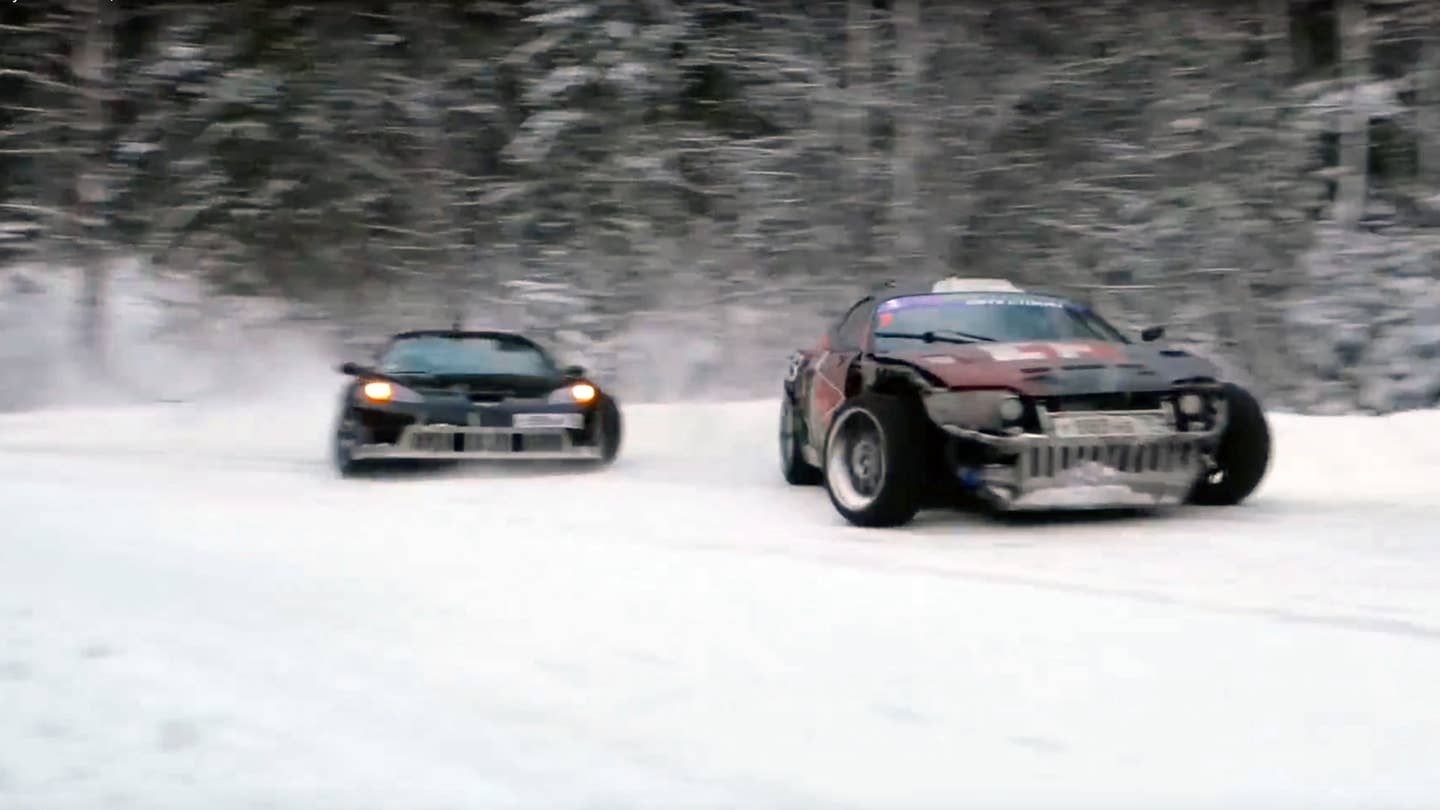 When you see a heavily-modified Toyota Supra and a sixth-generation Chevrolet Corvette Z06 about to face off in a drift battle in the midst of the Russian forest in a YouTube video, you hope it's going to be good. You hope it's going to feature a lot of engines bouncing off the limiter, plenty of dramatic drone shots from on high, a hard-hitting soundtrack, and above all else, cars going sideways every chance they get.

Well, guess what: This sucker delivers on every one of those. The only thing this video doesn't have is a backstory—and really, who needs that? The backdrop may look like Dr. Zhivago, but this isn't a character-driven epic complete with a bathroom break halfway through. It's a video about a pair of customized sports cars sliding sideways and occasionally bumping into each other.

About those cars. While the bumperless Japanese rocket has clearly been tuned to within an inch of its life, the Z06 has also been prepped for drift duty. A close examination of the brief shot of the car's interior reveals a massive, drift-spec hand brake sticking up from that plastic-y, Old GM-spec center console.

The video promises that it's the first part of several, so hopefully there'll be more to come. In the meantime, we suggest busying yourself by watching The Drive's own winter-driving video from the Team O'Neil rally school.

Oh, and we do want to give you a trigger warning before you watch, though: Anyone offended by Kid Rock's shitty 1998 single "Bawitdaba" should definitely not view this video.

You’ve Been Doing the Scandinavian Flick All Wrong

So let the crew at Team O’Neil rally school show you how to do it right.