This Corvette is an oddball creation made by a custom shop and it’s up for sale for lovers of the weird.

One of the most controversial cars that’s made its rounds over the recent years is this four-door Corvette from the C3 generation. While you might wish it was just photoshopped, it’s actually real, and it could be yours—if you want it.

Yes, this car is real. No, it’s not made by GM as the ad would lead you to believe. Even though the posting states that it is a “1980 factory original four-door Chevrolet Corvette,” that would really depend on whose factory you’re talking about here. Back in 1980, California Custom Coach made five of these Chevy Corvette sedans and one prototype for a total of six, a figure the ad gets right, but the origin is wrong.

The custom shop was obviously very good at what it did since it looks like a stock option, and it's fooled plenty of people into thinking this came off a GM production line. This Corvette has been lengthened 30 inches, and the custom bodywork has added 500 pounds to the overall weight, but it does have four-seats so if you’re looking for a car that’s both practical and confusing, now’s your chance to bring it home. Still, it might not fit in your garage.

Regardless of its wonky proportions, it's still got a 350 cubic-inch V8 under the hood. The Corvette was offered with two different engine options in this displacement, one making 190 horsepower while the other made 230 hp. The listing doesn't specify which one is fitted here, but we'll give it the benefit of a doubt and suppose it's packing the more powerful punch for good faith's sake.

This example has about the same verbiage in the ad as every one we’ve seen pop up for sale from year to year. It claims to be "one of the last" since the other ones have burned up in an accident, or they were stolen by Bigfoot.

The seller is asking $216,427 while offering that “no reasonable offer will be refused,” but they probably wouldn’t appreciate most people’s valuation of the build—not to be too harsh because we’ve seen much worse. Still, if you want to own a campy Corvette creation that looks like a rolling April’s Fools joke, now is your time. 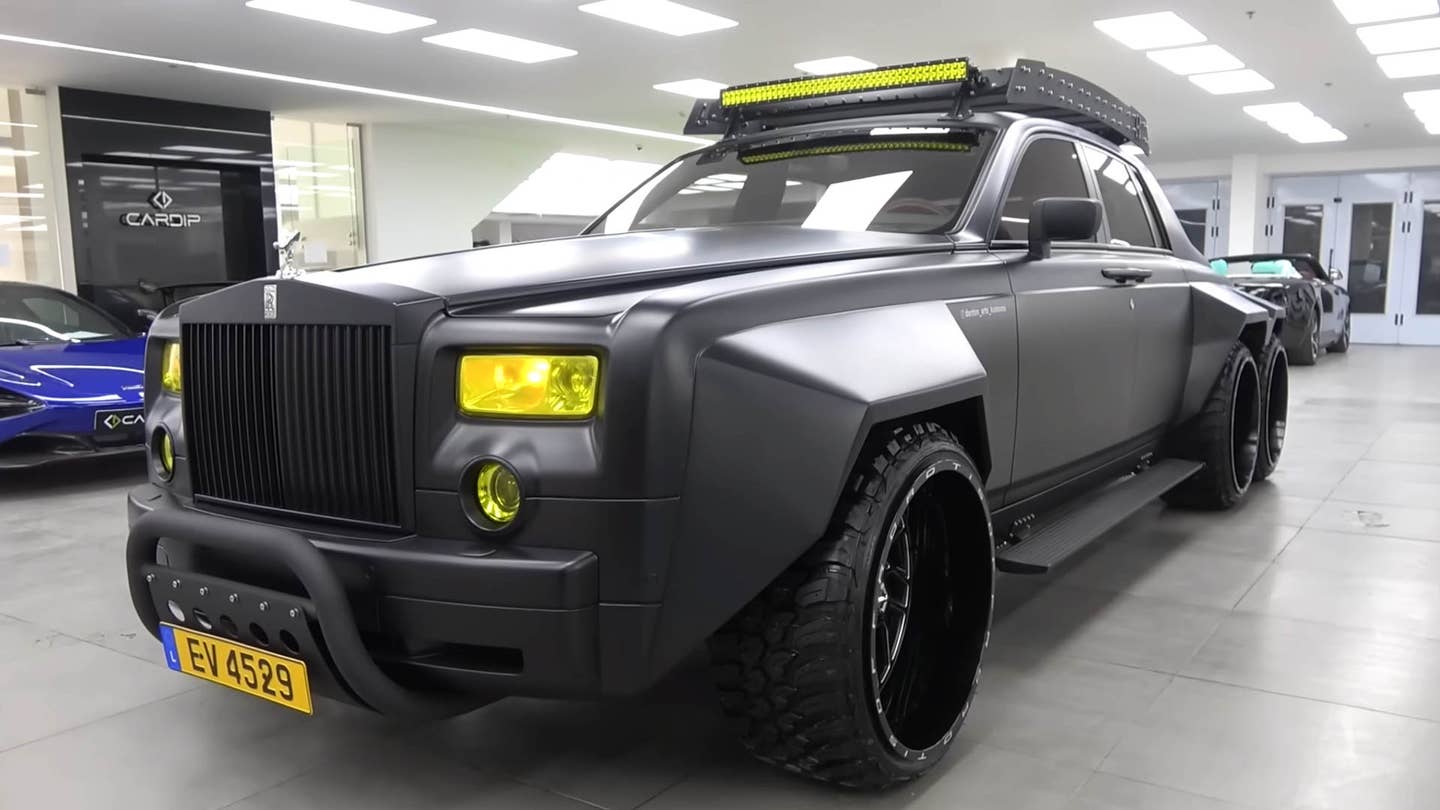