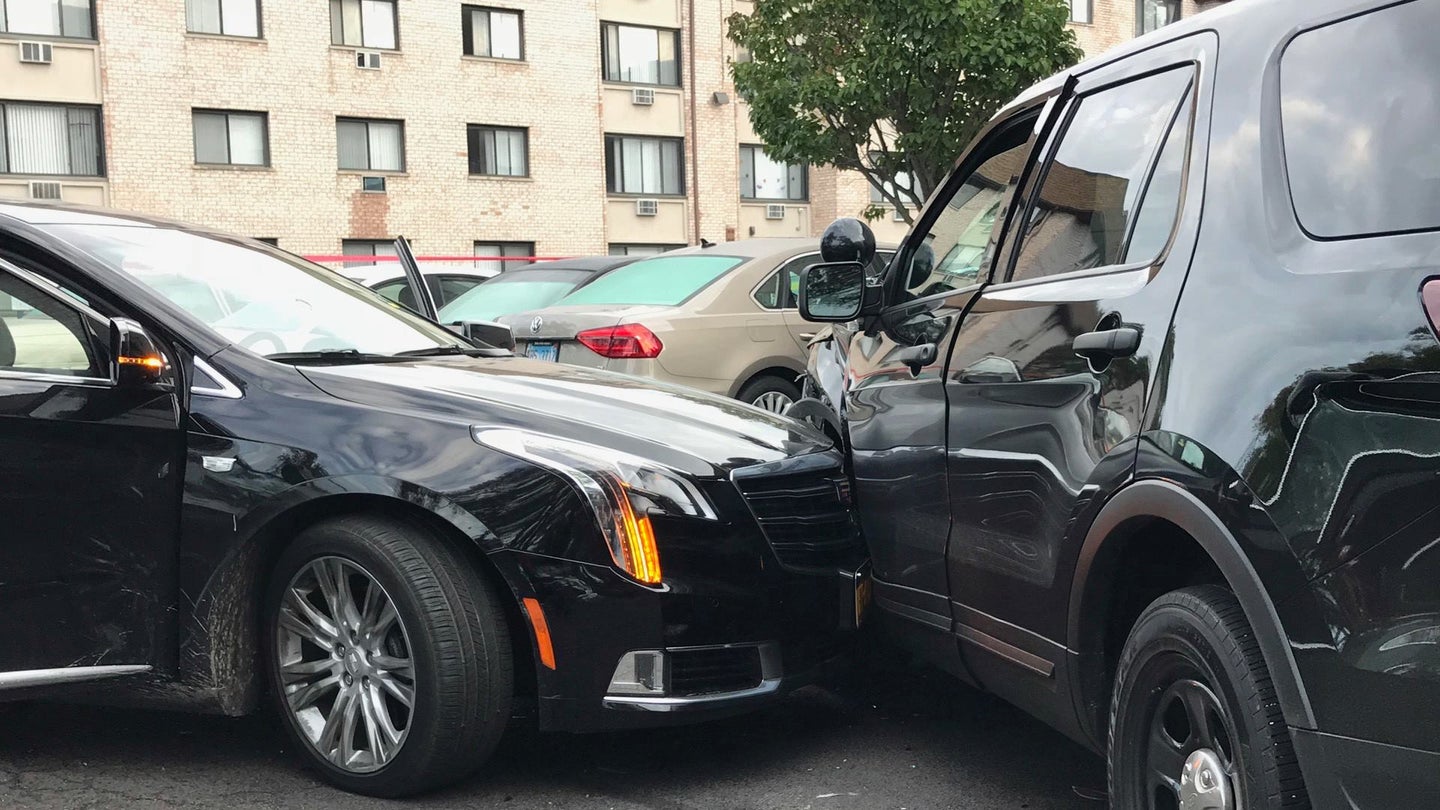 An Illinois police officer opened fire on the driver of a Cadillac XTS on Wednesday morning after the suspect behind the wheel charged at officers in his car.

Police say that Jamal Campbell, a 25-year-old from Chicago, was drag racing his Caddy against a Dodge Challenger through a Mount Greenwood neighborhood at 2 a.m. Police reportedly spotted the Cadillac idling in a nearby parking lot and ordered Campbell out of his vehicle. According to a statement issued by the Alsip Station Chief, Jay Miller, that's when the Cadillac instead drove towards one of the officers.

Reports read that the officer could not get to cover, as he was standing between a row of parked cars and his squad car. As a result, the policeman fired several shots at the Cadillac, as the vehicle struck several parked cars before coming to a stop against the officer's patrol car.

Campbell was shot twice in the shoulder and received medical treatment by the two officers already on the scene. Shortly afterward, he was transported to the hospital where his condition was reduced from serious to stable condition, according to local news.

As of Wednesday evening, the Sun Times noted that Campbell had not been charged; however, he is wanted on an outstanding warrant for a drug charge in Indiana and, without providing specifics, notes that the suspect has had a "violent history."

Chicago police were called to the scene, as the shooting occurred in the Chicago precinct's jurisdiction. The incident is reportedly being investigated as aggravated assault. Additionally, the Illinois State Police have been asked to step in to investigate the Alsip officer's involvement in the shooting to “avoid any appearance of a potential conflict of interest,” per Chief Miller's statement. Both officers are placed on administrative leave, per protocol, and are said to be in previously good standing with the department with no prior involvement in a shooting.

The man texted his girlfriend and said he was ‘going to eff up the Uber driver.’

A 2018 Hyundai Elantra was given to the seventh-grade science teacher who was shot three times.