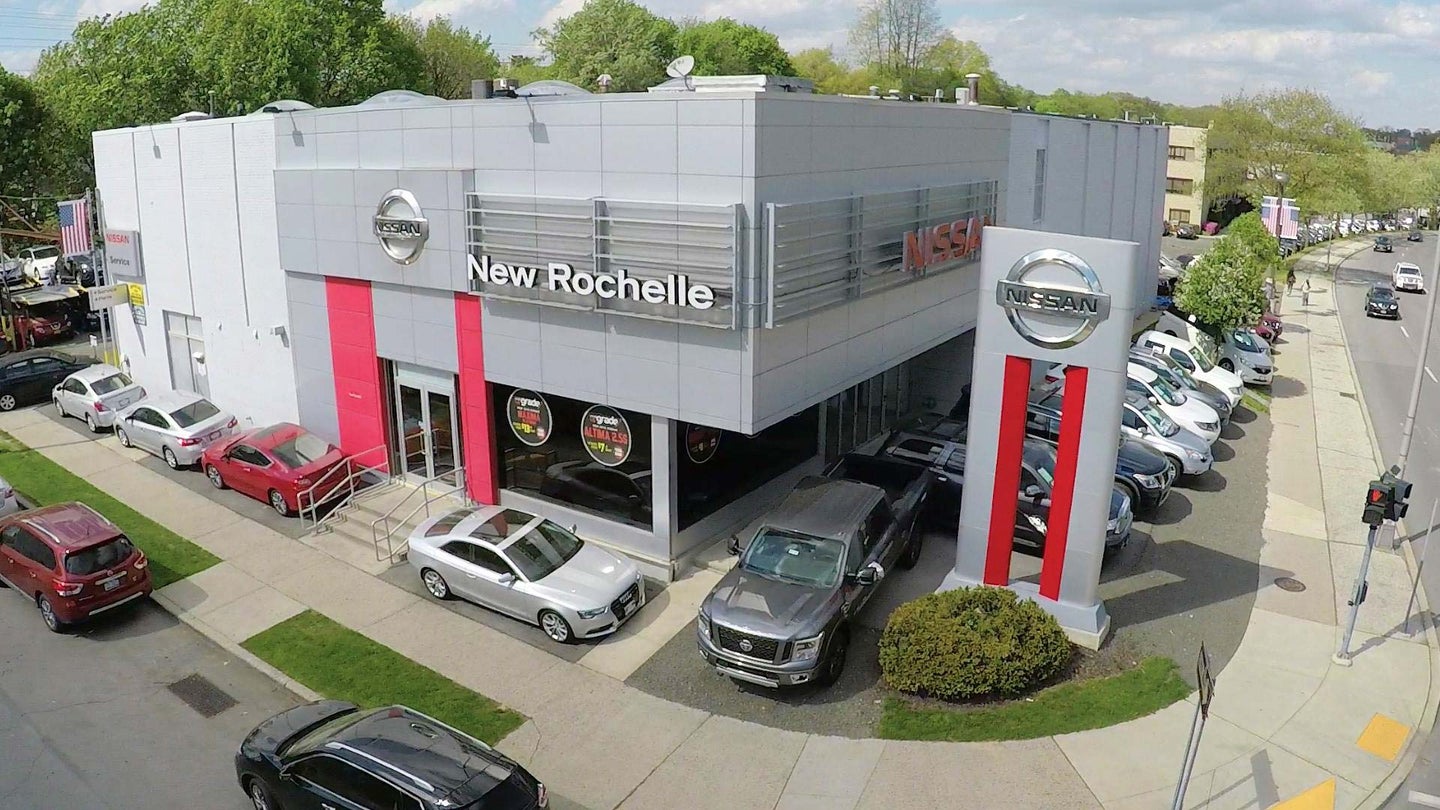 We've all had our fair share of unpleasant experiences at car dealerships. Although many showrooms are run like a well-oiled engine, some are just, well, greasy. Unfortunately, sometimes new owners fall into the bad habits left over from a pre-existing version of a dealership—which is allegedly the case with Anthony Panarella, owner of Nissan of New Rochelle.

According to a report from Automotive News, Panarella purchased Nissan of New Rochelle three years ago after spending eight years as a general manager of a Nissan dealership out in Queens. Allegedly unaware of the shady practices that were already going on at the dealership, Panarella kept the pre-existing staff and maintained a more laissez-faire attitude regarding daily sales operations.

Apparently, this wasn't the best idea. According to reports from the New York State Attorney's Office and Panarella, four of the dealership's finance and insurance practices were deceiving customers into purchasing a product called "Total Loss Protection." This after-sale purchase allegedly had the dealership etch the VIN on a hidden part of the rear window to prevent auto theft. However, services were never rendered, except for certain cases where a sticker including a registration number was placed on the inside of the door—not at all what the Total Loss Protection packaged entailed.

Furthermore, these blind charges were added to customer bills near the end of transactions without truly informing the customer what they were getting, according to AN. The charges have allegedly ranged from $215 all the way up to $5,000. If that wasn't enough, the F&I managers arranged a shady "offer" in which they would give owners $3,000–$5,000 in dealer cash towards a new car if it the old vehicle were stolen—but all dealer cash would be voided if the dealership risks not making a profit. In other words, said new car would have to start at more than $5,000 above dealer invoice to even remotely give customers a chance of seeing their "cash" put towards a new car.

As a result, the dealership now has to cough up $276,000 in payback to customers due to deceptive practices conducted by his finance and insurance managers, as well as more than $20,000 in other fees and settlements. In addition, Panarella has cooperated with the NYS Attorney's Office, fired four F&I managers, retrained his staff, hired a human resources team for vetting purposes, and performed several other measures to restore his dealership's brand.