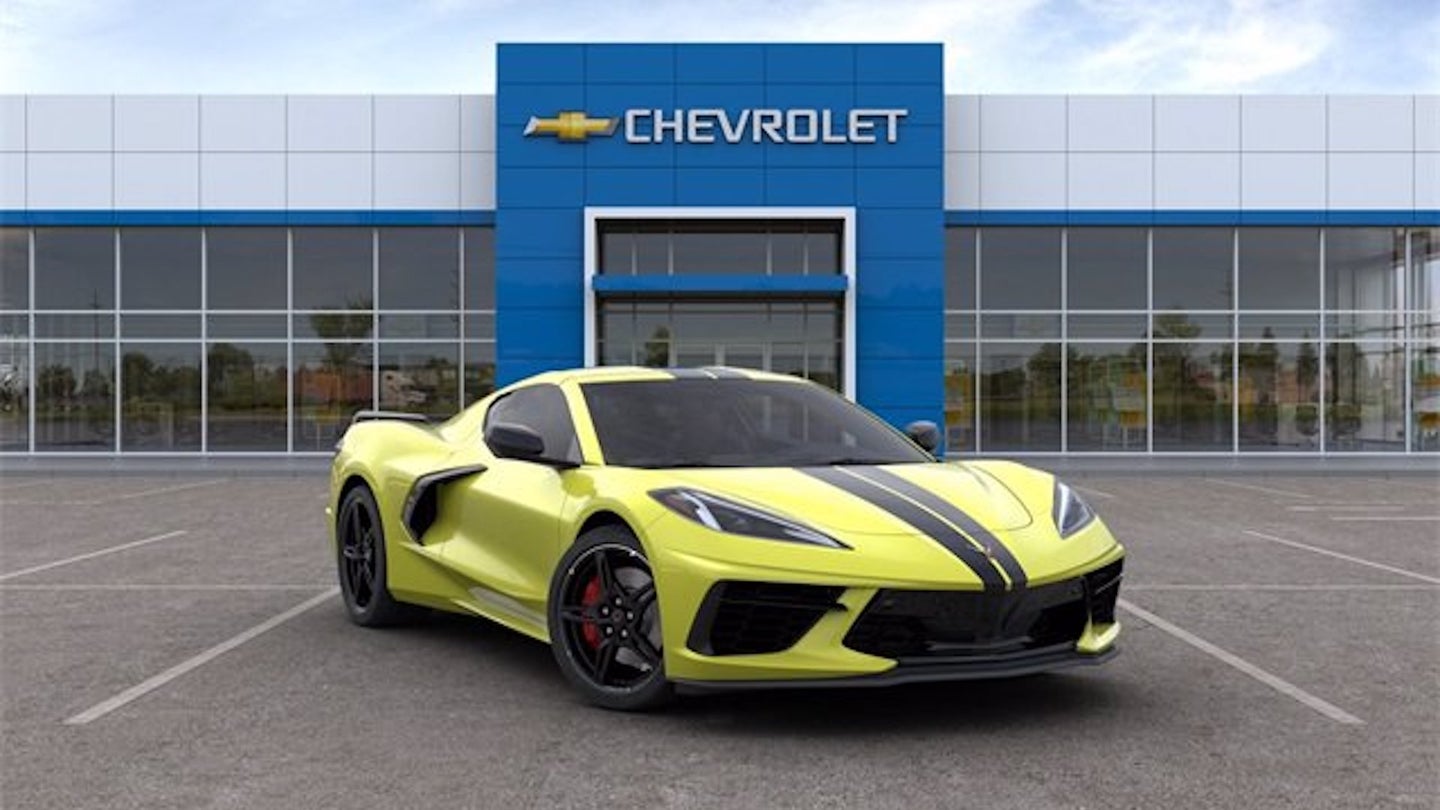 Tales of dealership shadiness are pretty commonplace—always have been, always will be. The reality is that dealerships have to make money, but the consumer wants to save it, which is a pretty obvious conflict. A thread on Corvette Forum tells the tale of one of these conflicts. Here it goes: a buyer orders a C8 Corvette to his specifications, it's set to arrive at the dealership, but at the very last minute the salesman tells the buyer that he must finance the car instead of paying cash as intended. To be specific, he must agree to finance at least $10,000 worth of the MSRP because "every new Corvette deal has to include some part of it financed thought them," per the dealer.

There are several theories going on as to why the dealership would want to tack on a loan to a cash buyer. First and foremost is the compensation involved. If the finance people can lock in even a few percentage points on the $10,000 principle, they're looking at an actual payday—albeit a small one—but we must remember that new cars aren't moneymakers to begin with. Per the forum thread, the salesman allegedly told the buyer that he would need to make the first three payments for the deal to go through. So not only does the owner have to change his intentions to pay cash and finance instead, but he must also upkeep this loan for at least 90 days. It's possible that the loan has a 90-day vesting period, meaning if the loan is alive for that long, the dealership will probably get a kickback or full-term payment from its bank, which is likely GM Financial.

Clearly the buyer can pay off such a small loan if he's got cash to buy a new 'Vette, but it's the principle we're talking about here. A $10,000 loan even at an unreasonable interest rate doesn't add up to a ton of money. He says in the thread that he's comfortable paying off the small loan, but what's nefarious is that the dealership insists that it's just the way things work. It sounds like if he doesn't like the dealer's terms, he can go kick rocks and find another C8 somewhere else.

Clearly the dealership is going to such lengths to try and make him accept the loan for a reason, and that reason is most likely money, especially now during the pandemic. Another user on the forum thread suggests that perhaps the dealer is trying to get him to abandon the deal and buy somewhere else, so it can sell that car to another customer at a higher price plus the full financing.

We asked Tom McParland, a contributor to The Drive and an expert on car buying for some answers. "It seems like the dealer is making the loan a condition of the sale," said McParland. "They have an allocation for this car but they did not take a deposit. It seems they agreed to an MSRP price as long as the customer gets a loan for a portion of or all of the transaction. There is nothing preventing this customer from taking the loan, getting the car he wants and paying the loan off immediately with his cash."

"Dealers can make conditions on their sale if they want to, just like a $10,000 markup on a hot car is a condition of the sale," he added.

It sounds like there's nothing (legally) wrong with this practice when you look at it from both perspectives. Would I be upset if a dealership wanted me to pay extra all of a sudden for the new car I ordered to my exact preferences? Yes. Are dealerships struggling to make money during a pandemic? Yes. It's a two-way street where, at this point, it's not really clear who the loser is. The small payments from the loan are pretty insignificant, the buyer still gets his car for very-near MSRP, and the dealership probably makes a bit of a kickback.

Yes, it's a lie that part of any C8 Corvette purchase has to be financed, and that's definitely shady on the dealer's behalf. In addition, it also sucks that a person can't simply walk in with a bag o' cash and buy their dream ride. It sucks that they have to jump through hoops just to give a dealer their hard-earned money. Perhaps these two points are really the shadiest parts of the whole thing.

We contacted the customer to get more information on his car-buying journey and we will update this story when we hear back.