Inspired by Porsche's iconic 908-010 K and the neurotic attention to detail that birthed it. 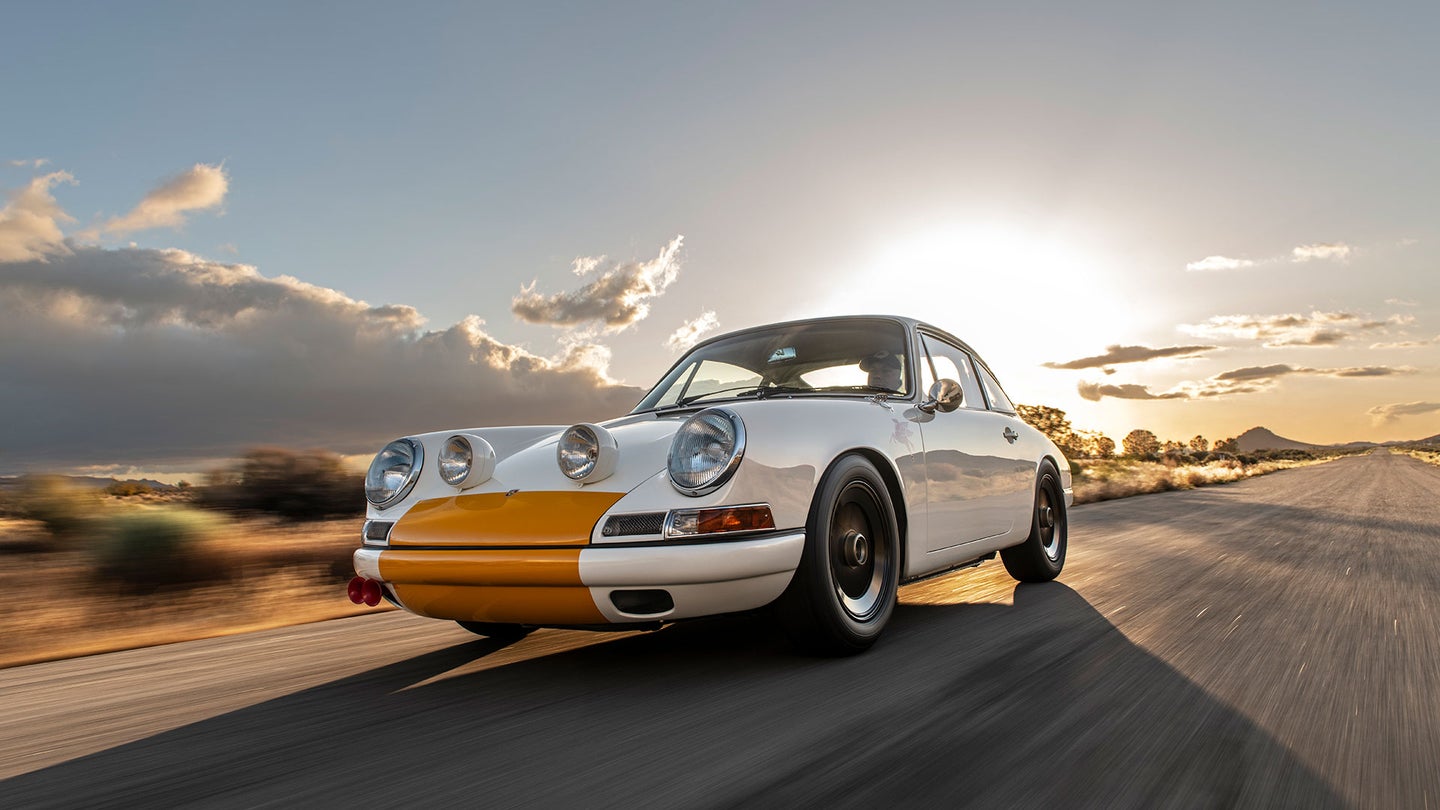 First glance cues you to the car's inspiration. The Signal-Yellow and Ivory paint job. The rally-style auxiliary lights. But a closer look reveals a laundry list of small and, in the case of its custom 15x7 908-inspired 5-spoke center locking wheels, big details that add up to an homage that proves Emory Motorsport is one of the best Porsche builders; ever.

“We did this 1968 911 SWB as a one-time commission for a special client,” said Emory, adding, “The inspiration for this car comes from Porsche 908-010, a K-bodied sports prototype once piloted by Vic Elford. The design cues and livery from that car lend themselves beautifully to this build.”

190 horsepower propels the 911K’s stripped out body via a 2.5-liter twin-plug flat-six from a later year 911. It's further fitted with an MSD ECU, Weber 40, IDA 3C carburetors, a 935 “flat” cooling fan and shroud, and a hand-laid amber fiberglass airbox. A set of 911 S alloy calipers with custom rotors and hats pair with Pirelli CN36 rubber to make a car as quick to stop as it is to accelerate.

908 inspiration continues inside where you find Spanish Red Veltex seat covers and a MOMO 5-point competition harnesses to match. A Prototipo steering wheel and shift knob paired to a 901 five-speed transmission leaves nothing but the essentials, an ethos continued through the removable rollbar, lightweight door panels & pulls and leather window straps.

The 908-010 K—"Kurzheck" meaning short-tail, a reference to the car’s distinct body style—from which Emory’s 911K draws inspiration was one of the first closed-cockpit works prototype cars. Alongside a 350 horsepower 3-liter flat-8 engine, the 908’s body design was an evolutionary step from the 904, 906, and 907 that preceded it.

Echoing the essential design language that birthed the original 908, Emory motorsports said that every aspect of their 911K is designed with speed and agility in mind, the final effect of which is a car deeply inspired by the past, yet undeniably set in the technology and precision of the present.

If only we were the ones who had commissioned Emory...