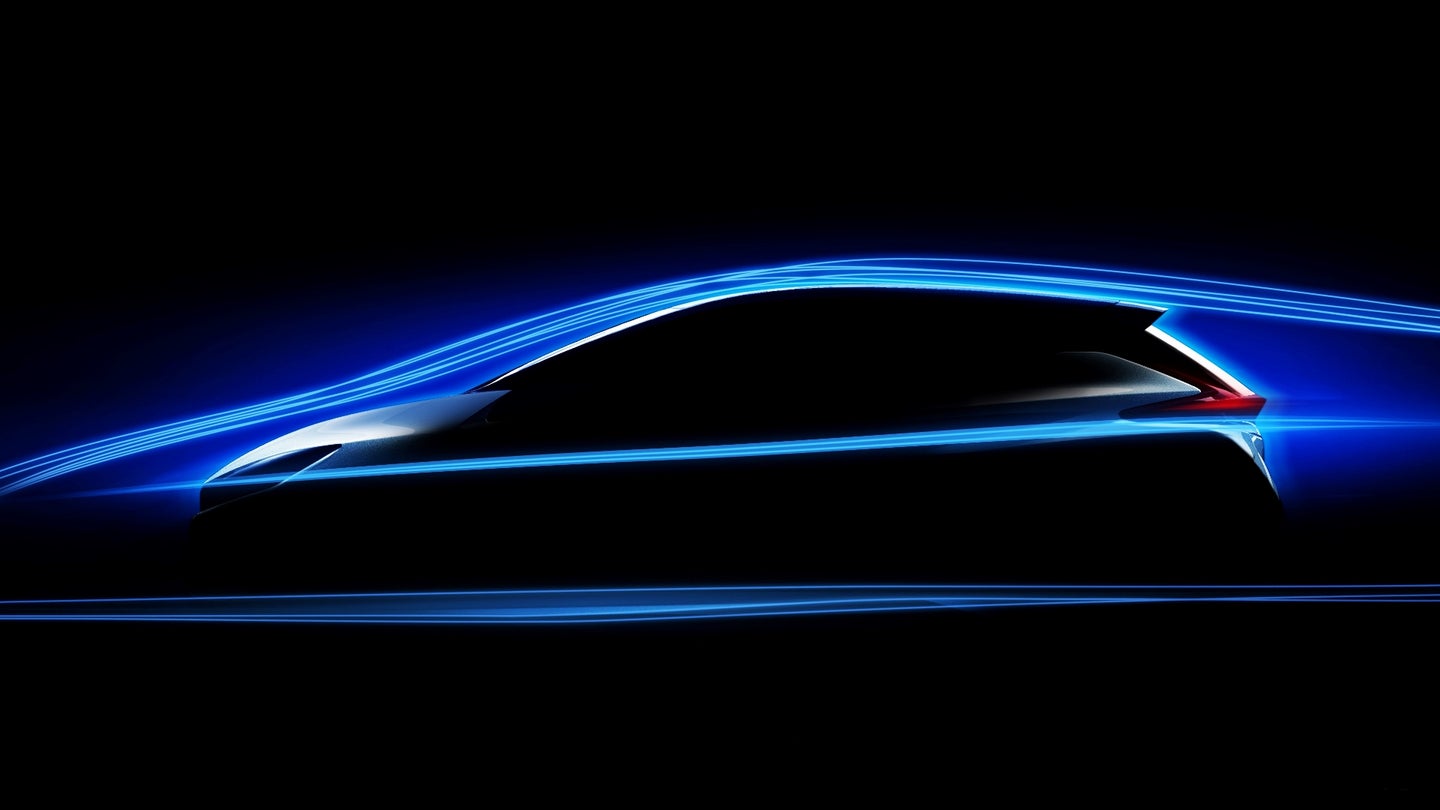 The latest installment in a series of trailers hyping the new Nissan Leaf focuses on the aerodynamics of the car. In addition to the brief video, we get a new teaser image that gives us our best official look yet at the new EV.

The side profile shown in the new teaser image matches up with spy shots that have been making their way around the Internet. It looks more like a normal hatchback than its predecessor while still having its own distinct shape and image. We get a decent view of the headlights and taillights which look very Nissan along with a floating roof like the one on the Murano and the Maxima. Like the current Leaf, it’s unlikely that anyone will mistake this car for anything other than a Nissan Leaf.

“The new Nissan LEAF will feature improved aerodynamic design that makes it even more efficient, allowing drivers to travel farther on a single charge," the press release said."Aerodynamics is key to how efficiently an electric car moves. Less drag and better stability enable the vehicle to drive longer distances before having to recharge.”

The new trailer opens with the line “It’s amazing when nothing holds you back,” referring to the aerodynamics of the new Leaf. Then we see an animation of a rectangle in a wind tunnel being whittled away into a shape that resembles an airplane wing. Then we see a line drawing of the new Leaf cutting through the air giving you “quieter, smoother, more efficient journeys.”

Expect the official full reveal of the new Leaf on September 5 with availability coming shortly after.

Nissan’s ProPILOT Park is much more autonomous than parking assist systems we see in other cars.