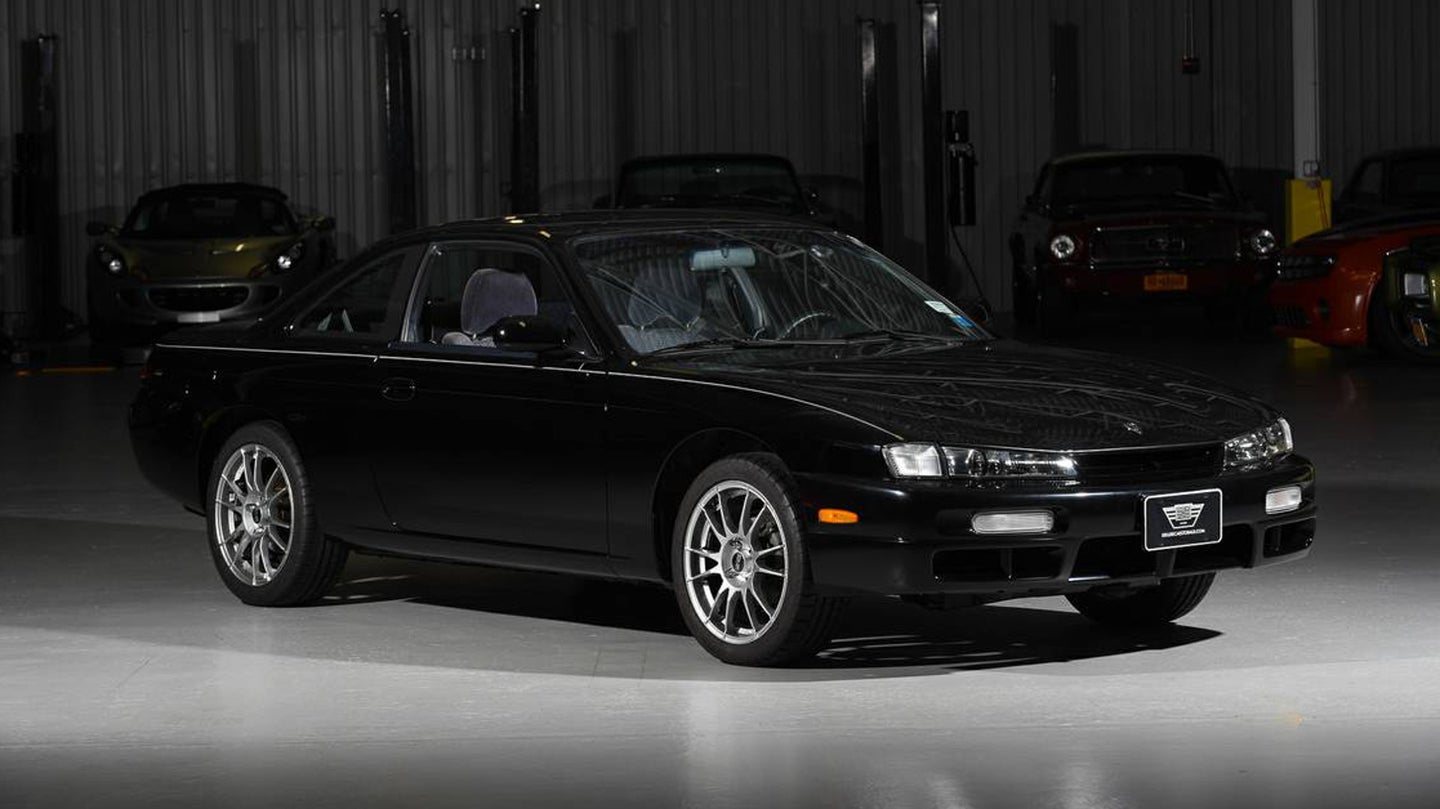 There's something about a perfectly preserved car from the mid-range past that stirs the imagination. Maybe it's that our minds have grown accustomed to seeing them degrade before our very eyes on the road, or the inherent contradiction in labeling and treating a car that's not old enough to drink yet as a classic. Sometimes, though, it's also the story of how that car came to be a rolling time capsule, like this ad for a 1997 Nissan 240SX with 676 original miles on the clock in New York that's spread around the car internet this week.

There's only one problem. It might all be a lie.

The original ad reads like something out of a Hollywood script. The one and only owner (identified by his initials, BV) writes that he originally took delivery of a new 1997 200SX from a dealership on Long Island that year, only to discover the car wouldn't idle correctly on the drive home. Five unsuccessful trips to the service counter later, and both car and owner were drawn into what he says was the first-ever successful Lemon Law lawsuit against Nissan. Imagine the John Travolta classic A Civil Action, but with Japanese cars.

As a result of the case, the owner was reportedly given the option to upgrade to a '97 240SX. Unfortunately, it arrived with another major red flag: when he brought it home and attempted to change the oil, he discovered signs of serious water damage. A little digging revealed the car had been submerged in a flood at another dealership, and a quick trip back to the courthouse saw the same judge order Nissan to replace the car again.

There was just one problem. BV writes that by this point, production of the 1997 model year had wound down. However, Nissan also allegedly built one last "display" model of the car to show off at auto shows. The car was so pampered that it had its own bespoke mahogany crate for shipping, and the judge ordered the company to turn it over once he caught wind of its existence. BV claims the car is unusually well put together, featuring a rust-resistant "DuraSteel" body." Given its provenance, he decided to spend the next twenty years maintaining and preserving the car with meticulous precision. Based on the pictures, it's hard to deny his efforts.

Obviously, this is a pretty incredible tale—and given how the collector's market values a good backstory, a decent part of that $125,000 valuation as well. And the details included about the lawsuit, including a note that Nissan aggressively fought the first case so it wouldn't have to change advertisements claiming their cars had never been Lemon Law-ed, are bold enough that one would think there'd be at least some information (contemporary or otherwise) surrounding it available online. Same goes for the second suit, the result of which BV claims cost a senior vice president her job.

Strangely, though, The Drive had no luck finding anything in press clippings or county and state court databases. So we reached out to Brian Collins, the manager of Deluxe Car Storage and the man who's handling the sale, with a few questions. He filled us in on how the car came into his exotic car warehouse—a friend mentioned he knew a guy who was ready to sell some kind of crazy-low-mileage Japanese coupe, and he followed the lead—and confirmed the car's incredible condition inside and out. The man was so intent on maintaining its perfect condition that he built a set of custom ramps that allowed him to store it in his (very accommodating) sister's living room during the winter. The only thing wrong with it, he said, is that it's an automatic.

He allowed that he hadn't seen any documents related to the car's extensive backstory, but he believed it was true ("He would have to have the most vivid imagination ever to make all this up") and offered to connect us to the owner himself, a "real nice guy" named Bruno in his mid-sixties. Collins added that Bruno seemed "very emotional" and had tears in his eyes when he dropped the car off for what could be the last time should it sell. When asked if anyone from Nissan had reached out, he mentioned that a former employee and self-professed 240SX fanatic had emailed him, asking for the VIN so he could run down some more details on what appeared to be a very special car.

It was prescient moment, as it turns out. Less than 10 minutes after hanging up, Collins called us back to say he had just received an alarming set of text messages from the former Nissan employee. The story was likely bogus, the man wrote, as a base-model 240SX would never be used as a show car. The detail about the mahogany crate just made no sense. The VIN didn't line up with the tale, and he questioned why the car has what appears to be a Jaguar badge on the rear instead of the Nissan logo.

And when you stop to think about it, there are a number of apparent gaps in the story. A judge really said "Five of you to fight one honest customer?" to Nissan's lawyers and ordered the company to turn over a valuable display car? The dealership really tried to pass off a muddy-bottomed, flood-damaged 240SX as brand new after the negative publicity of the first case? The whole saga really forced a top executive to resign?

Further muddying the waters is the owner's reaction to all the attention, something you kind of have to expect when selling a six-figure time capsule with a Hollywood-caliber past. After speaking with us the first time but before getting those fateful texts, Collins called him up to let him know The Drive was interested in speaking with him about his story. He was, in Collins's words, "reluctant."

He said he understood, remembering how the guy "had a hard time leaving the building" when he first dropped it off, but the texts from the former Nissan employee added a new layer to Bruno's reticence. When we spoke again on Friday, Collins told us the owner had basically settled on not talking to anyone about the car and passed along a message.

"He’s like, 'Look, you wanna dig around and find the legal stuff for it? Be my guest. I’ll release whatever information you can dig up, but I’m not gonna start unearthing files from the past. And I’m definitely not going to talk about it,'" Collins said. "If the story is not true, this guy has the most vivid imagination ever. If the story is true, it adds a little coolness to the value of the car, but I don’t think it changes the fact that it’s still a 600-mile 240SX."

Collins talks like he's suspicious of the story, but wants like hell for it to be true, and for the "nice guy" he's been dealing with to not turn out to be a liar. And the ads—both on Craigslist and Hemmings—remain live, because as he put it, "none of this changes the fact that it's still a 600-mile 240SX." He's also not sure that the former Nissan guy is as connected as he says he is, having never met him in real life.

There is one more avenue that might yield some information, of course: Nissan itself. But alas, after repeated requests, the company emailed The Drive a short statement declining to comment.