The Lexani Cadillac Escalade Is a Flightless Jet

Aeronautical details bring flash, but not flight, like an emu’s wings. 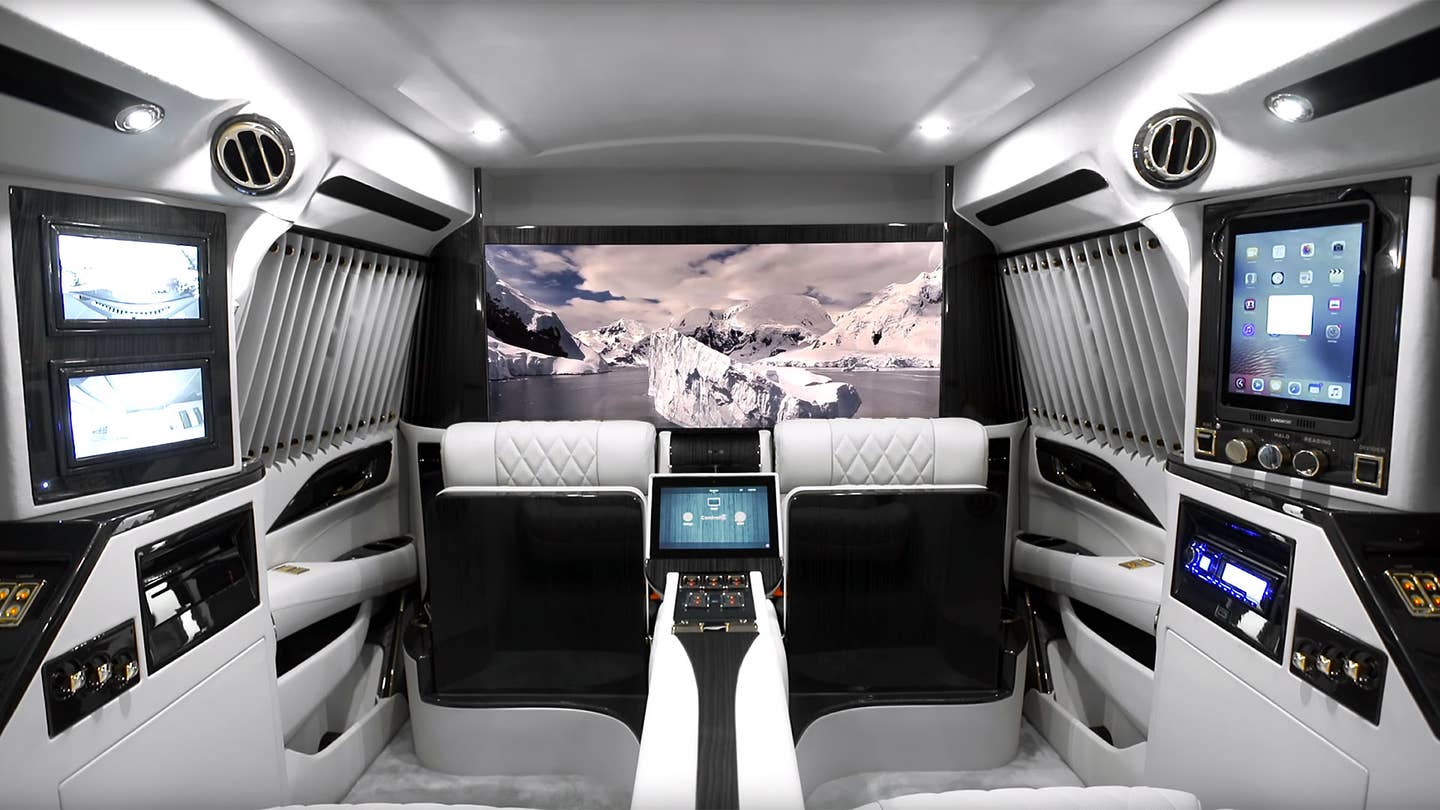 Though we're sure they wouldn't cop to it, many of the world's tackiest custom coach builders must have Liberace posters on the walls of their workshops, with the man's famous quip, "Too much of a good thing is wonderful," written above a pompadour in silvery script. How else to explain gilded disco balls like the latest project from Lexani Motorcars, a Cadillac Escalade with an interior done up in quilted white leather and gold leaf?

According to the company, the so-called Sky Captain was influenced by both "planes" and "pianos." (We imagine an earlier vision board may have included "chandeliers," "champagne," "caviar," "AK-47s," "signet rings," and "seal blubber hand cream.") The jet apparently leant the idea for captain's chairs and fold-down tray tables, while the piano lends its mirror-finish black trim. In the back, the white quilted-leather seats have heating and massage functions and are placed just behind a curving, 48-inch Samsung screen, for watching footage of your last whale hunting excursion or night club brawl. In a pinch, two jump seats fold down, Land Rover Discovery-style, for smaller children, larger dogs or lesser henchmen.

Speaking of nefarious activities, the Sky Captain, My Captain can also be equipped with up to B7-levels of ballistic armor, so that no one will be able to penetrate the skin of this, your whale, trimmed in gold.