Nature Is Healing: The 2022 Cadillac Escalade Has Super Cruise Again

The chip shortage took it away, but now, GM’s impressively capable driver assist is back. 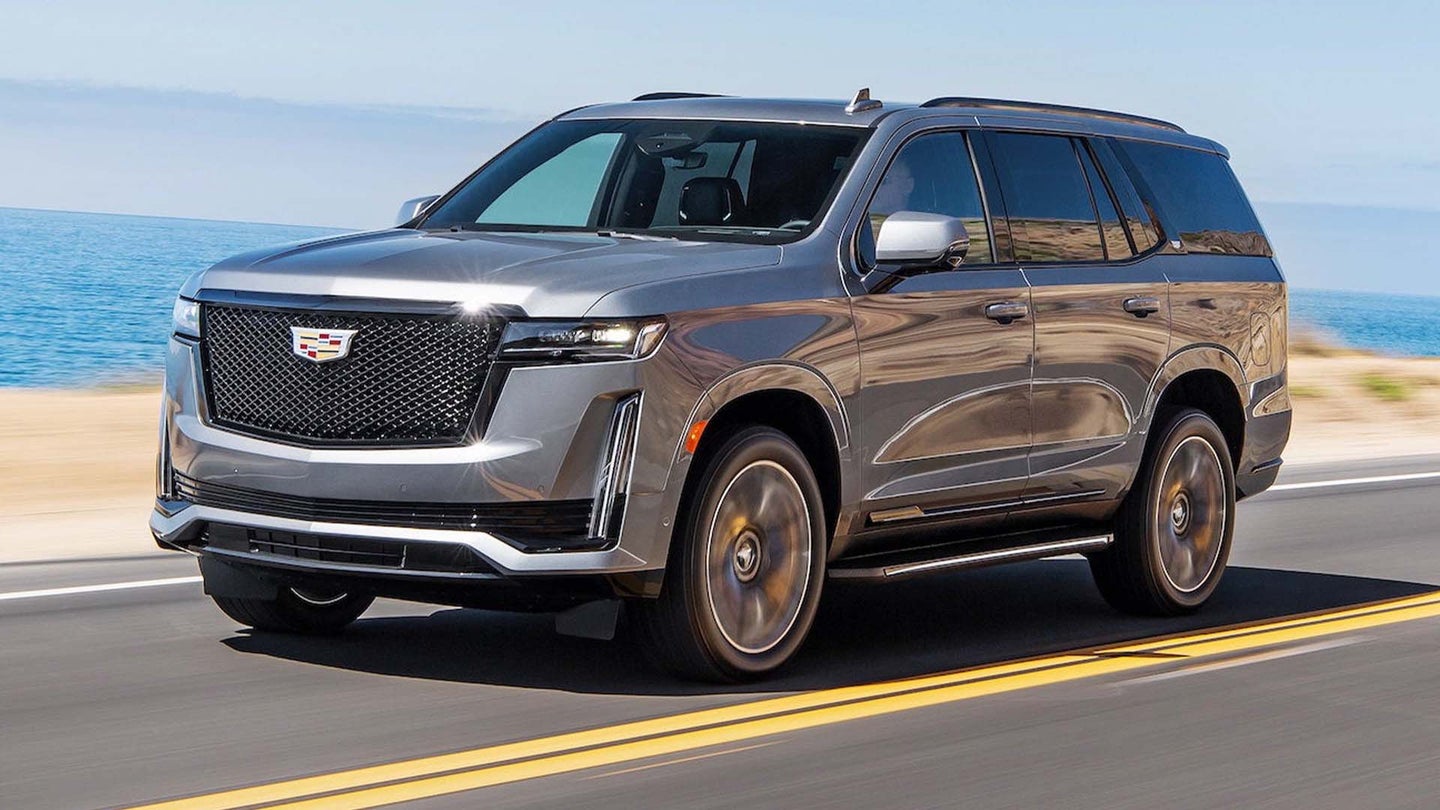 It's no secret that the global semiconductor shortage has kept the auto industry from building cars. As a temporary workaround, many automakers have opted to remove non-essential tech features to keep production lines flowing. Among these, Cadillac had to yank its golden standard Super Cruise driver-assist system from the Escalade a couple of months ago. Now, though, the feature is back.

Super Cruise's comeback was reported on by multiple outlets, attributing to the feature's apparent return on Caddy's online configurator. Speaking to The Drive, a Cadillac spokesperson confirmed, "Yes, we began building Escalades with Super Cruise again this week."

GM's impressively capable ADAS isn't available on the base Luxury model, though every other trim can be equipped with it. And while this news may sting for upper-trim Escalade buyers who happened to purchase within the relatively short Super Cruise-less production window, give it a couple of decades. That de-optioned truck may eventually become an interesting time capsule. Maybe not, though.

Although the chip shortage as a whole is far from over, the fact that automakers like Cadillac are putting previously-dropped features back into their cars is a sign that the fiasco is starting to alleviate, however slightly. Anecdotally, I was finally able to purchase a PlayStation 5 this past week without the help of any scalpers or bots, so there's that.

Let's hope more automakers will soon be able to follow in Cadillac's footsteps in putting back features that had to be culled.

Got a tip or question for the author about chip shortage woes? You can reach them here: chris.tsui@thedrive.com

The 2022 GMC Sierra can pull a trailer hands-free, and it can overtake slow-moving traffic hands-free, but not both at once.