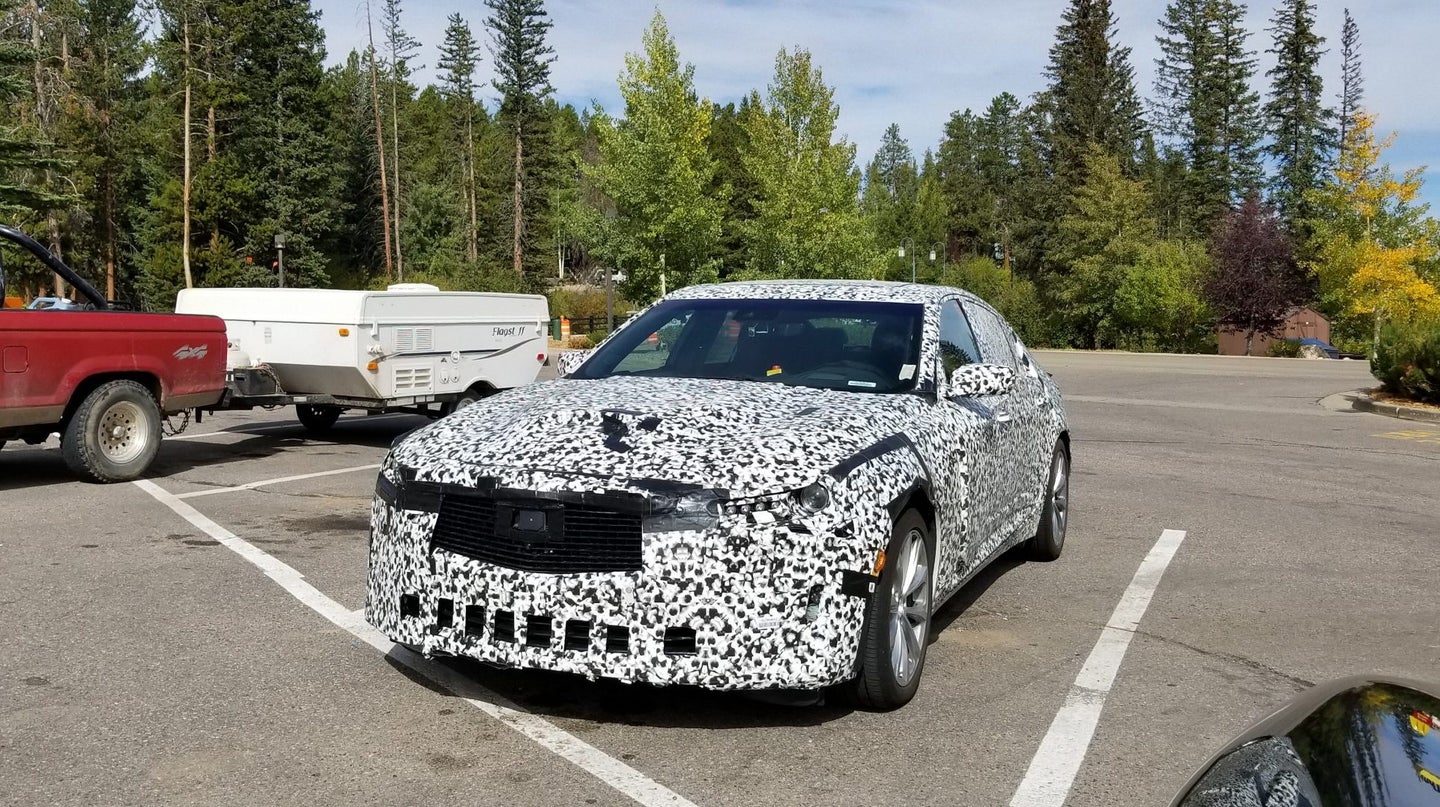 A prototype of the Cadillac's next compact sedan, thought to be named the CT3, has been spotted performing high-altitude testing in Winter Park, Colorado.

This particular test mule wears a disguise meant to deceive onlookers into believing they see a Dodge Charger, as seen on the driver's side door and fake taillights, but they're just smoke and mirrors. Instead, its profile, disguise, and camouflage pattern match those of another (or possibly the same mule) spotted by Car Scoops in August. They identified the vehicle as either a CT3 or CT4, though analysts favor use of the CT3 name over CT4, so we'll roll with that.

Notable differences between the two mules include dual exhaust tips (the vehicle seen last month had quad tips), slightly altered taillight arrangement, and rear bumper cutouts, presumably for sensors relevant to Cadillac's Super Cruise semi-automated driving assist suite. A QR code pattern can be seen on the second-row window, though the photographer of this supposed CT3 did not check to see if the QR codes produced links to anything online, as QR codes often do.

The Drive reached out to Cadillac for additional information and comment on this sighting, and we will update when we receive a response.

Little is actually known about the next Cadillac compact sedan, as Cadillac's focus is reportedly on replacing its ATS and CTS sedans with the midsize CT5. Like with the CT5, we pray a "V" performance variant will come our way with this slightly smaller member of the luxury GM stable.