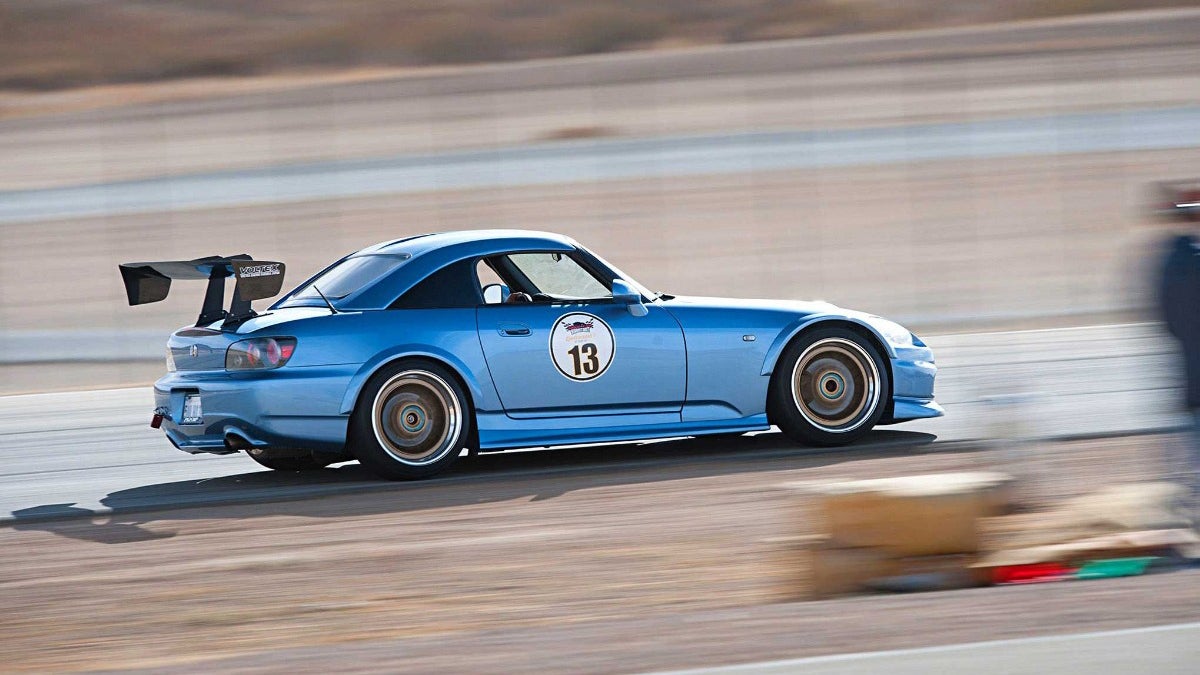 There's a reason why prices on the Honda S2000 have skyrocketed in the last few years. With a 50:50 weight distribution, redline at 9,000 rpm, and an open top, this car was near perfect right from the factory. Introduced in 1999, the S2000 set out to overthrow Mazda's MX-5 Miata as the best-selling roadster on the market—and for the next decade, it did just that. On the heels of its success with the NSX supercar, Honda sought to apply its VTEC system to other models in its lineup; little did the Japanese automaker know that in doing so it would go on to create iconic chassis which included the Civic Si, Integra Type R, and most notably, the S2000.

Although the car remained generally the same during its 10-year run, S2000s are divided into two generations: AP1, denoting model years ranging from 2000-2003; and AP2, denoting model years from 2004-2009. This 2005 model year S2000, then, falls under the latter category. The difference between the two is subtle but includes larger wheels, reworked suspension and steering, minor updates to the exterior, plus some upgrades under the hood.

Having previously owned three S2000s, the owner of this car knows a thing or two about these roadsters. The goal was to build a no-expenses-spared track car, and that's exactly what he did. Matt Farah had a chance to drive this car in the canyons and he was impressed:

A stock S2000 produces a spirited 237 hp, but slap a Kraftwerks supecharger on it and all of a sudden it's making 385 hp at the wheels. With all that extra power, it's important to have a proper cooling setup, as the owner mentions. Because it's a track-oriented build, this S2000 has no shortage of modifications. Even with the car having been out of production for going on eight years now, the S2000 remains one of the most desirable vehicles on the road today. Kinda makes you wanna go out and buy one, doesn't it?