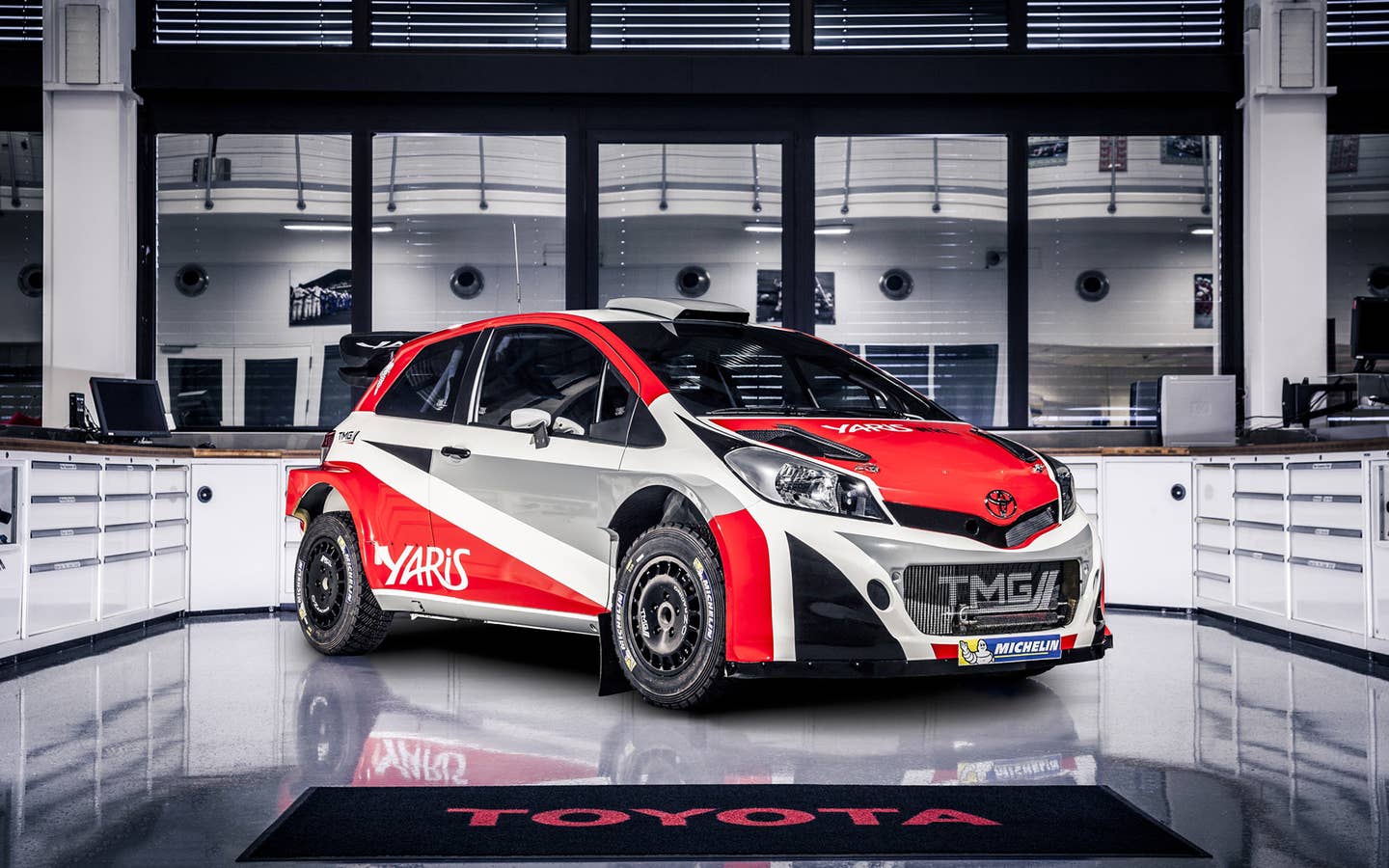 Toyota's on a roll with performance car releases, announcing that they will be developing a cranked-up Toyota Yaris to match their World Rallycross Championship competitor. This news comes shortly after the company's deision to produce a second generation 86, adding onto their sporty pedigree. It all harkens back to the days of the AE86 Trueno, bringing back the light-hearted spirit that we all loved -- something that's been missing for a while.

The sport themed Yaris certainly is promising. A new hot hatch is always exciting, especially when the said perfomance compact has a WRC brother! As you can see in the rendering, some of the design cues will carry over from its motorsport sibling. This is a step in the right direction for the Yaris, a car that has been drab for way too long in many of our opinions. It will be named the Yaris Gazoo, referencing back once more to the Toyota racing team.

Many of the details are blurry at this point. Toyota hasn't specified any powertrain configurations yet, leaving the field open to a host of engines that the company has in its arsenal. They don't have a recent history of small turbo engines to fit the contemporary hot-hatch bill, but that's okay -- we like naturally aspirated four pots too! That's what they're best at, anyhow. We can appreciate a zingy engine that compliments the Yaris Gazoo's small size and ample spirit.

The design seems to match the car's anticipated performance. Expect widened fenders as well as the small wing that's featured on the back of the initial concept. It will be a tough challenge to out-handsome the Fiesta ST, but if the real-world car follows through with the depicition displayed in the rendering, then it may stand a chance. These incremental changes should help seperate the Gazoo from its economy car roots.

We're praying that they bring this car to the United States. Toyota has been selling cars tinkered with by Gazoo in Japan for a few years, so it's about time that they do the same here. This move could encourage other manufacturers to step into the category as well, making for a potentially interesting competition. We'll keep you updated as Toyota releases more information, but keep you fingers crossed that we get it on our shores.