F1 Teams Are Stripping Paint Off Their Cars to Save Weight

Weight saving is so extreme in F1 this year that teams’ liveries are being sacrificed to keep ounces off the cars. 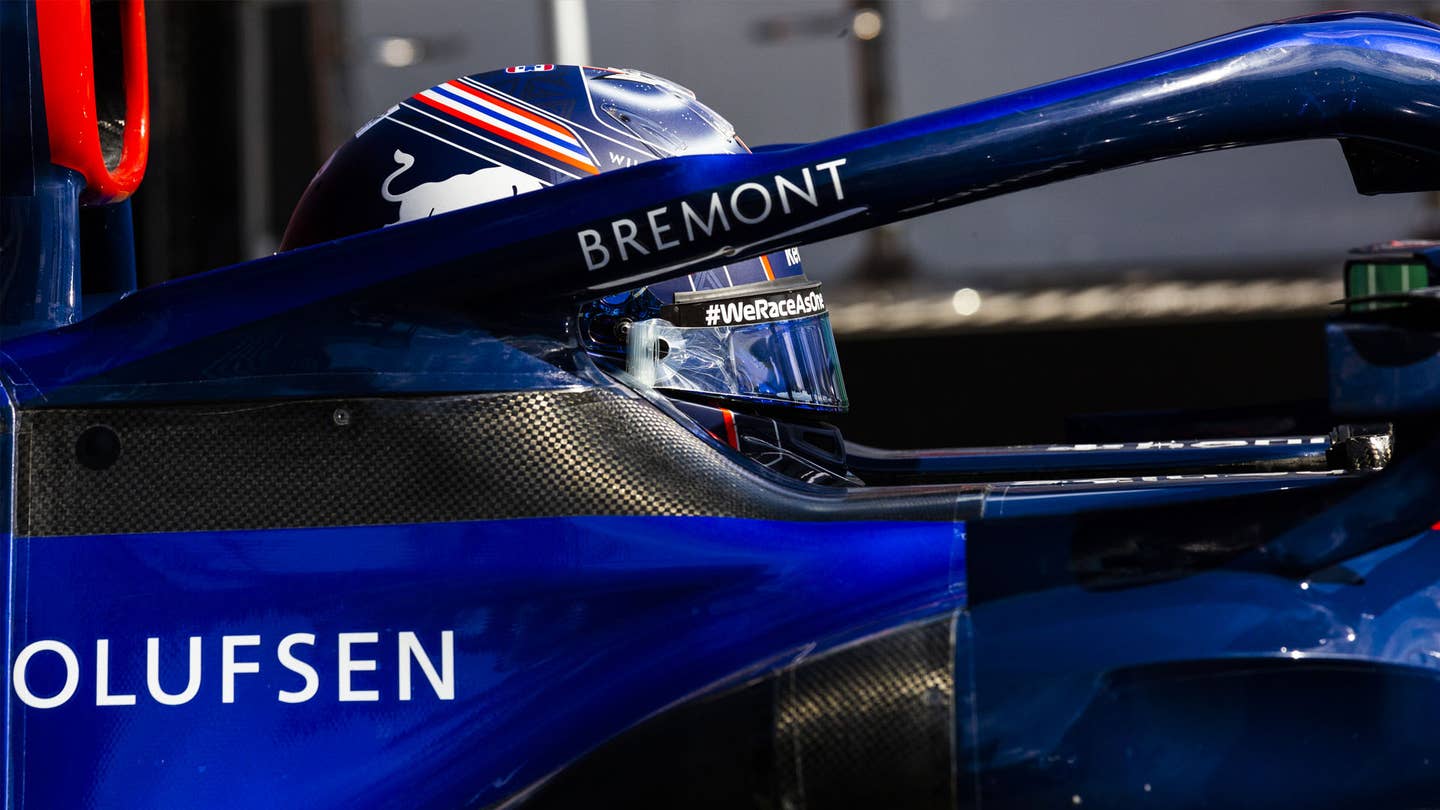 Formula 1 is having what the internet would definitely call a struggle with its cars this year. Out-of-control porpoising and nearly every team's build going way overweight are two of the most fundamental issues that engineers are wrestling with as they try to bring mid-season upgrades. Porpoising is having mixed results as teams fumble for a solution on their specific cars, but one thing most are agreeing on is that you can strip off paint to make the car lighter.

Indeed, F1 cars are now the heaviest they've ever been. The original regulations put them at a minimum weight—which is to say, the weight teams want to get absolutely closest to while designing the car—of 795 kilograms, or 1,753 pounds. Even that wasn't enough, though, with teams bargaining for a three kg increase after the first testing sessions.

The argument was that because F1 cars have a lot more common parts in 2022, as a cost-saving measure, teams are powerless to make savings in some places like the new, 18-inch wheels. Rather than teams sourcing or even fashioning their own wheels, now F1's rollers are all supplied by BBS, so there's no option for teams to vary what they're doing with them. There's a pretty extensive laundry list of other common parts to the 2022 cars, including things like the lift pump that appeared to be what failed on both Red Bull cars in Bahrain.

That might all sound a bit over-dramatic, seeing as teams do still construct their own chassis from scratch, sidepods or not, so there's a huge amount of scope to redistribute or change the weight of the cars. But F1 is in the fine margins, of course, and one of the finer ones teams are toying with has been stripping paint off their cars to leave exposed carbon fiber in place of a livery.

One of the teams that has recently changed its livery up to save a few ounces is Williams, which had substantially more bare carbon fiber visible on its car in Australia than it did at the season opener in Bahrain.

This isn't the first time that F1 teams have gotten extreme about paint to save weight; Red Bull and Ferrari moved to matte-look cars in order to save weight by using lighter paint under the previous regulations. And paint plays a big role in the way an F1 car behaves—it needs to be perfectly smooth for the aerodynamics not to be interrupted and have the right thermal effect on the car.

Teams this year are already struggling with overheating (Alpine, Alfa Romeo and Red Bull all suffered retirements from it in Bahrain) and that gets worse or at least is a risk if you're running bare carbon fiber. Not only do teams have to work out where they can shave paint off without offending sponsors, then, but they have to be strategic about avoiding any places where the paint might actually be part of what thermally manages the car.

It might sound minor to be taking paint off but everything on an F1 car is pretty critically managed. Aston Martin said that it'd managed to strip as much as 12.3 ounces off its car since the start of the season. With some teams alleged to be as much as 10 kg (22 pounds) over the minimum weight, that's a significant saving.