Longtime friend Bernie Ecclestone says Mosley should be remembered for his focus on racing and automotive safety. 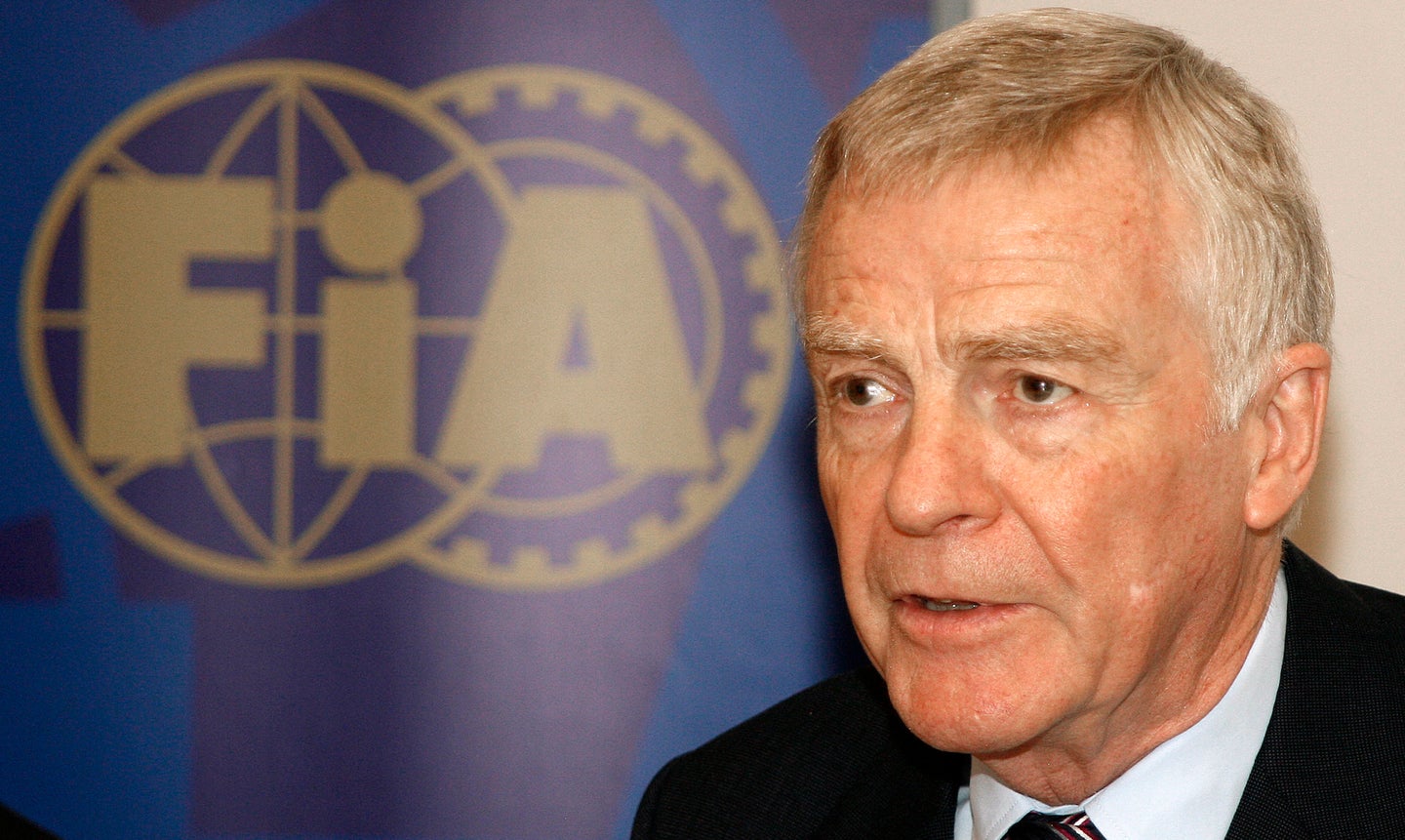 BBC Sport has reported that former FIA president Max Mosley has died, aged 81. A former racing driver, Mosley went on to a brief career as team boss of the March F1 squad before going overseeing a period of huge change in motorsport safety, following the death of Ayrton Senna. He was president of the FIA, motorsport's international governing body, from 1993 until 2009 and worked closely with former F1 boss Bernie Ecclestone to revise safety standards.

Following Senna's death in 1994, Mosley introduced wide-ranging safety measures to Formula 1, from adapting circuits and ensuring minimum standards of safety to putting in place test procedures to ensure barriers were robust enough to absorb F1 impacts. Helmet and cockpit designs were changed in order to better protect drivers and speeds in pit lanes were substantially reduced, by over 20 mph. During Mosley's presidency of the FIA, safety was continuously reviewed and improved, becoming one of motorsport governance's priorities.

Mosley was often described as a "colorful" character and was, latterly, sometimes styled as a "privacy campaigner" following injunctions taken out against the British press. In 2008, he successfully prevented former tabloid The News Of The World, or any other publications, from being able to repeat a story on Mosley's sex life.

Mosley's father was British fascist Oswald Mosley and Mosley himself became embroiled in further revelations when, in 2014, it emerged he had published a racist pamphlet in 1961. He was politically active and spoke out against F1's decision to race in Bahrain in 2011, saying that the sport was contributing to ongoing oppression there.

The BBC quoted Bernie Ecclestone, who confirmed Mosley's death, saying that it was "like losing a brother" and that Mosley should be remembered for his significant role in motorsport and automotive safety.

"He did a lot of good things not just for motorsport, also the [car] industry. He was very good in making sure people built cars that were safe."