Would this move be too close for comfort? 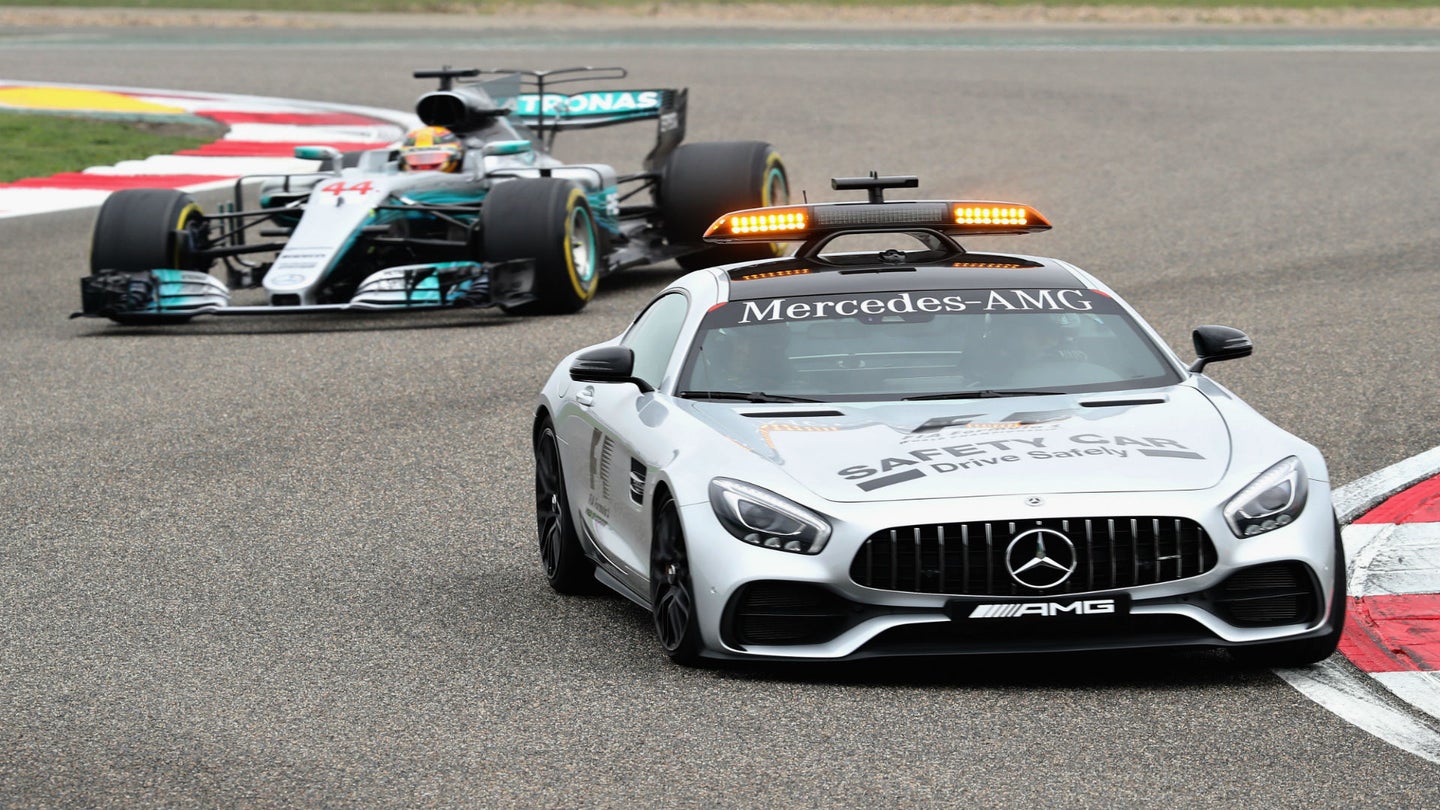 Formula One knows that taking driver skill out of the equation would undoubtedly hurt the series' popularity; however, it hasn't completely ruled out the self-driving concept in some regards. While we won't be seeing autonomous F1 cars anytime soon, some officials have teased the idea of a driverless safety car being introduced in the future, showing the technology's viability on a major scale, according to Motorsport.com.

Marcin Budkowski, the head of the F1 technical department, announced in an interview that taking away the safety car driver has become a valid topic of conversation in recent months. He explained that it would be used as a way to promote the technology and its functionality, saying "It would promote a technology about which there is a bit of skepticism and, instead, it could be shown that it works."

He noted, though, that this trend would not make its way to the race cars.

"The safety car driver would no longer be essential, because it would leave the controls to the computer. But we must be aware of the attraction of [F1] race cars without drivers: the engineers would love it, but not the fans."

Driverless motorsport has been toyed with via concepts like Roborace, something that Budkowski views as equal parts important and unique to itself.

"I see it [Roborace] as a very interesting thing, which pushes things in one direction. But can this idea of having no F1 driver captivate millions around the world? Frankly I have doubts."

Collectively, the racing community is looking for ways to both cultivate the growing technology as well as build interest in series like F1. Though it's doubtful that autonomous safety cars alone could bring in more fans, it could be an intriguing aspect that new Formula One owner Liberty Media could use to its advantage when it comes to crowd involvement.

Budkowski, formerly of McLaren and Ferrari, was drafted to F1 for his experience with futuristic tech. He discussed Formula One's plans to incorporate newly developed equipment in the next few years, explaining that the FIA wants to find out more about self-driving equipment through participation.

"The FIA was starting a project on connected autonomous vehicles, and it wanted to understand how it should be placed in front of these new technologies," added Budkowski. "There were also implications in defining the business model, not to mention how to use the new technologies in motorsport to promote them—because solutions will completely change the world of cars and safety."

"Autonomous driving will have a very strong impact on safety and we know how the FIA and Jean Todt are engaged in the Action for Road Safety campaign."