With a failure rate of 50 percent so far this year, Red Bull is quick but not making it to the finish. 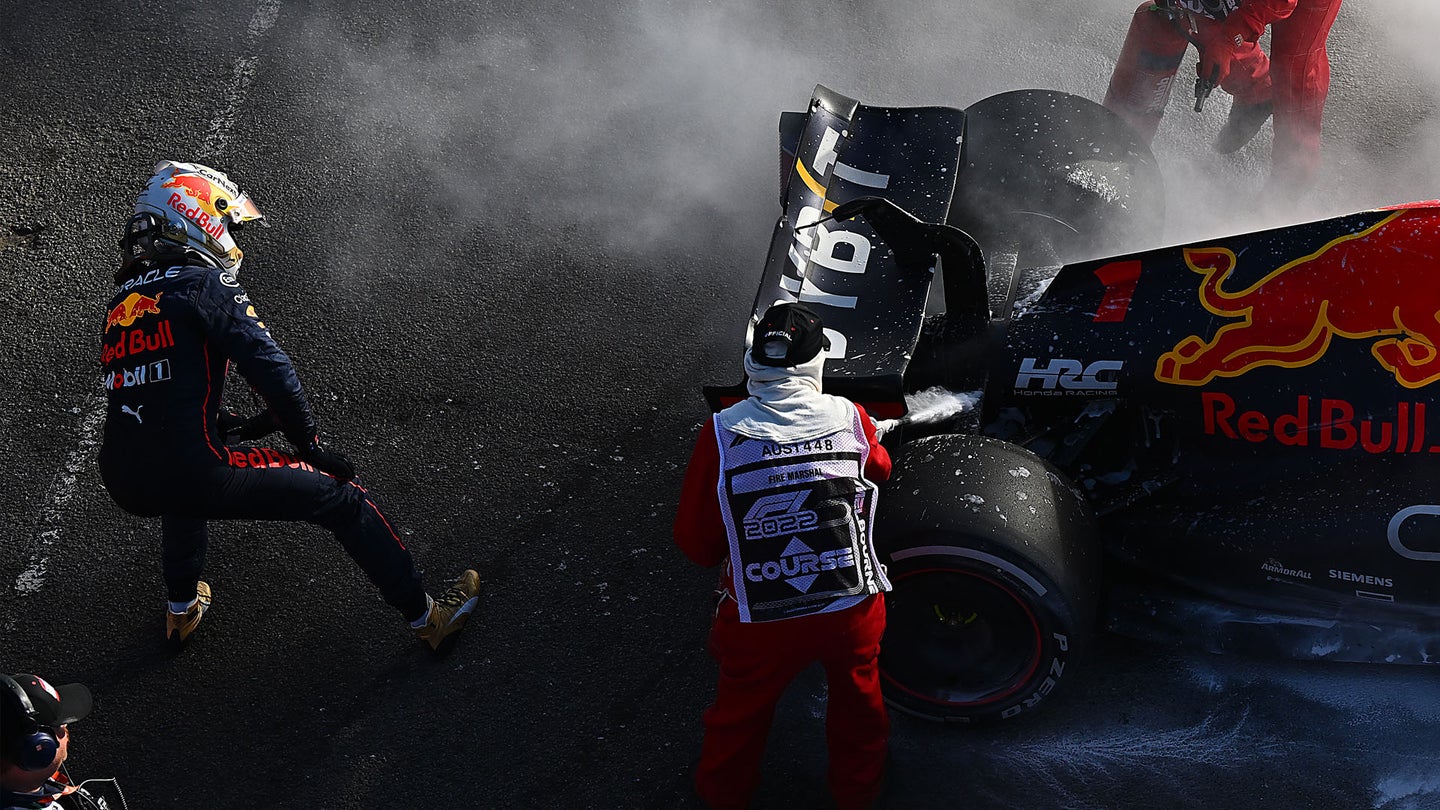 A lot of the focus in 2022 has been on Mercedes' huge porpoising problems and that's not wrong, given how dramatically off the pace Lewis Hamilton and George Russell have looked this year at times. But after three races, Red Bull is looking like it might have pace but not reliability, after two AlphaTauri and three Red Bull failures, the latest seeing Max Verstappen retire from the Australian Grand Prix.

In Formula 1 there's two things you need to win a race: a fast car and to see the checkered flag. Points aren't awarded for potential, so you can be in an absolute tractor and do better than the quickest car that doesn't quite do the race distance. In reality, poor performance tends to come with poor reliability, as teams struggle to manage their cars. Often you'll see problems pile on each other, like during Honda's miserable stint with McLaren when it was equally rare for the cars to finish as for them to run in the points.

Speaking of Honda, last season It really seemed to nail reliability while Mercedes floundered a bit with degradation-prone internal combustion engines that saw Hamilton and Valtteri Bottas taking repeated penalties and having to fight up from the back of the grid. Now, Mercedes' car at least seems to be reliable, while Red Bull (and sister team AlphaTauri) are taking horrible points losses to DNFs.

In the first race of this season, in Bahrain, both Red Bull cars retired in quick succession with what was diagnosed afterward as a fuel pump overheating problem. It's possible that it was the lift pump—one of a series of pumps in an F1 fuel system—which is a common part across F1 cars, though no other cars seemed to suffer the issue.

After Bahrain, Red Bull said it had understood and had a fix for the failure. The Saudi race was a relative success, Verstappen taking the victory and Sergio Perez, who had started on pole, managing to recover from some ill-timed safety cars to sandwich the Ferraris in fourth. But this weekend saw Verstappen lose another potential points haul with a retirement that, in a radio message, he compared to Bahrain

Prior to that, both Pierre Gasly in Bahrain and Yuki Tsunoda in Saudi Arabia had catastrophic car failures. Gasly's car burnt through its electronics while retiring in Bahrain and Tsunoda had such a chronic issue he couldn't start in Jeddah. AlphaTauri isn't the same team as Red Bull but it does use the same powertrains and shares considerable amounts of technology like gearboxes.

After his retirement in Australia, Verstappen described the situation as "unacceptable" and said that reliability was crucial to challenging for a championship. He's not wrong, while Charles Leclerc and Ferrari seem to be running away with a massive points lead. Christian Horner, ever the diplomat, said that he'd rather fix a fast car than start off slow but with only limited power unit parts a year, it's not long before the grid penalties will well exceed any qualifying advantage if the reliability can't be fixed.

Without a doubt, Red Bull have a pace advantage over Mercedes right now. If Merc can fix its porpoising issue there's a chance that might change but for now the constructors' champion is getting roundly beaten by the drivers'. But both Lewis Hamilton and George Russell have collected a podium off Red Bull's misfortune, now.

Mercedes capitalized on the opportunity with Russell and Hamilton finishing third and fourth, respectively.

F1 Fines Sebastian Vettel $5,432 for Riding a Scooter on Track

F1’s Las Vegas Race Is Already Tangled in a Lawsuit

Bids for a Las Vegas Grand Prix have been around for years, and F1’s newest project is now being contested in court.