The re-branded Renault squad gives us a glimpse of its first-ever F1 car. 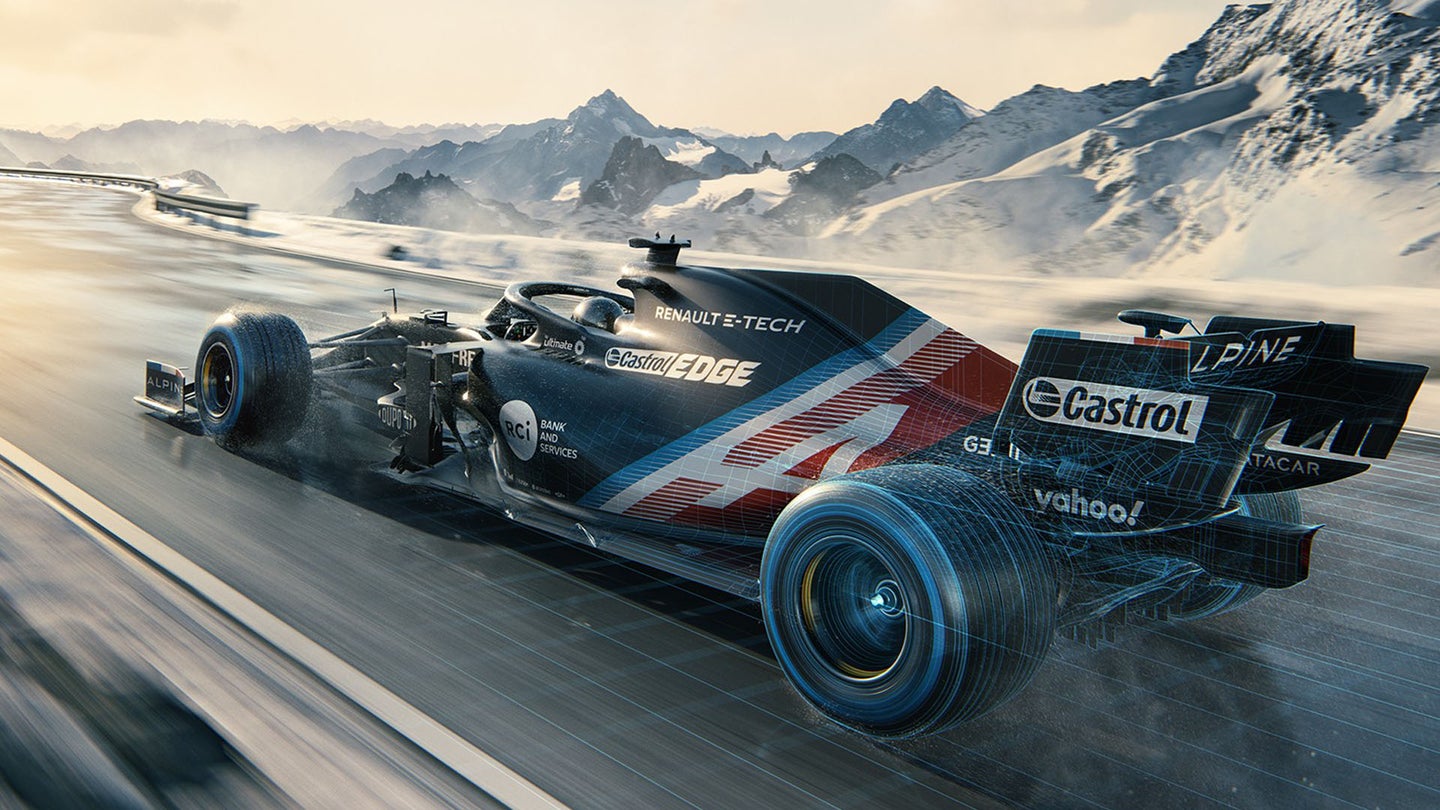 Renault's factory Formula 1 team has now been officially rebranded to Alpine, the automotive group's brand that specializes in lightweight sports cars, and it's officially revealed the first draft of its tricolore racing livery today.

Renault is remaining in Formula 1 as a power-unit supplier and effectively the outfit remains unchanged, apart from the sudden departure of former team principal Cyril Abiteboul last week.

The livery unveiled today is not a finished product; intended as a pre-season showcase rather than a full car launch, to show where the Alpine logos will now fit on the car. The power unit cover now has the Renault E-Tech logo on, reflecting their continuing supplier relationship, rather the group's Infiniti brand, as last year.

Fernando Alonso and Esteban Ocon will race for the squad next season following Daniel Ricciardo's departure to McLaren. The chassis itself will be virtually unchanged from 2020, as F1 introduced cost and staff-resource saving measures for the 2021 season that limit the amount of changes possible, using a six-token system, in order to mitigate the effects of the COVID-19 pandemic on teams' preparations.

Alpine raced a blue, black and red livery in WEC's last season, chroming up their LMP2 to look particularly dramatic at sundown—so don't assume all that bare carbon effect is going to stay as its shown on these mockups.

F1 testing takes place in Bahrain this year, ahead of the first race there so teams will probably have minimal ability to showcase weird liveries there. So get ready for a few more F1_2021_Livery_final_2_FINAL.psd efforts before then.

The Lifted Alpine A110 SportsX Is a Crossover We Actually Want

Keep your Range Rovers and X-whatever BMWs. We’ll take this.