The Lifted Alpine A110 SportsX Is a Crossover We Actually Want

Keep your Range Rovers and X-whatever BMWs. We’ll take this. 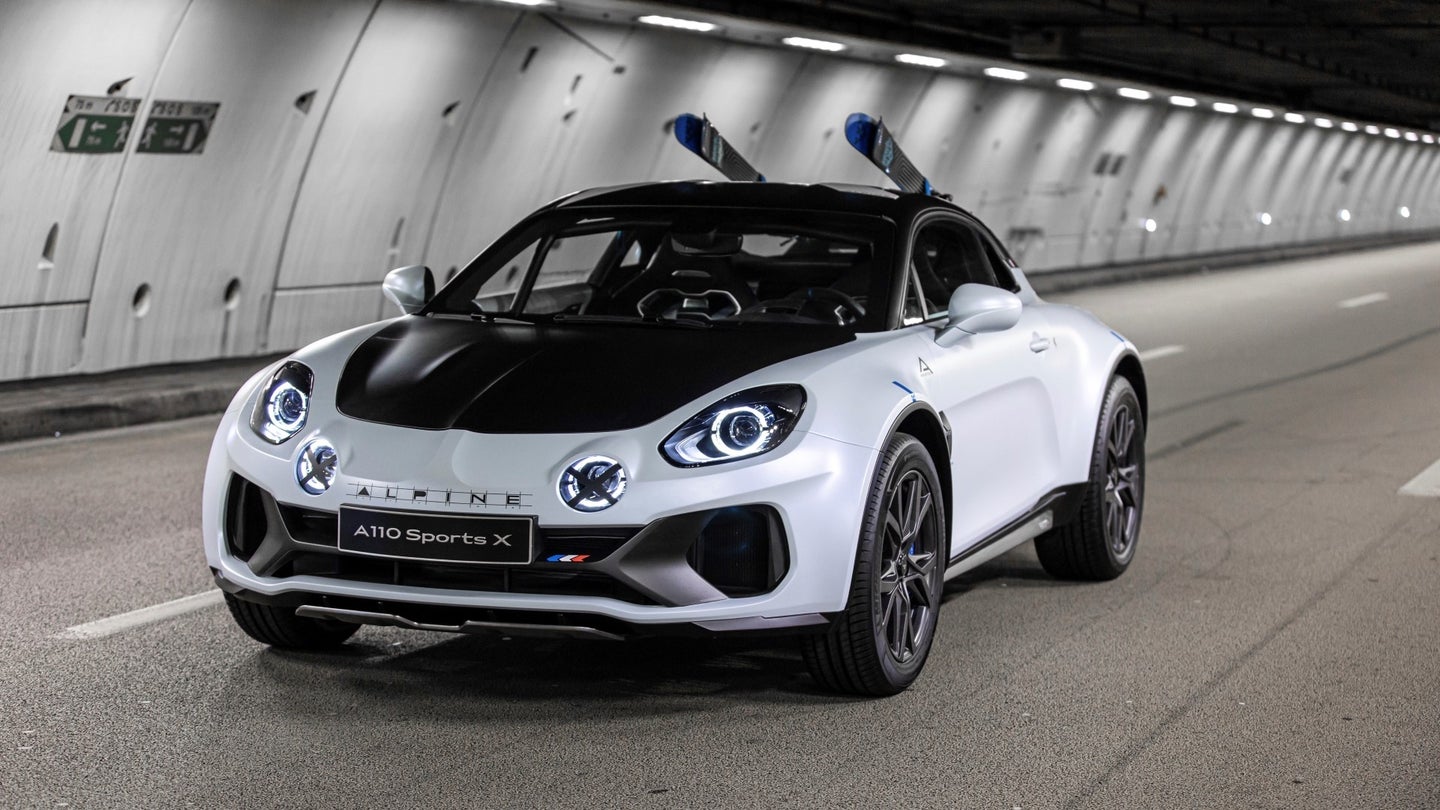 You wouldn't know it by looking at it but the original Alpine A110 won quite a few races as a rally car back in the '70s, even becoming the Constructors' champion for the World Rally Championship's inaugural season in 1973. Living up to its off-road pedigree, Alpine recently cooked up the A110 SportsX concept, a lifted, widened, and thoroughly rally-ed out version of the modern A110.

Unveiled at the International Automobile Festival in Paris and billed strictly as a "styling exercise," this is the sort of energy every so-called performance SUV should strive towards.

Alpine says the SportsX was a joint creation between the company's design and engineering teams. It sits 60 millimeters higher and is 80mm wider than the A110 Pure on which it's based and is powered by the same 249-horsepower turbo-four found mid-mounted in that base car. It features some deliciously large fender flares trimmed in black, scuff-proof plastic and a hood and roof finished in matte black. Throw in the black X's over the circular headlamps (historically, so glass doesn't shatter all over the rally stage in the event of a collision) and this thing just looks right.

Also, what Alpine's done with the rear badging is pretty creative and we love it. Hopefully, we'll still love it when every hypebeast with a leased Porsche Macan has it done and blueprint-style badges become the cheap-and-trending car mod of 2020.

Sadly, Alpine has made it clear that the A110 SportsX will not be coming to production, bluntly ending its press blurb with "This unique model is not available for sale." Insert sad French trombone noise here.