F1: Drive to Survive Season 4 Trailer Is Out. Here’s What You Need to Know

The next season of Formula 1’s dramatic docuseries drops on March 11. 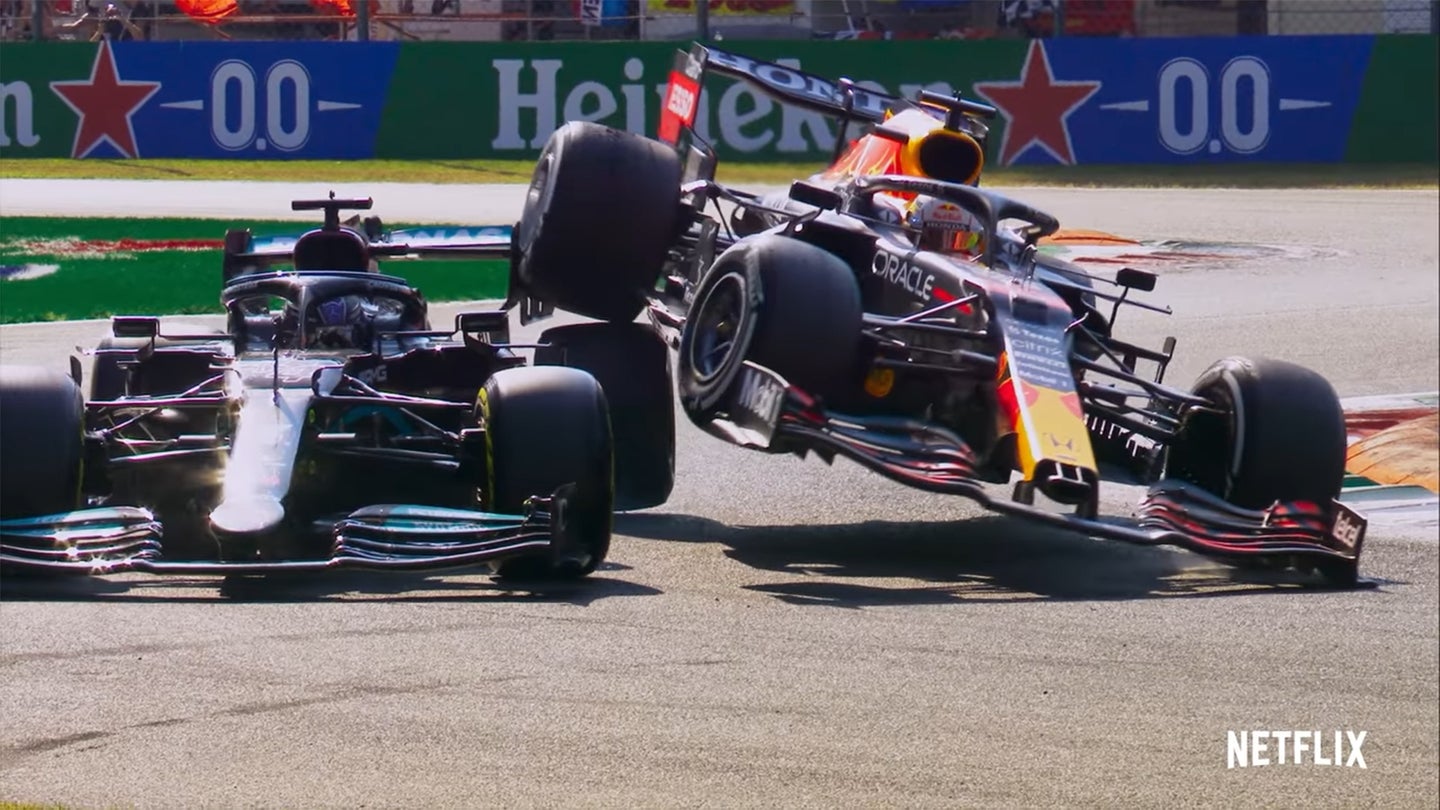 Netflix's Formula 1: Drive To Survive has been F1's magic, um, formula for success. It's brought in millions of new fans, made people fall back in love with the paddock drama, and been a massive hit in the way that F1's waning, pay-TV audience wasn't providing. And now the fourth season is coming on March 11, so here's the trailer and what we can work out from it.

Firstly, it's a trailer. Obviously they don't show us everything, but there are a few things that really stand out:

Max Verstappen said last year that he was refusing to join in with Drive To Survive anymore, describing it as "fake," so it's no surprise we only see on-track and background footage of him in the clip. But what's clear is Lewis Hamilton did join in. He's seen being interviewed as well as behind-the-scenes, so we'll definitely be getting plenty of time with the seven-time champ.

It's obvious the series is following drivers away from the track as well, with Valtteri Bottas seen on what looks like a ski trip and Daniel Ricciardo chilling out in what looks like it could be LA, where he has a second home. Previous series favorites Pierre Gasly and Lando Norris are clearly in the hot seat for interviews, and of the non-driver cast, the team principal trio of Günther Steiner, Christian Horner, and Toto Wolff is very much back.

There's no talking heads footage but Will Buxton is on the voiceover for part of the trailer, so expect a return from him. DTS has an actually tough brief for 2021, which is to somehow tell the story of an incredibly dramatic title fight with a lot of rulebook back-and-forth while making it less than 60 episodes long. Hopefully, there will be less manufactured storytelling and more of what actually happened.

One thing that stands out in the trailer, especially this week, as somewhat yikes is that there's a heck of a lot of Nikita Mazepin in it, training and at the track. Whether there's some sort of redemption arc planned or if it's just he agreed to a lot of filming, that's a doozy of an editorial choice.

What 2022 F1 Testing Has Taught Us, From Porpoising to Surprising Speed

After three days of shaking down the new cars, we know a lot more about this season.