Looks like you'll be seeing Smoke at a lot more drag races from here on out. 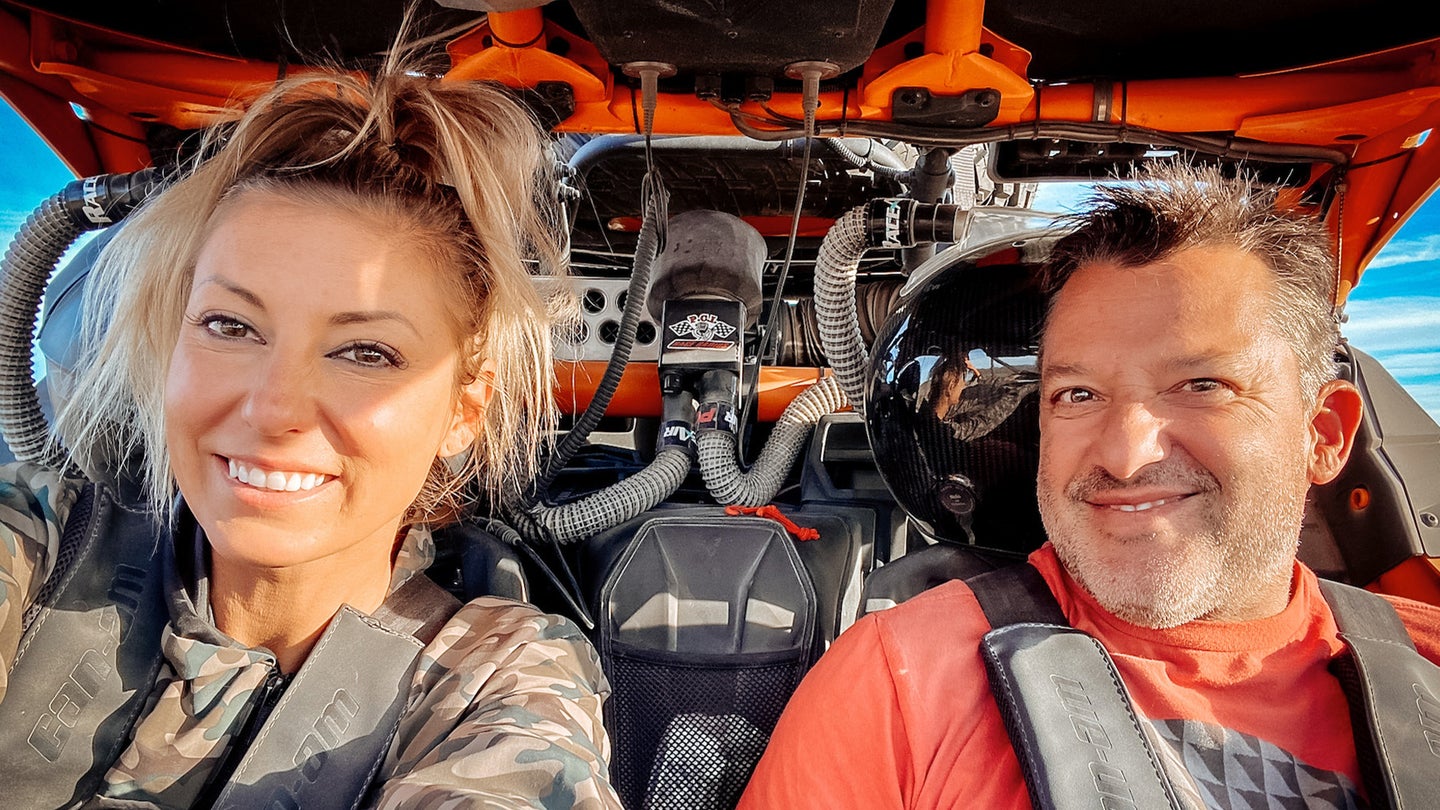 You'll usually find Tony Stewart in the NASCAR pits or driving a tractor, prepping the Chili Bowl Nationals dirt track for one crowded heat after another. Last year, though, he started popping up at NHRA events, too, and soon enough, everybody knew why—he and Top Fuel racer Leah Pruett were a couple. It's probably safe to say that he'll be attending a lot more drag races because as the two announced Thursday on Instagram, they're officially engaged.

Between the two of them, there should be enough trophies to fill up the mantle above their fireplace and more. Stewart notched three NASCAR Cup Series championships as a driver, and he went on to win another as co-owner of Stewart-Haas Racing in 2014. Don't forget his Indy Racing League title from 1997, or his heap of dirt racing hardware that includes a couple of USAC championships and Chili Bowl victories, too.

Pruett touts her own collection of big-time wins with 11 NHRA victories and a Factory Stock Showdown championship to boot. She currently drives a Mopar Top Fuel dragster for Don Schumacher Racing, and her career-highest speed of 334.15 miles per hour is a good deal faster than Stewart's, even when he ran Indy cars.

The two seem to have started dating about a year ago, and Pruett told the world about their engagement just before Stewart did on Instagram:

Stewart had some kind words of his own, also sharing pictures of him and Pruett cruising around in old-school American hot rods:

If you're dying to know, in which case, okay, Stewart has never been married before, though he was previously engaged. Pruett was once married to Gary Pritchett, a technician for fellow Top Fuel racer Steve Torrence, but the two split and Leah filed for divorce in 2019.

There aren't any details yet about the ceremony, but that's okay because none of us are invited anyhow.

Got a question or tip for the author? Contact them here: caleb@thedrive.com