After a woman's car left her stranded in the middle of an intersection, the trio of teens returning from Tim Hortons helped her push it home. 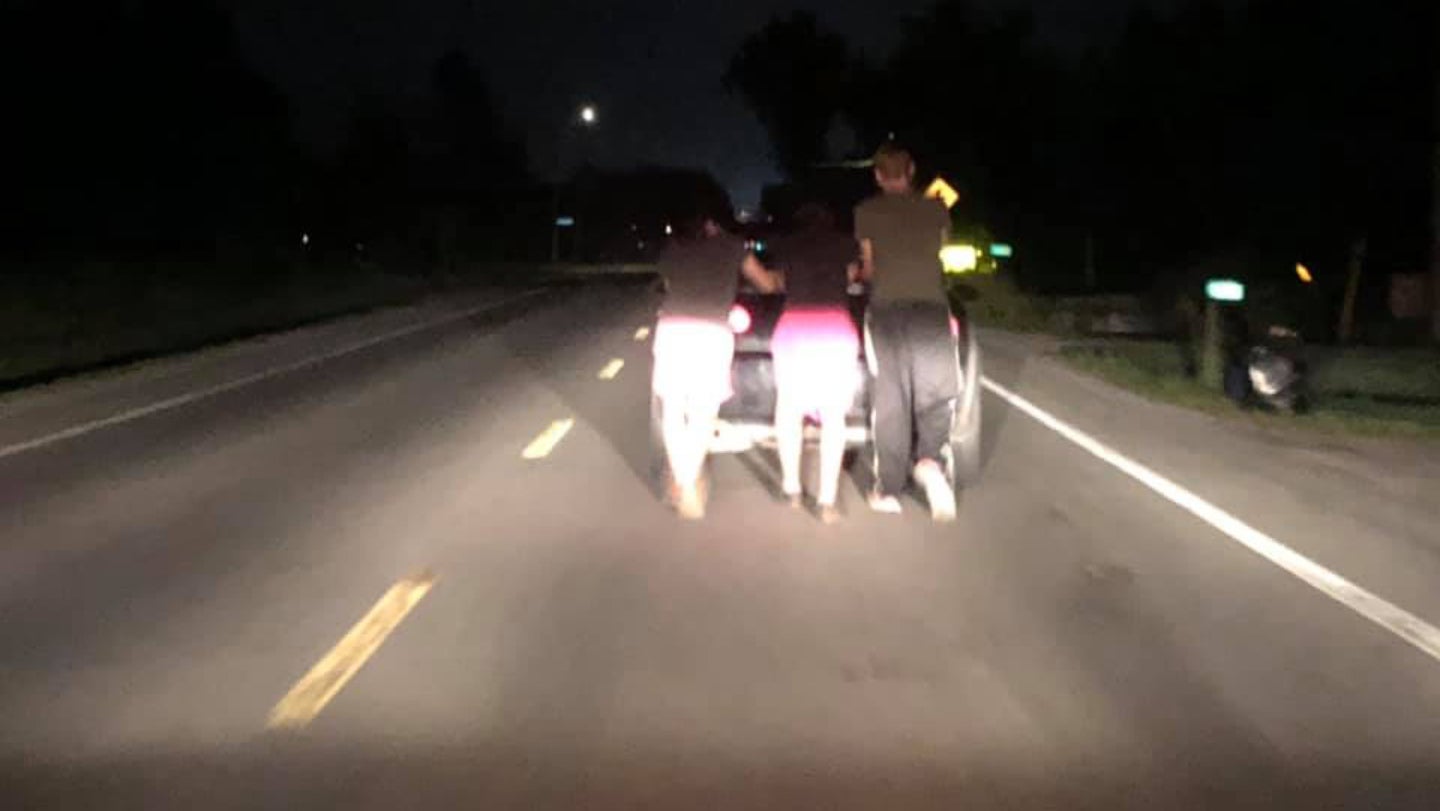 One Canadian motorist would have had a breakdown at just the wrong time had it not been for some very helpful teens. A Chevrolet Cobalt she purchased just six weeks ago blew up in spectacular fashion in the middle of an intersection in Fonthill, Ontario, leaving her stranded there without the means to have it towed home. That's when three teenage good Samaritans decided to help her out, pushing the car well over five miles to the woman's home.

Aeron McQuillin, 18; Bailey Campbell, 17; and Billy Tarbett, 15, spotted the stricken Cobalt on the way home from a late-night Tim Hortons run. If that isn't enough of a Canadian stereotype for you, let me just warn you that what they did next was as wholesome and polite as all heckin' dang. They stopped to see if they could help the woman get going again.

After they pushed the car to a safer location on the side of the road, the boys determined that the car's problem was more than they could fix. A leak was causing oil and coolant to mix in the engine and the car was smoking pretty heavily, so it definitely wouldn't be able to travel home under its own power. This is the last thing you want to hear about a car you just purchased. That oil-coolant milkshake means you've got a pricey repair coming up, and potentially even a new engine.

The owner simply couldn't afford to have the car towed home, and she didn't want to bother her roommate with the bad news, either. She said that her roommate had to get to work at 5 a.m., according to McQuillin on Facebook. That's when one of the boys asked, “You boys ready for a push?”

McQuillan drove ahead to the driver's home to scope out the route. It was nearly 10 kilometers away, or close to around six miles. He also went home to grab some water and a speaker, and rode back with Dan Morrison, who lent his Ford Escape to the cause. Now with hydration and motivational tunes acquired, the teens started pushing the Cobalt home along Merrittville Highway. Morrison followed the Cobalt in his Escape, lighting their way with his four-way flashers on to alert other drivers of the slow-moving vehicles.

McQuillin said it took them about an hour and a half to deliver the Cobalt to its home, but it was well worth it. Campbell told CNN that there was a huge hill just 300 yards or so into the push, and then later, when they took a brief break from pushing, the Cobalt's battery died. They had to charge it up just to put it back into neutral so they could finish the trip.

The teens never got the woman's name, but Bailey described her as thankful and amazed at the extremely generous act of pushing her car home. Morrison, who had initially thought the boys were nuts for trying this, posted the teens' story on Facebook, where it went viral. Bailey insisted to CNN that there wasn't any option but to stop and help.

"There is so much negativity in the world; people want something positive," Bailey said to CNN. "When something like this happens, it becomes contagious... Everyone has had car problems and can relate."

The teens hope their act of kindness inspires others to help when they see someone in need.

"On behalf of Bailey, Billy and myself—thank you so much to everyone for the kind words and offers of gifts," McQuillin wrote on Facebook. "We hope more people can learn from this situation and not be afraid to lend a helping hand to those in need."