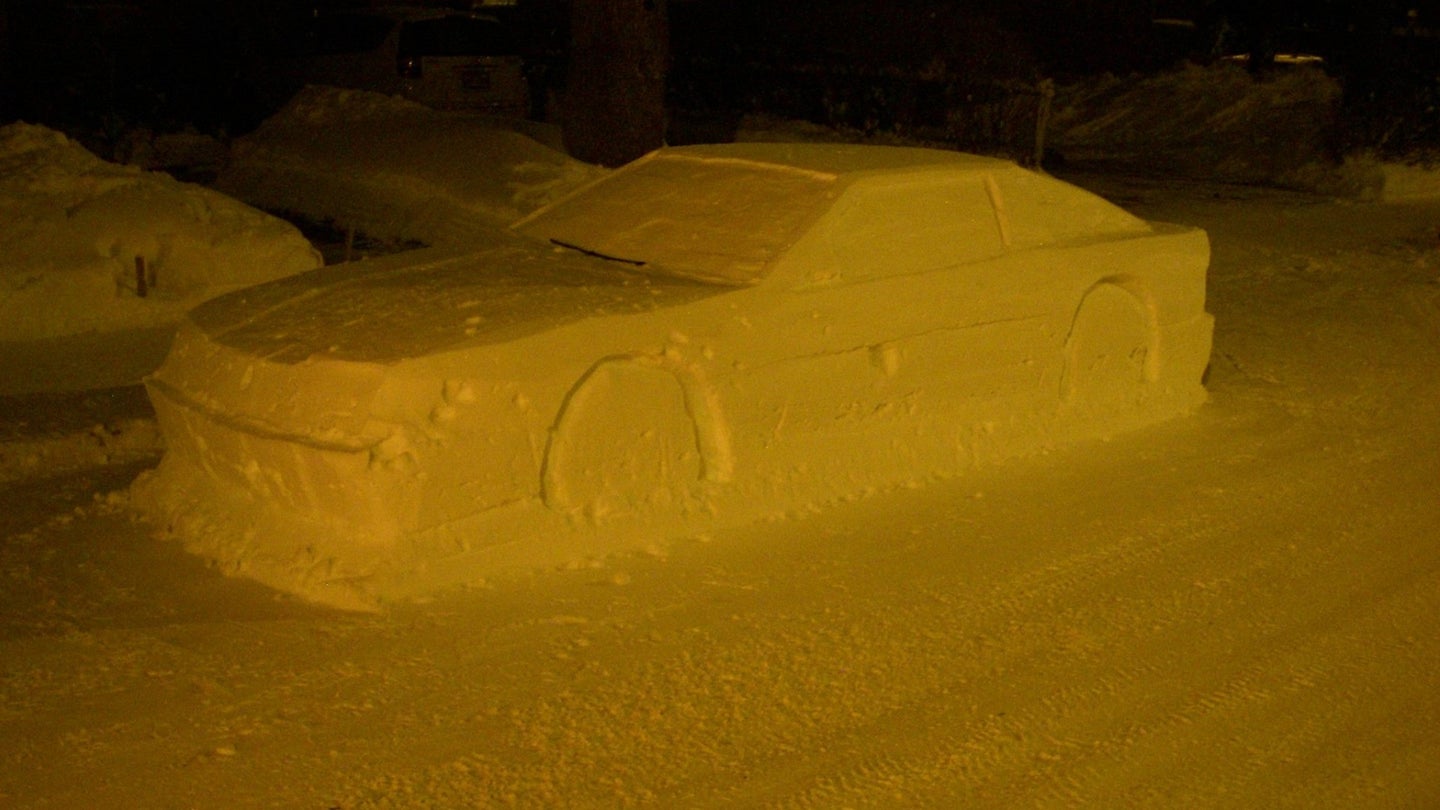 A Montreal man did not receive a parking ticket for the fake car he built out of snow to play a joke on the Service de police de la Ville de Montréal (Montreal police). Rather, he received a note thanking him for making the cops' night.

Montreal, Quebec, gets its fair share of snow. Unlike places further south, Montreal has a well-organized snow removal process to clear the streets after a storm. (Mighty Machines even made an episode about it.) This requires the roads to be clear of parked cars to ensure the entire road can be cleared effectively, which is why there is a citywide parking ban during storms.

MTL Blog reports that police were fooled by what looked like a car that did not obey the street parking ban but was actually a full-size snow sculpture of some kind of sports car. MTL Blog says it was a "Delorian" but it looks more to me like a third generation Toyota Supra.

The perpetrator appears to be Simon Laprise, a.k.a. Laprise Simon Designs, as indicated by his Facebook posts claiming responsibility for the incident. Scrolling through his Facebook page reveals that he is quite the car enthusiast as well as an artist, with several posts including designs for cars in Live for Speed.

While Laprise wrote that he hoped to "prank the snow plow guys," he got a bit more than he bargained for when the police got involved. Fortunately, in true Montreal style, they had a good laugh about it. While some have said they called for backup when a second cruiser appeared on the scene, more likely the officer on the scene called in and said, "Sarge, you have to see this." Indeed, the "ticket" they left was not for a parking violation, but to say "You made our night!!! Hahahahaha."

Unfortunately, the sculpture was leveled during that night's snow removal operations. "Snow removal was already the same night when I made it," Laprise told The Drive. Fortunately, his handiwork is now preserved forever on the internet. And you can bet that this prank was the talk of the police force over Tim Horton's coffee for the rest of the night.

Turner Motorsport’s service crew took the Bimmer race car out in the snow for some wicked donuts.