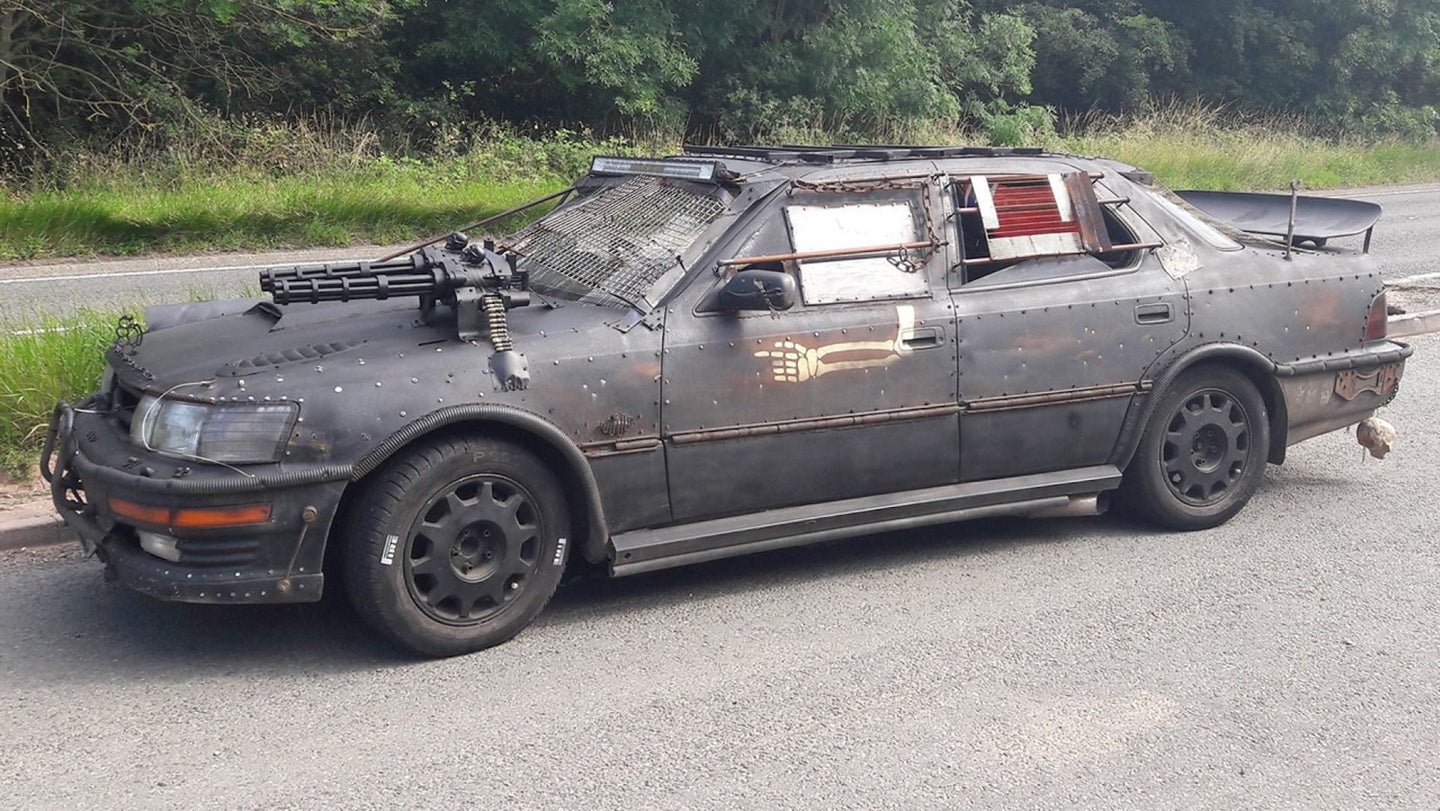 Several people called the police in the English town of Herefordshire earlier this week, after seeing a car armed to the teeth and wearing protective battle gear at a highway rest area.. The Mad Max-esque ride, which sports a set of brass knuckles as a hood ornament reportedly alarmed several locals. And we can certainly see why...

Instead of a one-man army ready for the zombie apocalypse, police found a polite gentleman and a car that was neither armed nor running. It turns out the car is a replica of a prop from the Mad Max film with metal window guards, light strips, and fake machine guns strapped to the hood. It had broken down and been pulled off the highway by the owner.

The car was spotted at a rest stop off the A49 near Moreton-on-Lugg and was called in by multiple members of the public after people saw the fake guns mounted on the vehicle. Police felt the need to further explain the situation on Twitter, saying “Report of a car on A49 with machine guns mounted on it!? Thankfully it was just a breakdown used in a MadMax film”. Other local residents also responded, saying they’d seen the car earlier in various stages of its armor upfit.

The car is somewhat crude, even when compared to those in the twisted world of Mad Max, as most of the vehicles in the latest movie were based on much older models with much scarier weapons. To be fair, there’s no real indication that the car isn't actually dangerous, especially at a glance, so better safe than sorry. Hopefully, this guy develops a warning system to go along with his great attitude to prevent future cases of mistaken identity.