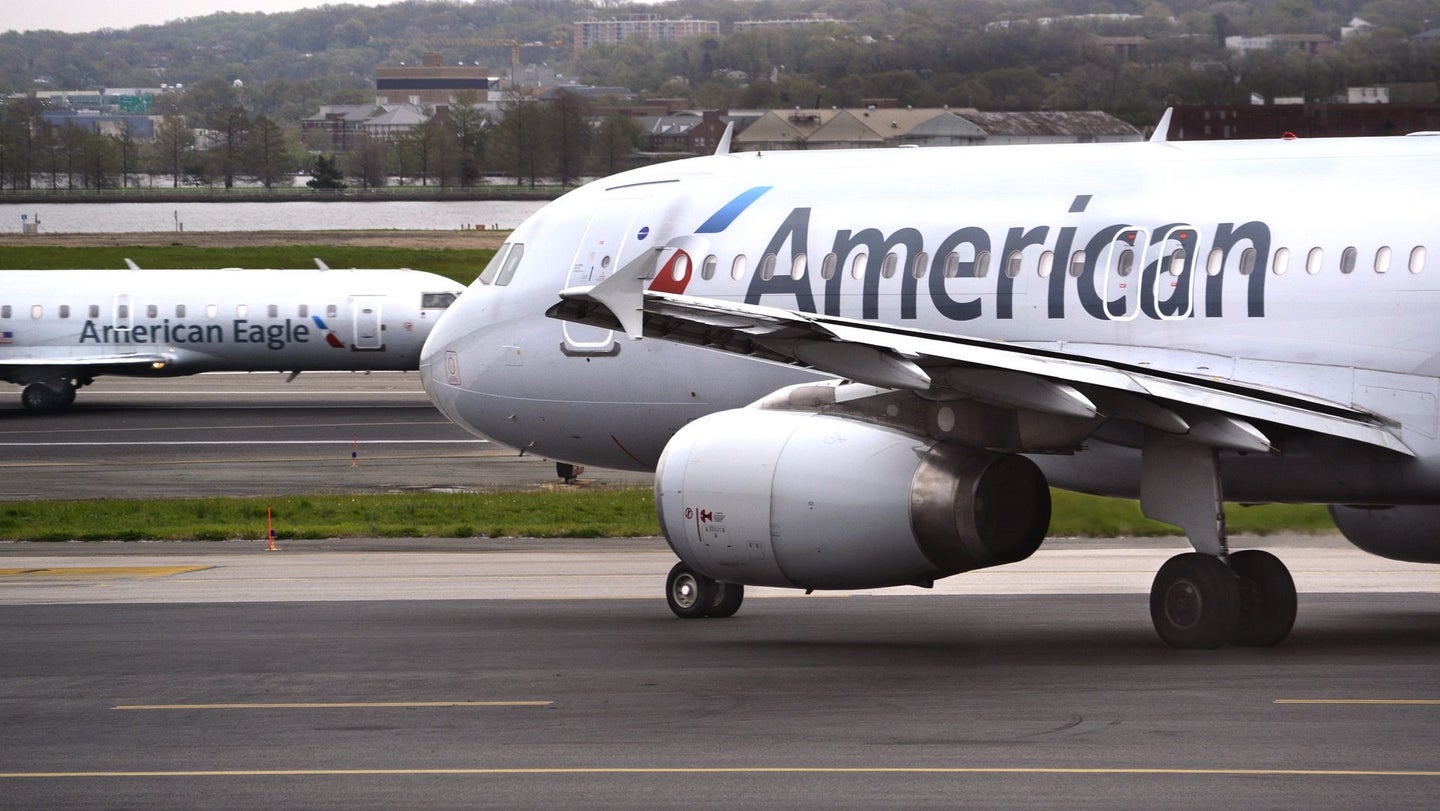 An Envoy Air flight attendant had to get five stitches after his left hand was bitten by a passenger's emotional support dog mid-flight this Monday.

According to USA Today, it happened on American Airlines flight 3506 (Envoy is owned by American) traveling from Dallas-Fort Worth International Airport in Texas to Greensboro, North Carolina's Piedmont Triad International Airport. The airline says the injured flight attendant was medically examined upon arrival in Greensboro and was treated with five stitches when he returned to DFW. The identity of the flight attendant and the type of dog in question has not been disclosed.

The Association of Flight Attendants union says what happened on the Embraer 175 aircraft this week is unacceptable and is now calling on the Department of Transportation to take action and make sure incidents like this don't happen again.

"What happened on yesterday’s American Airlines flight is completely unacceptable and inexcusable," the union said in a statement. "We need the [U.S.] DOT to take action now, so events like the one that happened yesterday do not continue to occur on our planes. This is fundamentally about maintaining safety, health, and security for passengers and crew, while ensuring accessibility for those who need it."

Under the Air Carrier Access Act, fliers are permitted to bring emotional support animals "without question," according to Dallas News. Alas, there have been recorded cases of people bringing everything from kangaroos, pigs, and snakes to squirrels, parrots, and goats onboard all in the name of emotional support. (You'd think a damn snake would be a bigger hazard on a plane than my full bottle of shampoo, but here we are.)

Curiously, Dallas News says American Airlines' policy currently permits the common dogs and cats but will also let passengers bring their miniature horses into the air for emotional support as well. And you thought being cramped was bad.