For $53 million, you get panes the size of doors and unprecedented atmospheric views. 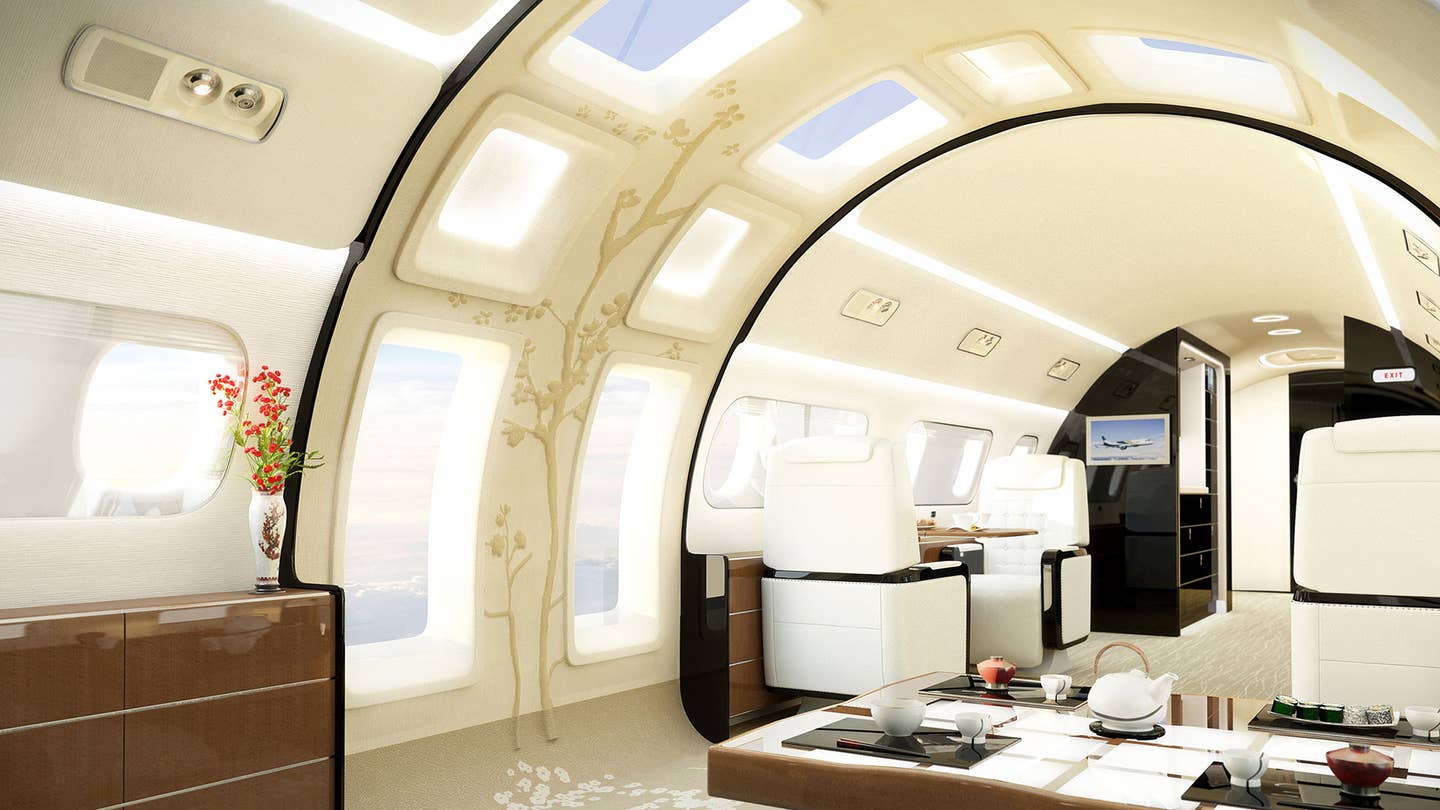 As nice as the views can be, windows in planes are kind of an engineering hindrance. They have less structural integrity than an equivalent steel or carbon fiber panel, and they weigh more, too, which decreases a plane's fuel economy and performance. That's why, on economy-minded commercial jets, the things are about the size of a face mask. But now, for the ludicrously wealthy, things are about to get a lot brighter (as it seems things always do: Brazilian airplane manufacturer Embraer is selling a $53 million Lineage 1000 private jet with a midsection comprised of large glass panels. The concept that displays the technology is called the Kyoto Airship, and it is nothing less than Japantastic. Nay—a Japantasy.

Structurally, Embraer was able to pull of its airborne greenhouse for two reasons. First, the windows are exactly the size of the plane's doors, allowing engineers to use pre-figured templates for installation. A door, like a window, is heavier than a standard aeronautical panel, so the math works out. Second, the panels are installed ahead of the wings, where aerodynamic loads and fuselage stress are less taxing. In concert with modern anti-fogging technology and electrochromatic glass—whose opacity can be changed on a whim—the windows provide a perfect frame through which to view clouds, birds, patchwork farmlands, mountains, or whatever else the plane overcomes.

Because the Lineage 1000 is a mammoth plane based on Embraer's commercial jets (don't tell the oligarchs!), there's potential for such wide-angle visibility and light to someday trickle down to the crafts on which most people fly. Someday, maybe soon, you'll be afforded the fantastic bathroom access of an aisle seat in combination with the dramatic sky views of a window spot. What a time to be middle-class that will be!