The fact that the Nürburgring’s most famous resident was a woman who wasn’t just good “for a girl” showed us what’s possible.

Racing driver, Nürburgring local and former Top Gear host Sabine Schmitz's list of accomplishments was as long as the Nordschleife itself, and car enthusiasts around the world have been mourning her loss accordingly. Schmitz's impact not just on the Nürburgring but on the motoring world as a whole makes it a particularly painful loss to the many fans who looked up to her and followed in her footsteps through some of the doors she ultimately opened.

Schmitz died Tuesday at 51 after a long battle with cancer, her family announced earlier today. Known as the “Queen of the Nürburgring," she leaves behind a legacy that will be felt for a very long time by enthusiasts everywhere. Her many accomplishments resonated deeply with lovers of speed worldwide—including with me.

I first heard of Sabine Schmitz through her work as a Ring Taxi driver, tasked with the enviable job of terrifying passengers with fast laps of the infamous Nordschleife course—even (or especially) tough guys who thought they'd seen it all. "I like my job driving all day on the Nordschleife in the Ring Taxi," Schmitz said on a BMW video. "It's really fun to scare people."

She was local to the 'Ring, and she was quick on it. If that isn't living the dream, I don't know what is.

That very visible job as the driver of the "world's fastest taxi" catapulted her onto the international sensation that was Top Gear. Initially, she was the fast local who tried to best host Jeremy Clarkson's Jaguar lap time in a Ford Transit van, but her popularity later led to a somewhat recurring role. She was the perfect foil to the trio of dudes who hosted the show. After those three presenters left for The Grand Tour, Schmitz became a host of Top Gear in her own right.

Seeing a woman on TV who was not only a great driver, but witty and confident enough to talk a bit of smack, inspired so many other women involved in cars. Schmitz never really got the same dismissive "for a woman" qualifiers that unfairly color the accomplishments of many other famous women in motorsports. She was the only woman to win the 24 Hours Nürburgring (which she did twice, by the way.) She was also the first woman to get a championship title in the Nürburgring-based VLN endurance series. No one could dismiss her as only being talented "for a woman."

Sabine was fast, period, and was by all accounts an amazing person to boot.

I always loved cars, but never really did much with them until I started seeing folks like Sabine hoon them around and have an absolute blast doing so. Playing around on a race track was not something I grew up with or really knew was an option to do as a hobby. It was, and still is, a very male-dominated space. There's a tendency to see something as "not for you" by sheer merit of not seeing anyone like yourself there—even if no one explicitly says so—or by seeing the few who are there struggle to be taken seriously.

Schmitz smashed that perception to bits for car-loving women around the world. Like Denise McCluggage, Pat Moss, Michèle Mouton and many others before her, she showed that it was possible for women not to be too much of a fish out of water at motorsport events. If anyone ever gave you any grief for being there, the clear answer was to do as Sabine did time and time again: put the doubters in their place.

Even today, the Nürburgring's public Touristenfahrten sessions feel like a particularly welcoming space for me to be the biggest car nerd in the world without too much of the patronizing you-must-be-the-girlfriend attitude I get all too often. I have no doubt that the Nürburgring's most famous local being a woman helped with that. The more women are out there in the car world, the less shocking it is for everybody else to see us in that space.

In writing this story, I wondered if I would be here—doing the job I am doing now—if groundbreaking women like Sabine Schmitz hadn't come before me. I'm not so sure. I was enough of a fan of the Clarkson, Hammond and May era of Top Gear that I ended up being a regular on a forum for the show. There, I met another friend with a take-no-BS attitude very much like Sabine's who was also involved in grassroots motorsports and track days. That led to me being a constant presence at my local track, which led to my first writing job at Jalopnik. I am by no means the only non-"car guy" out there with a similar story.

Schmitz's impact clearly goes beyond the slow driver writing this blog. Tributes have been pouring in from around the world. Racing driver Sophia Floersch said that it was "inspiration and motivating" to see Schmitz race. Ford CEO Jim Farley called her an "ICON."

"She was a bundle of energy, one of those people whose resting facial expression was a huge grin, and she was so much fun to be around and to work alongside," wrote Schmitz's fellow Top Gear host Chris Harris.

Another former Ring Taxi driver and longtime head of the 'Ring-focused Bridge to Gantry blog, Dale Lomas, even started up a petition to name a corner of the Nordschleife after Schmitz. That would be extremely fitting.

Schmitz's appearances on Top Gear and beyond no doubt helped catapult the Nürburgring to international infamy as a bucket-list item for car nuts around the world. She was a constant advocate for racers and automotive enthusiasts at the 'Ring, rather vocally as part of the Save the Ring campaign when pricey additions put the track into dire financial straits. Schmitz had been driving the track ever since she'd taken the family BMW around for an underage lap, and cared for it and the people who went there like no other.

I've caught myself describing Schmitz as the first and only woman with an overall win of the 24 Hours Nürburgring so far several times today, and that "so far" all boils down to her legacy. Thanks to the glass ceilings Sabine shattered at triple-digit speeds, I don't think it will be too long until there's a second woman on that list—and a third, and a fourth, and a fifth, and many more after that.

Got a tip? Send the author a note: stef@thedrive.com 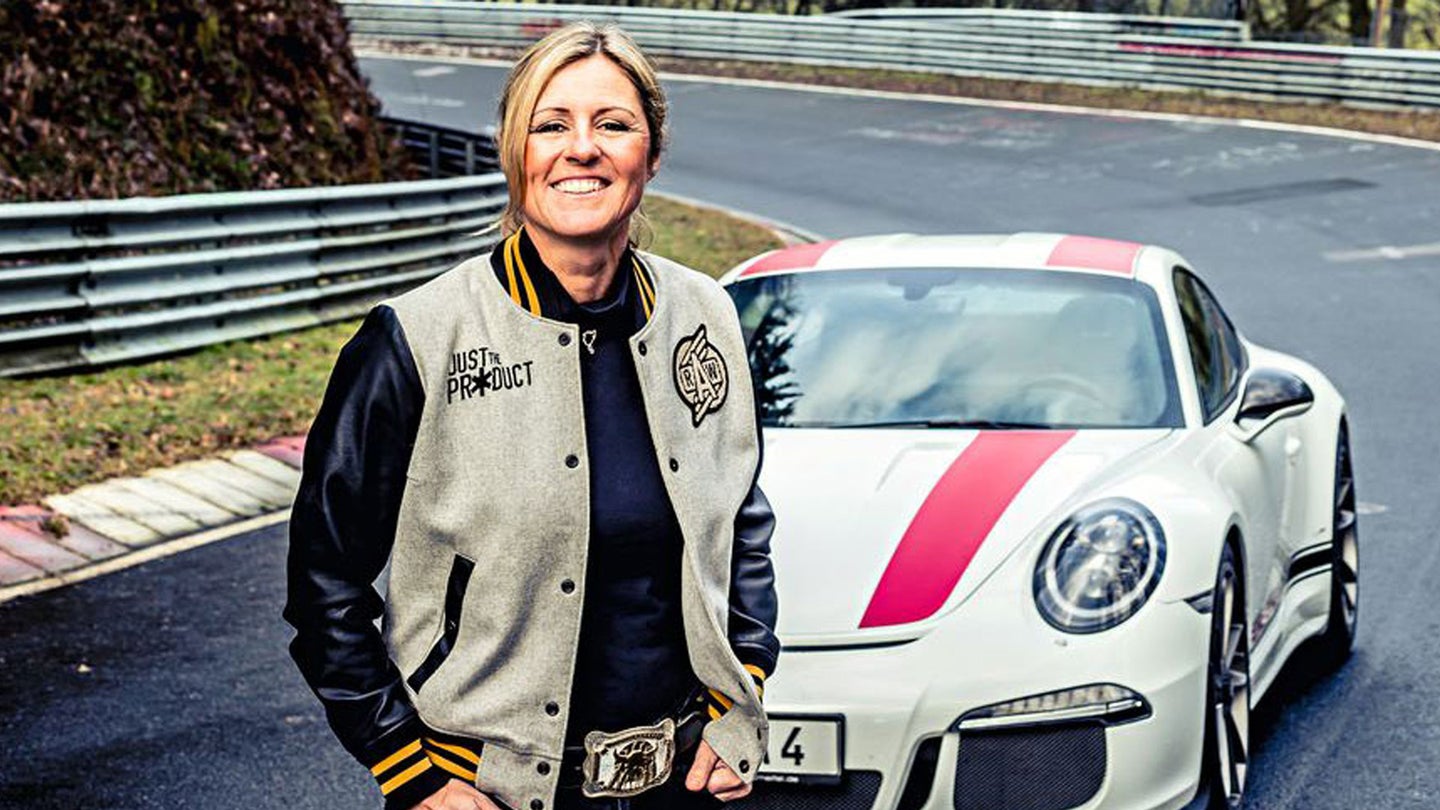 Sabine Schmitz, Queen of the Nurburgring and Former Top Gear Presenter, Dies at 51

The legendary Nordschleife racer fought a long battle against cancer. 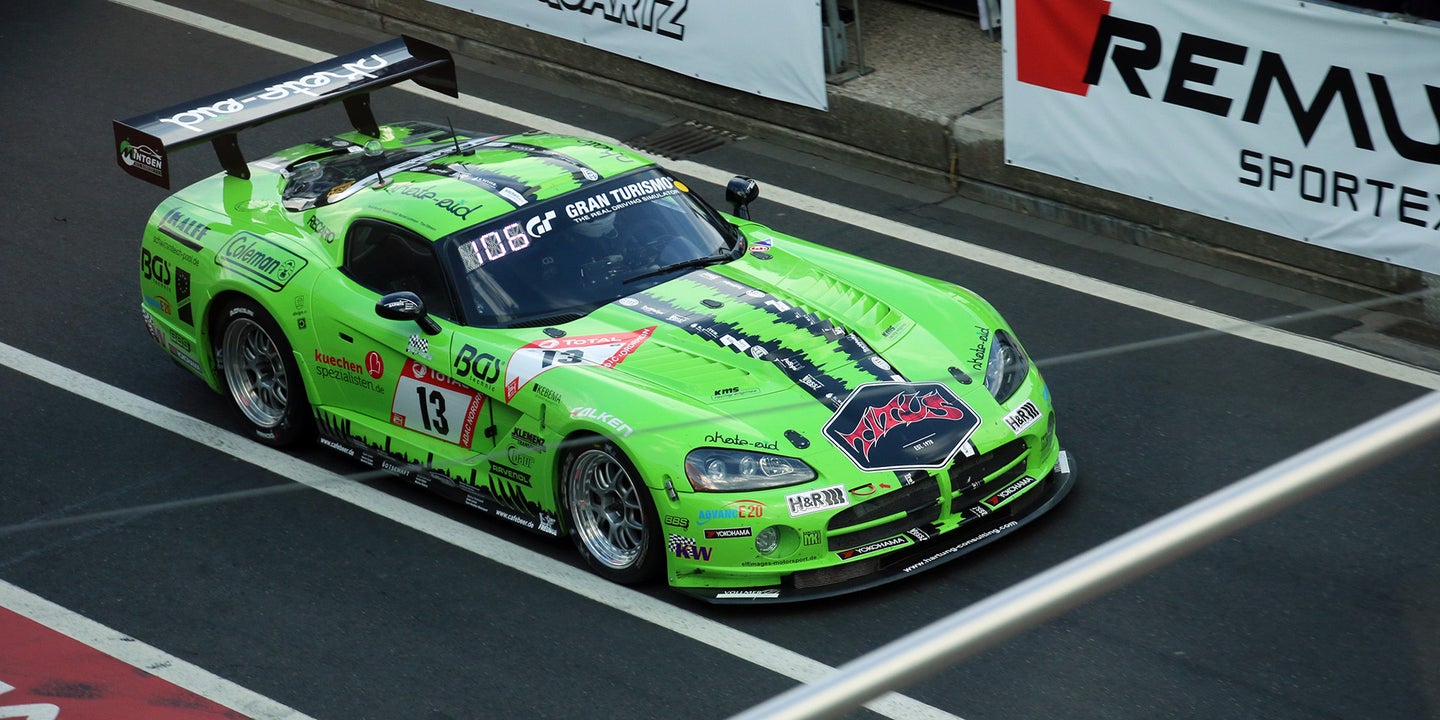 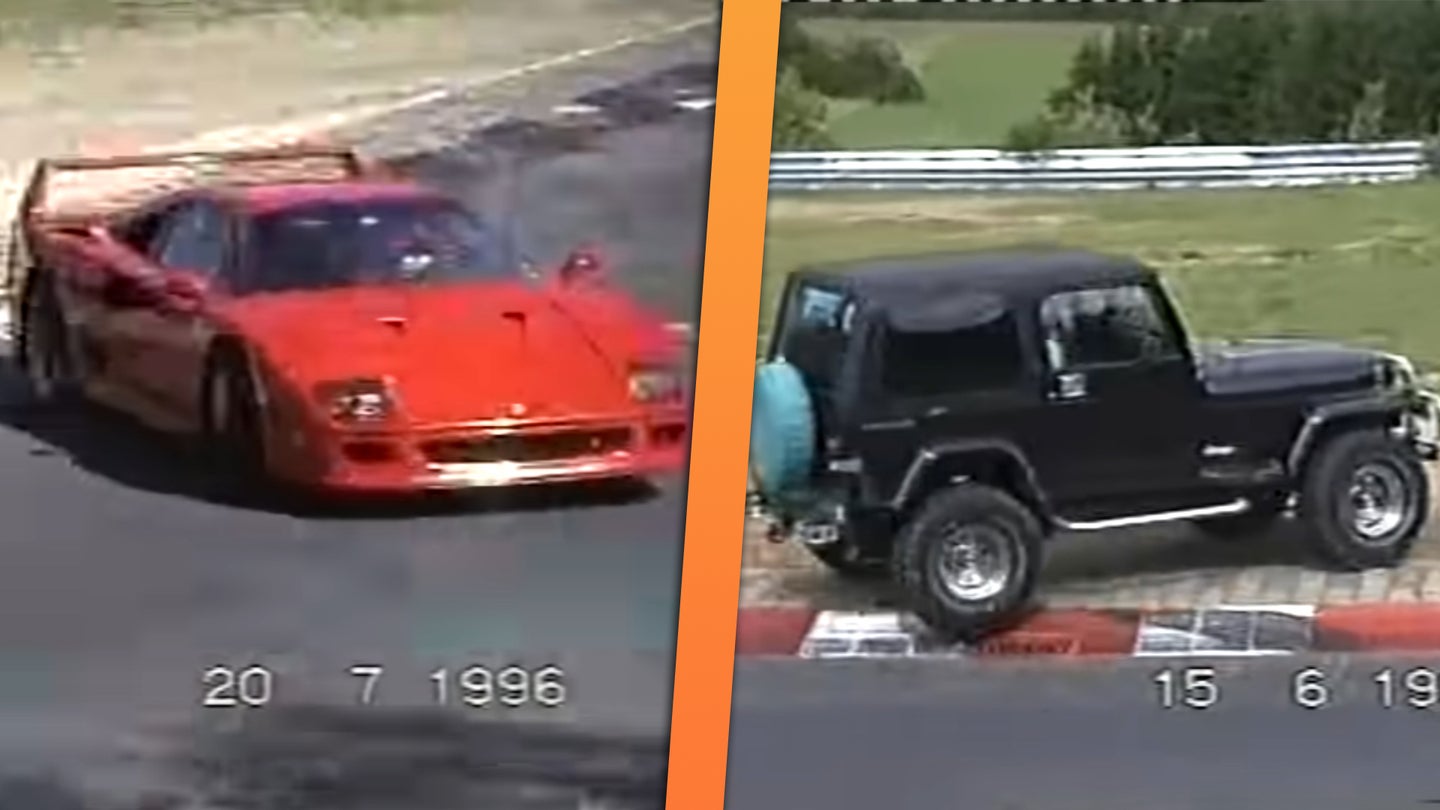 Enjoy 20 Years of Nürburgring Wipeouts In One Incredible Mega-Compilation

It doesn’t matter if you’re in Mom’s hatchback or a Ferrari F40—we all mess up sometimes. 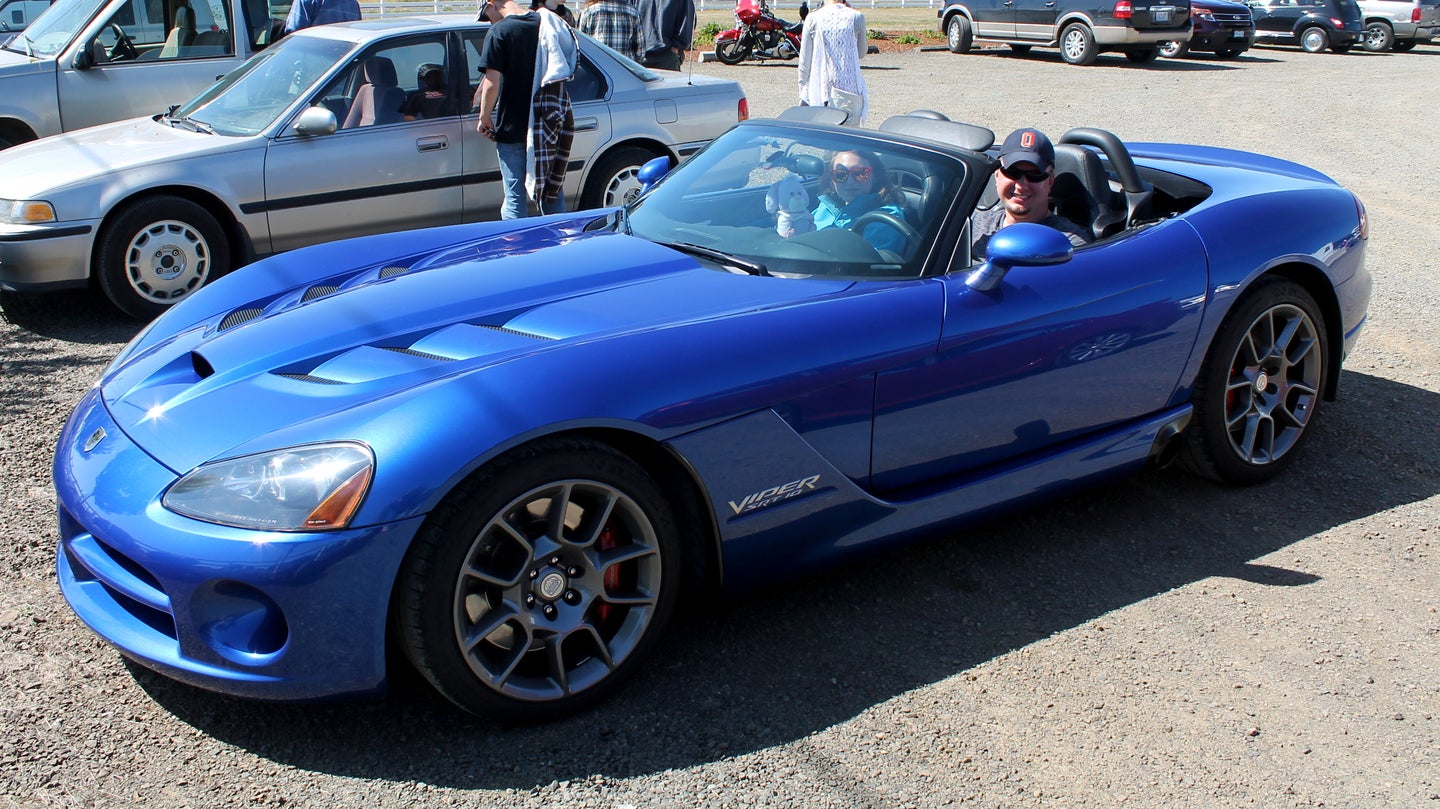 Alex Mills, Founder of the Infamous Fan Site That Spread Top Gear Across The World, Dies at 34

FinalGear helped make Top Gear the international success it is today, sharing it beyond the UK and connecting fans everywhere. 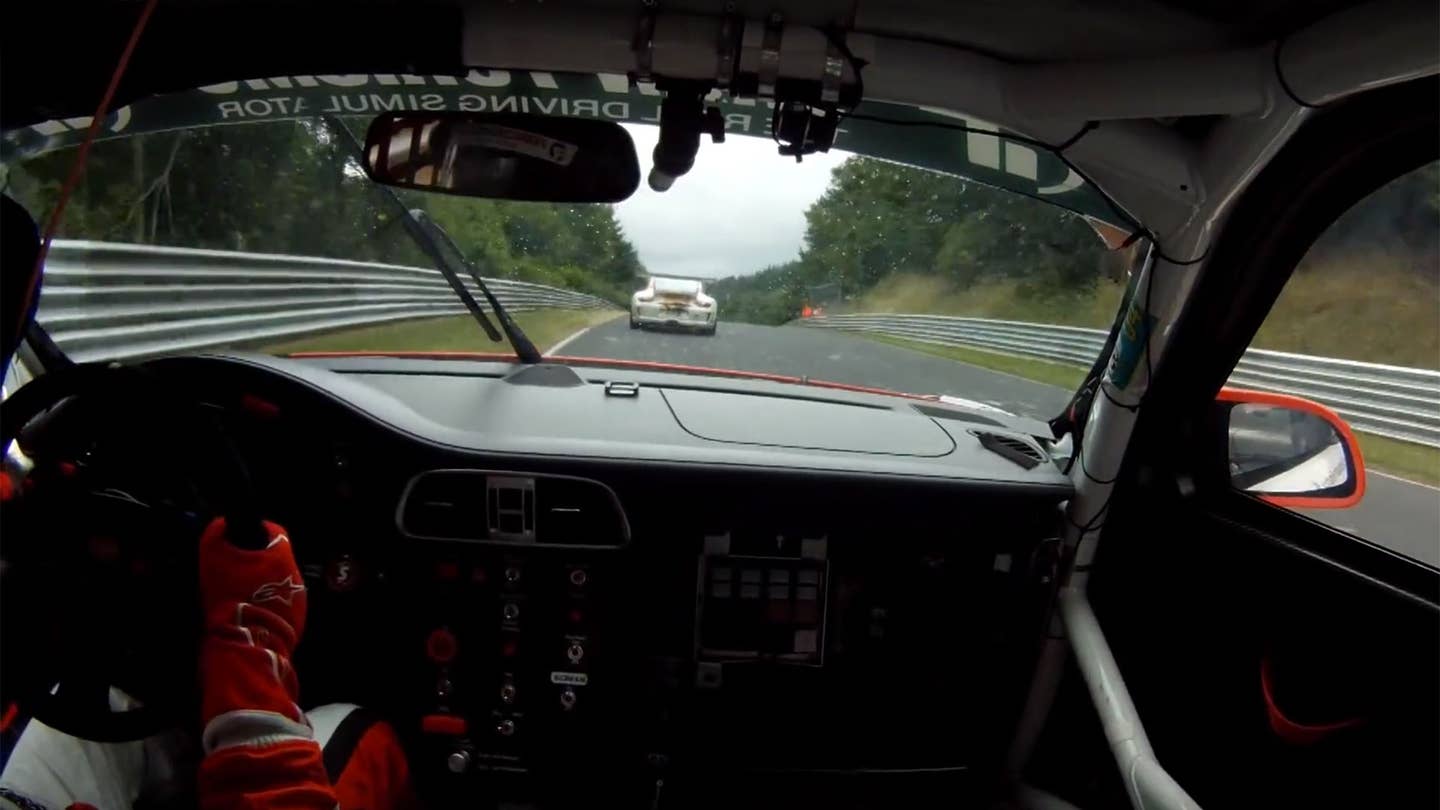