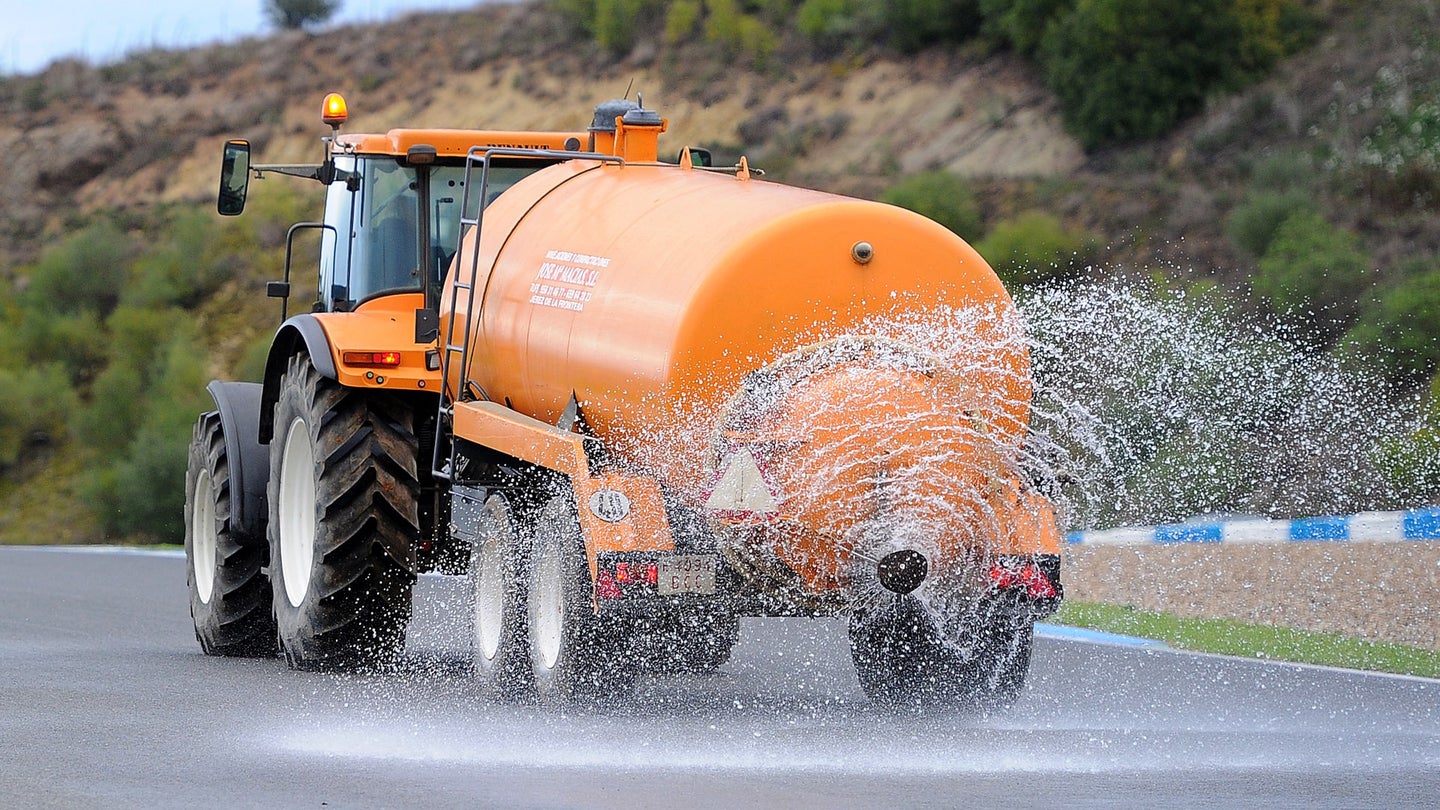 Formula 1 is testing this week in Barcelona, trying out the 2022 cars for the first time. Along with all-new whips, the drivers will be putting different tires to the test as F1 moves from 13-inch to 18-inch wheels. Pirelli’s trying out its brand new rubber, including the wet sets, which means the track's gotta get drenched. If the weather doesn't cooperate, though, the conditions will have to be manmade.

F1's got a lot of rule changes this year, so you'd be forgiven for missing a few of them. E10 fuel, massive aerodynamic changes to switch to ground-effect downforce, and a whole new look to the front and rear of the cars means you could be forgiven for not having focused on the tires. Fortunately, that's Pirelli's job, so it’s made a schedule for testing all five slick and dry weather compounds, plus a way to get the wet and intermediate tires on track in Barcelona.

I checked in with Pirelli and a representative told me that unless it rains earlier in the schedule, they'll be using water trucks to artificially soak the track over the lunch break on Friday, so cars out in the afternoon will be running around on wet tires.

One of the problems F1's had recently is that although the wet tires can displace massive amounts of water, it causes race-canceling spray due to the visibility going down to inches for the drivers. In theory, the new partial covers on the front wheels of F1 cars might improve that, but there's still plenty to try out on the new wet tires.

F1 last ran a wet testing session in Jerez in 2014, after the previous major rule changes to switch to the turbo-hybrid era. It was—as it is this year—originally planned for the Friday but got moved forward to a Wednesday session after rain fell overnight, with trucks topping up the damp before cars went out running.