The shop featured on Restoration Garage now has a new YouTube series that goes more in depth with its projects. 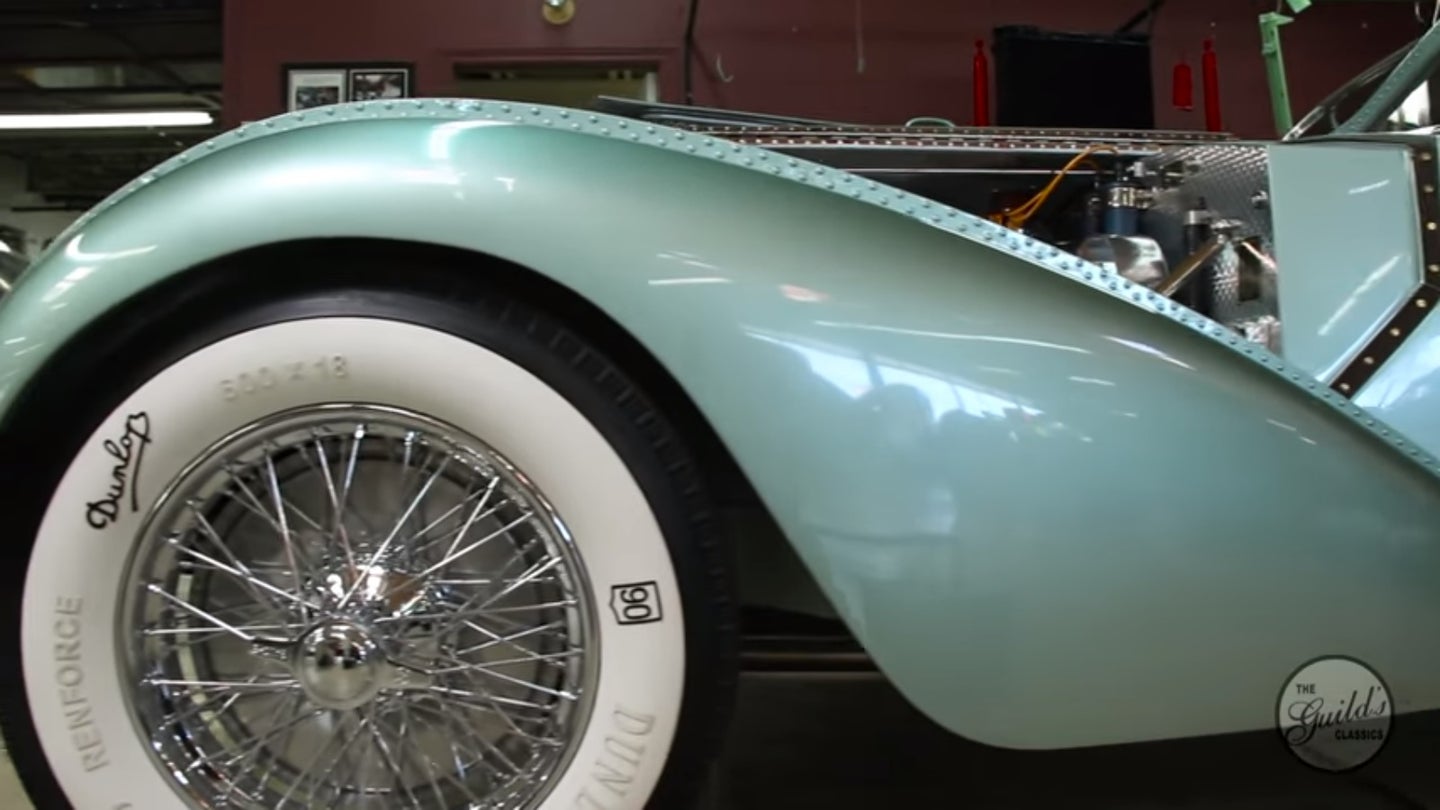 You may have heard of the Guild of Automotive Restorers from the Velocity Channel's Restoration Garage. Now the Guild has branched out with their own YouTube channel, "The Guild's Classics," to give viewers a closer look at how they do their work than a TV show can provide.

The first episode answers the one question the Guild has been asked most: How did they create the magnesium body of the 1935 Bugatti Aerolithe? Even today, magnesium is an exotic metal rarely used in cars. When it is used, it's extremely expensive. For example, the Lamborghini Countach's wheels cost $2,000 each. New production techniques may change that, but to create an entire body out of magnesium would still be unheard of today. It wasn't exactly common in 1935, either, but Guild president David Grainger believes that Bugatti employed master craftsmen to do exactly that.

Magnesium can't be formed the same way as more traditional metals due to its unique properties. It weighs two-thirds as much as the equivalent amount of aluminum, yet is stronger and more rigid than the softer metals. Magnesium can't be welded because of its low ignition temperature, so the body was riveted together instead. This may seem strange, but riveting is good enough for aircraft (and our VW Jetta Smyth Ute), and could certainly hold this car together.

Coach builder Albert Zuger takes us through the process of taking a square of aluminum and a square of magnesium and turning them into small dishes. While it may simply take hammering and smoothing to shape aluminum, the magnesium dish requires careful techniques, including heating the area being worked before lightly tapping it with a hammer. If it's too hard or too cold, the magnesium sheet will crack rather than bend, despite its strength.

These techniques are well beyond my own capabilities, but I enjoy learning about them. It's kind of like How It's Made cranked to 11. I appreciate the level of detail they go to in explaining these concepts and techniques in a way that a layman can understand. After two more episodes this week, "The Guild's Classics" will post new episodes every Monday. I look forward to seeing what restoration secrets they reveal next.