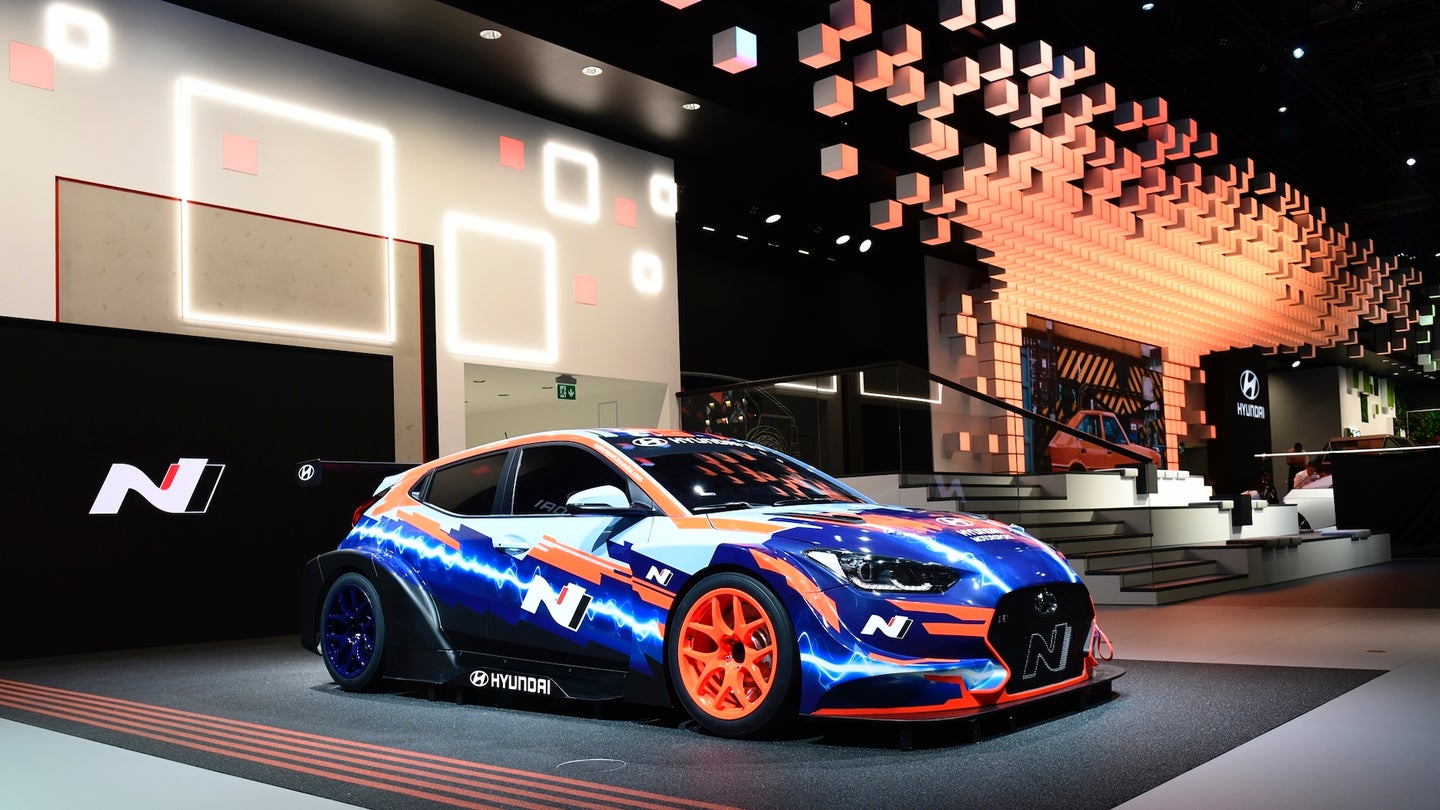 There's just something about seeing an electric racecar styled like a road car absolutely tearing up a track. Everyone knows the Veloster N is a top-tier hot hatch, but what's going on in this video of a Veloster N ETCR being shaken down at the Hungaroring can only be electron-powered black magic.

Everyone always fixates on the sound of electric sportscars, but this one is all about seeing electric performance in the body of something as familiar as a Hyundai Veloster. If you think about it, that's a very specific message for an automaker to send: "I want to push battery electric drive technology hard, and I want to do it in a vehicle that looks like something you can buy." A little more subtle than an Elon Musk tweet, but nonetheless a fairly direct signal of intent.

The Hyundai Veloster N ETCR is only the second strangely-named electric racecar competing in the upcoming Electric Touring Car Racing series. The Seat Cupra e-Racer was the first to enter, which makes sense because SEAT's VW Group parent is the only major automaker with specific mass-market EV sales goals. Hyundai has kept its cards closer to its chest on EVs, saying they could make up 90% of new sales after 2025 if solid state batteries work out, while keeping a fuel cell program going just in case. This racecar could be a hint that they're more serious about EVs than they've been letting on... just communicated in a way that won't enrage their EV-hating unions.