The VW sub-brand imagines what global motorsport will be like in the next five to ten years. 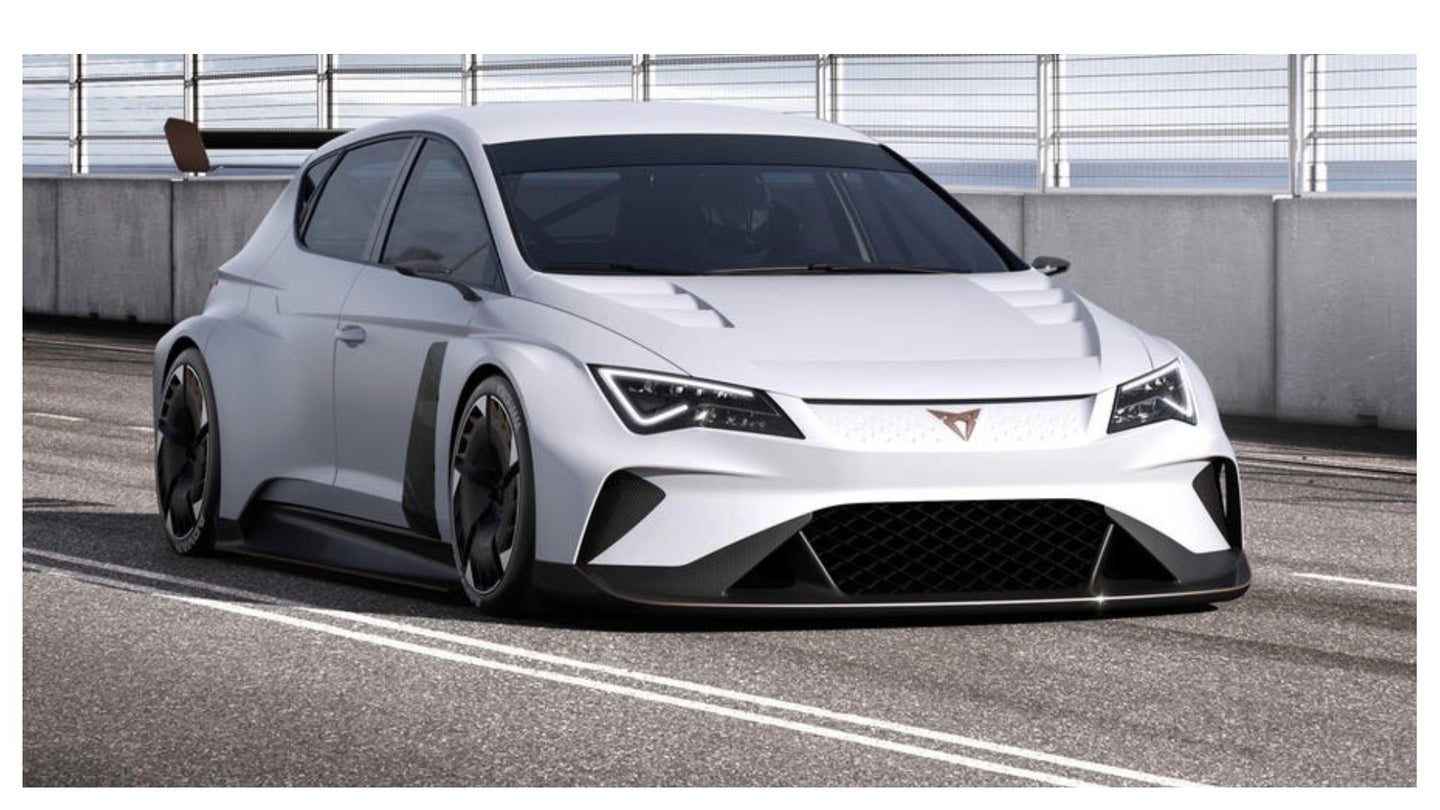 In a world crazed with electrification and efficiency, Seat's Cupra division has thought up a handsome and powerful solution to touring car competition: The e-Racer TCR. It's been designed to take the best of current EV racing tech and incorporate it into a compact hatchback, hinting at what global touring car racing could be like in the next handful of years. With increased power, immediate throttle response, and a drastically low center of gravity, it's also sure to be quicker than its gas-powered counterpart to boot.

Cupra claims this concept could become a reality as it wishes to stay involved with touring car action even after its likely switch to EVs in the future. By creating this model, the brand aims at showing its commitment to motorsport as well displaying its capabilities in the realm of tech advancement. After all, the e-Racer is a major leap in terms of go-fast equipment with its amped-up power output and aerodynamics.

Unlike the current Cupra TCR, this next-gen competitor utilizes a 65kWh lithium-ion battery pack instead of a 2.0-liter turbo four-cylinder. Additionally, that power is sent to the rear wheels as opposed to the front in the existing model, further aiding its on-track potential. Collectively, the switch to electric power provides a consistent output of 402 brake horsepower with a technical "overboost" feature that produces 670 bhp in short bursts. Though unannounced, torque figures are expected to be massively higher as well.

Cupra says that it has developed the e-Racer as a platform for future models that will eventually leak into its road car segment. Furthermore, it's part of the Volkswagen Group's collective effort to promote EVs in both transportation and motorsport.

There's no absolute date set on the switchover to electric touring car competition, but it's likely that we'll see it sooner rather than later. The popularity of Formula E is steadily increasing as the cars become faster and more competitive, so it's only reasonable that we'll see a similar bump in excitement for the battery-powered insurgence of TCR action.