Nope, it’s still not coming to the United States though. 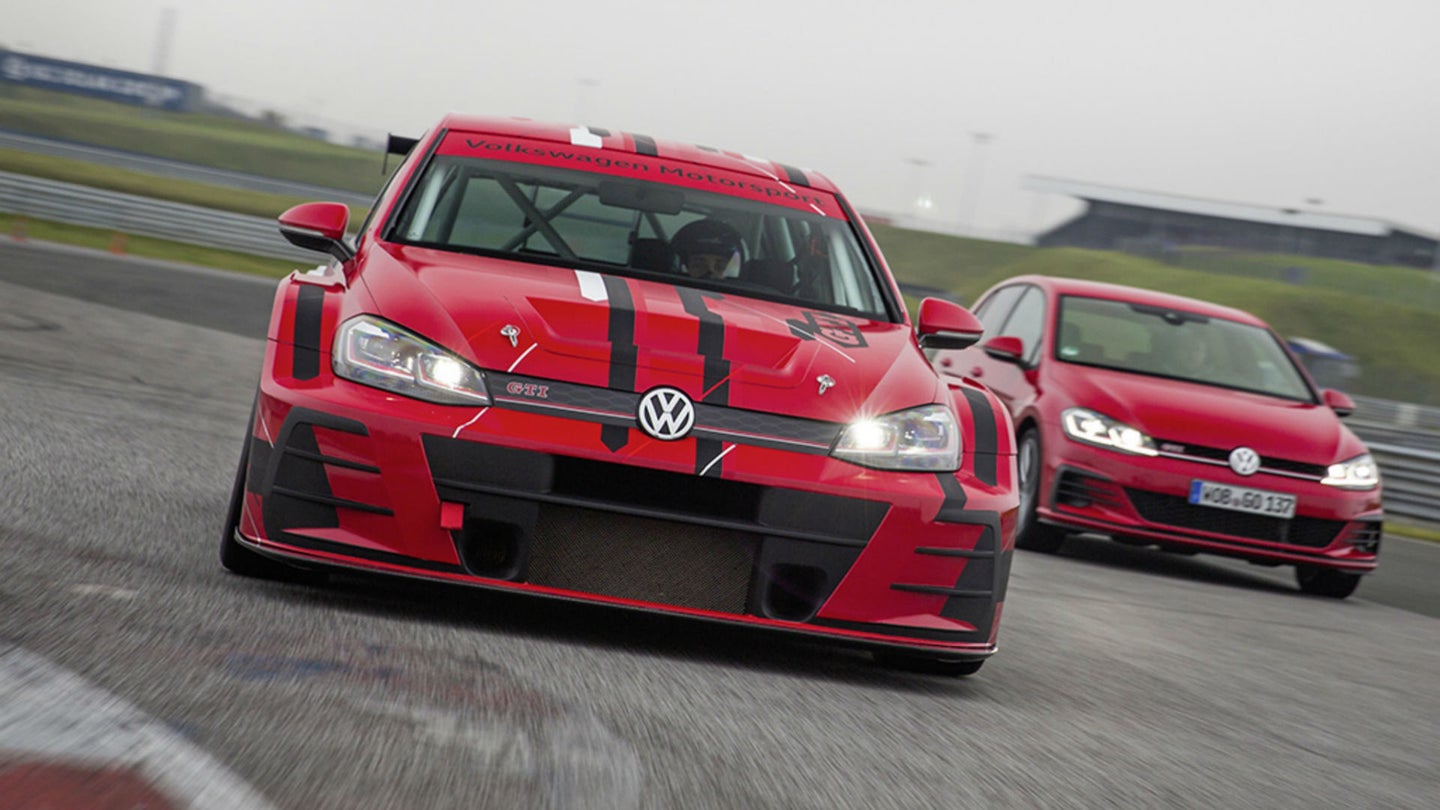 Those of you who thought the GTI Clubsport S was the most extreme front-wheel-drive Volkswagen Golf have never heard of the GTI TCR, and that's okay. America never got this GTI race car, but it understeered its way to victory in numerous European Touring Car races last year.

Just like the rest of the Golf family, the GTI TCR is getting a facelift for the 2018 model year, according to a German VW press release. The race car now sports a front end that more closely resembles that of the production Golf Mk7.5, with the new Golf's signature headlights and more pronounced, Clubsport-like air intakes. "We would like to emphasize how closely the production model and the racing version are related to each other," said Sven Smeets, director of Volkswagen Motorsport.

There aren't any new performance enhancements, but with the TCR's successful first year, why improve on perfection?

Speaking of performance, the GTI TCR isn't just a regular GTI with a fancy paint job and rear wing; it's a stripped down, track-only customer race car. Power comes from a tuned 2.0-liter engine from a production GTI, which injects 345 horsepower to the front wheels via a 6-speed sequential racing transmission. The inside has been completely gutted too, featuring racing bucket seats and safety equipment.

The new GTI TCR will debut at the Essen Motor Show in Germany this week and will be available for purchase in January. You can see it in action below.

Like with the previous generations, Americans won’t be getting hands on these.