The New Volkswagen GTI TCR Racecar Is Already Sold Out

The racing hot hatch of your dreams is already out of reach. But VW has a consolation prize. 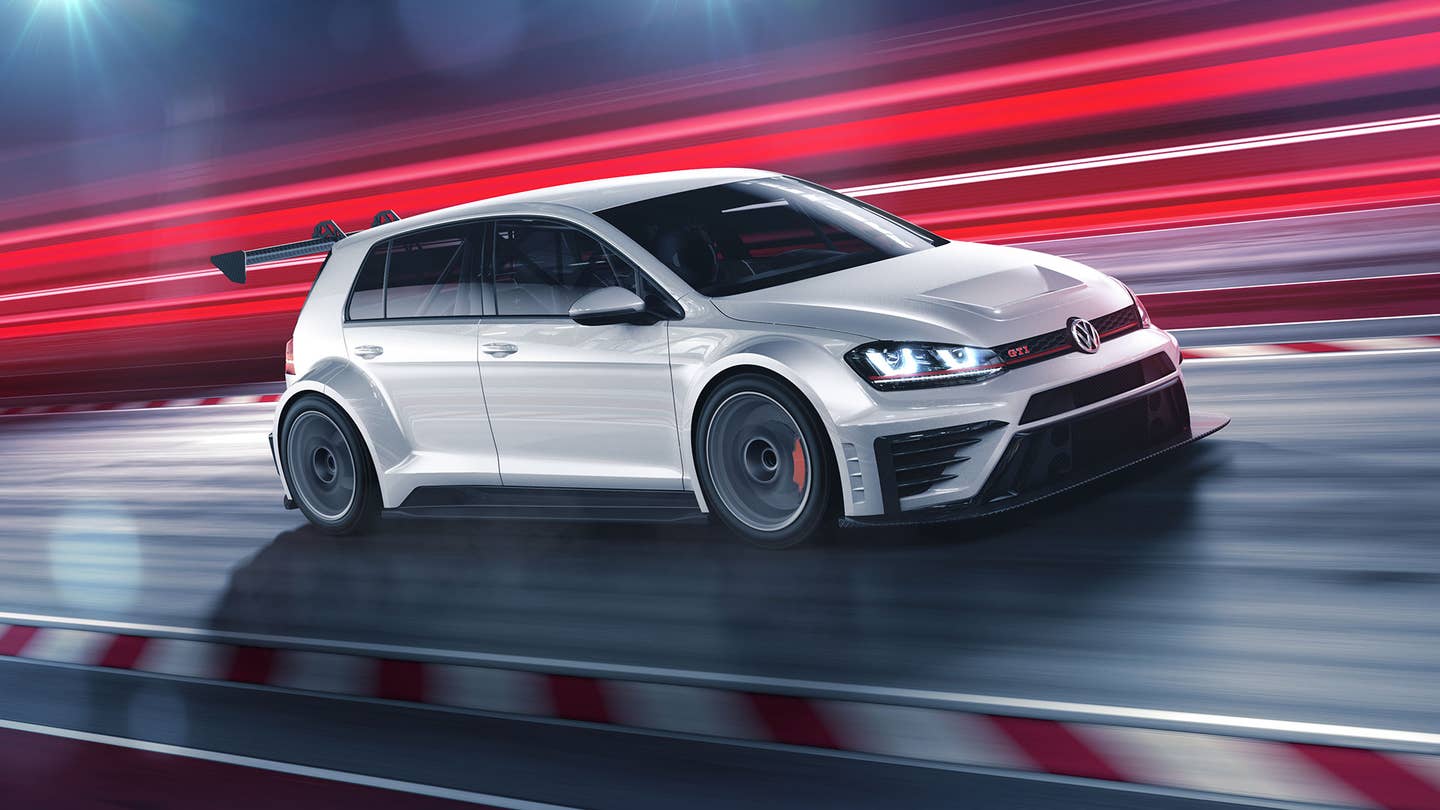 Touring car racing lives in somewhat of a niche now, but it was once a worldwide spectacle. It's where BMW and Datsun cut their teeth, and where humble sedans like the Ford Cortina became legends. The notion of a bargain basement commodity car turned racing hero is sort of... retro. And that's what makes the 2016 VW GTI TCR race car so damn cool. Well, that and the massive fender flares.

Designed for the TCR touring car race series, the VW GTI TCR's chassis stretches a whopping 15 inches wider than the street-legal version. Combine that broad beam with the aggressive front splitter, 18-inch wheels wearing Michelin slicks, and a carbon fiber rear wing big enough to eat dim sum on, and you've got a Golf with unparalleled high speed stability. A 330-horsepower turbo inline-four plucked from the Golf R provides the juice, while a sequential racing transmission with paddle shifters passes that power on to the front wheels. And, as you'd expect with a turnkey race car, a full cage, racing seat and race-ready safety tank are all included, too.

Now comes the disappointing part. VW only built 20 examples of the GTI TCR, and they're already all gone—racing teams snapped up the entire run by mid-January. But you will be able to buy the street-legal VW GTI Clubsport, which goes on sale later this year. VW promises that car, powered by a turbo four making 265 horses under normal operation and 290 hp on overboost, will be the most powerful production GTI ever.*

*That's assuming you don't include the Golf R, which is fudging the facts a little. But hey, when has that ever gotten VW in trouble?