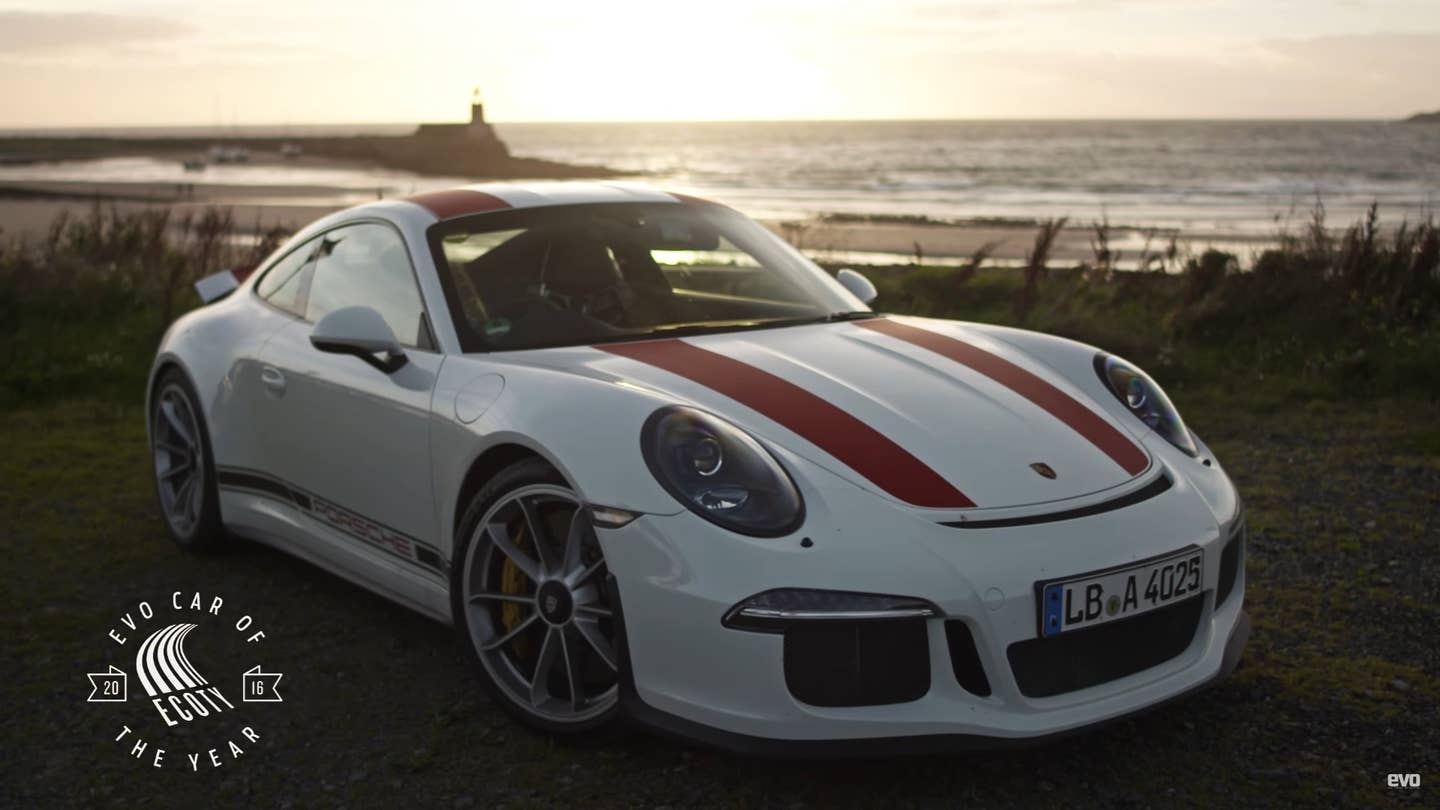 Porsche's 911R is widely regarded as one of the best roadgoing cars of all time. The car is essentially a 991 Generation GT3 with more aggressive aero, a 6-speed manual transmission, a 500-horsepower 4-liter out of the GT3 RS, fancy seats, and some stripes, but yet the cohesive package is more than the sum of its parts. Going up against some stiff competition from some of the best sportscar manufacturers in the world, Porsche somehow seems to continue coming out on top. They've crafted another masterpiece with the 911R, but sadly there are so few of them to go around that they're already collector items, and very few will be driven as seen in this video.

I've been somewhat of a 911R skeptic since the car was launched, primarily because the "R" in the name suggests "Rennsport" while the car's intention is nothing but street aimed. Perhaps, in my mind, this car would be better referred to as a GT3 Sport, or a GT3 RS Komfort. What do you think, is the 911R deserving of its name, or would Porsche have been better served naming it something different? In any case, the car seems to be one of the best drivers cars ever made, and Evo seems to agree. Be sure to watch the entire video, as they named a VERY interesting second placed car. If you can't get yourself a 911R, you might be able to console yourself with the second placed car in the ECOTY test.

They strapped Frank Kayser to the front of a 600 horsepower Audi S6!