This is the truck that could turn everybody toward electrification—or away from it. 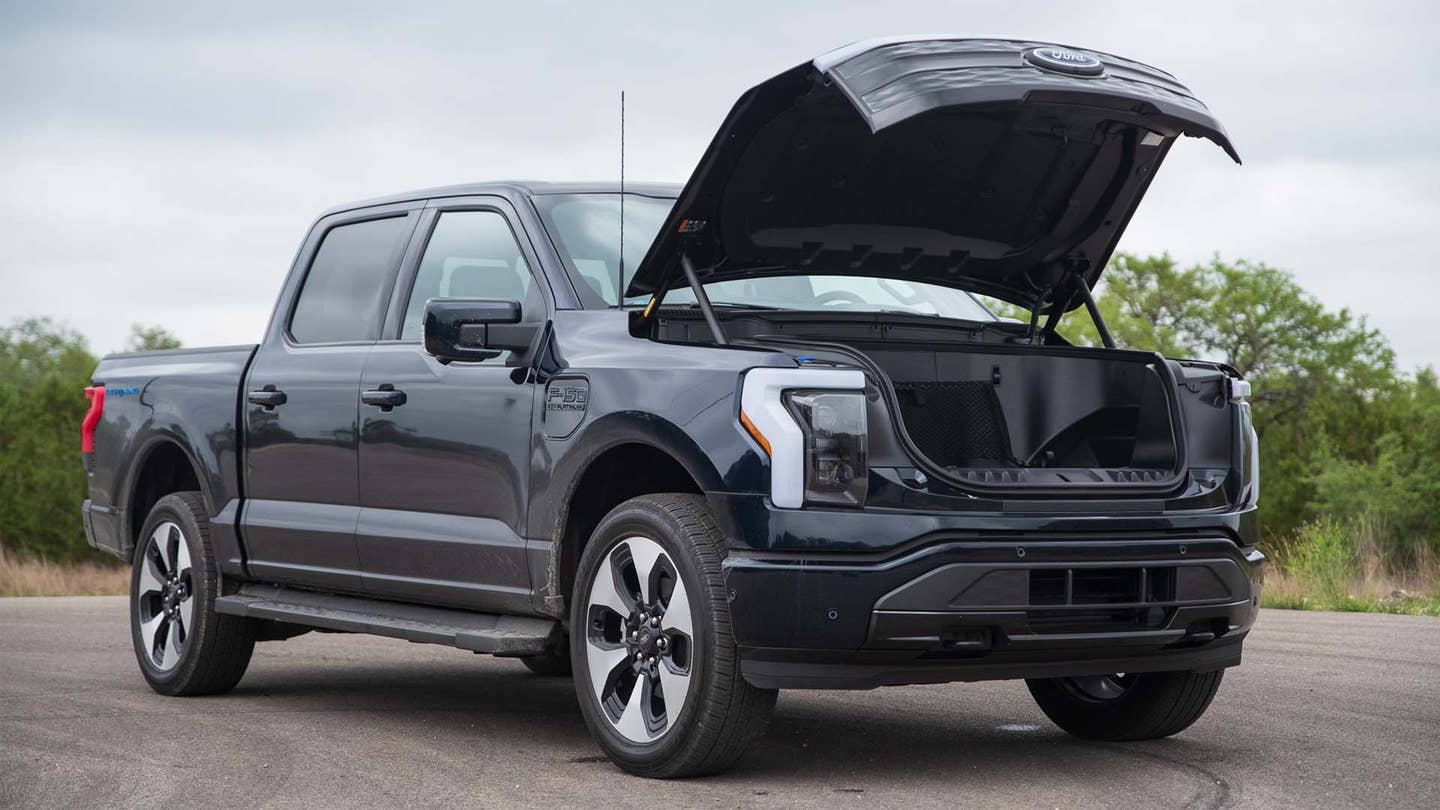 It's 2022 and you may or may not be sold on electric vehicles. Even if you are sold on electric sedans and sports cars, there's a slimmer chance you believe battery-powered pickups can match the performance of a gas truck. Automakers know this, and it's for that reason the team behind the Ford F-150 Lightning put years of work and millions of dollars into making it as livable, comfortable, and capable as possible. Now that they're in production, we're about to find out if it all pays off.

The F-Series' importance almost can't be overstated, especially in America. It's been the best-selling vehicle here for 45 years and all kinds of people choose to drive one every day, whether they're a plumber with their XL work truck or a banker with their Platinum. That's the reason why the F-150 Lightning has the potential to win over more people for electrification than any high-dollar luxury car from Tesla, Mercedes-Benz, BMW, and what have you.

That also means it has to be better than the gas version. If it were only as good as what we've already got, there wouldn't be as much reason for Plain Jane and Average Joe to get one as their next truck. We already know the power specs are there—that 775 pound-feet of torque is a big reason why 200,000 people placed a reservation for one—though, at some point, that acceleration won't be as novel as it was on delivery day.

I spoke about this with Linda Zhang, chief engineer for the F-150 Lightning, at last year's Los Angeles Auto Show. We discussed a lot in just a few minutes, but one thing that stood out to me was how far Ford has gone to make this like the gas version that everyone loves so much. They could've gone with a wholly different body if they wanted, but that wouldn't have served customers who already own accessories for their F-150. It would've also resulted in the aftermarket spending months on research and development, which drives up prices for you and me in return.

"We actually kept the same [bed] top for that exact reason," Zhang told The Drive. "That's what we viewed it as—to help people migrate into it, these kinds of touchpoints, we made it the same."

That's also why Ford gave the truck lockable storage, an interior with dimensions nearly identical despite having batteries under the floor, and the ability to charge other EVs and even your house. It ticks all of these boxes on paper, though we've yet to see how customers react to it in practice. That part is important because people rely on their trucks for everything.

Ford says 80 percent of its F-150 customers tow, but of course, they aren't towing 80 percent of the time. What's more, Ford knows that not many owners are towing above 10,000 pounds, which is why it capped the F-150 Lightning right at five tons of capacity. Stat sheet warriors will point out that's 4,000 pounds less than some gas F-150s, and even 2,000 pounds less than the most capable Toyota Tundra, but this truck's purpose isn't to pull the most weight. It's intended to invite people into the world of electrification, which it's apparently succeeding at as 79 percent of reservation holders said this would be their first EV.

The general public is clearly taking interest in it, then. Whether they're attracted to the Mega Power Frunk—which is a goofy but admittedly great name from a marketing standpoint—or the fact they'll never have to pay $6 a gallon again, 200,000 people have said they want one. It's unclear how many of those reservations have turned into orders, but Ford plans on making 150,000 of the things annually. If it's a home run once butts hit seats, I doubt Ford will have a problem selling every one of 'em.

The Ford F-150 Lightning Is Now Officially in Production

Delivery-ready trucks are rolling off the line today.