The world’s first pair of internationally certified SAE Level 3 vehicles are both Benzes. 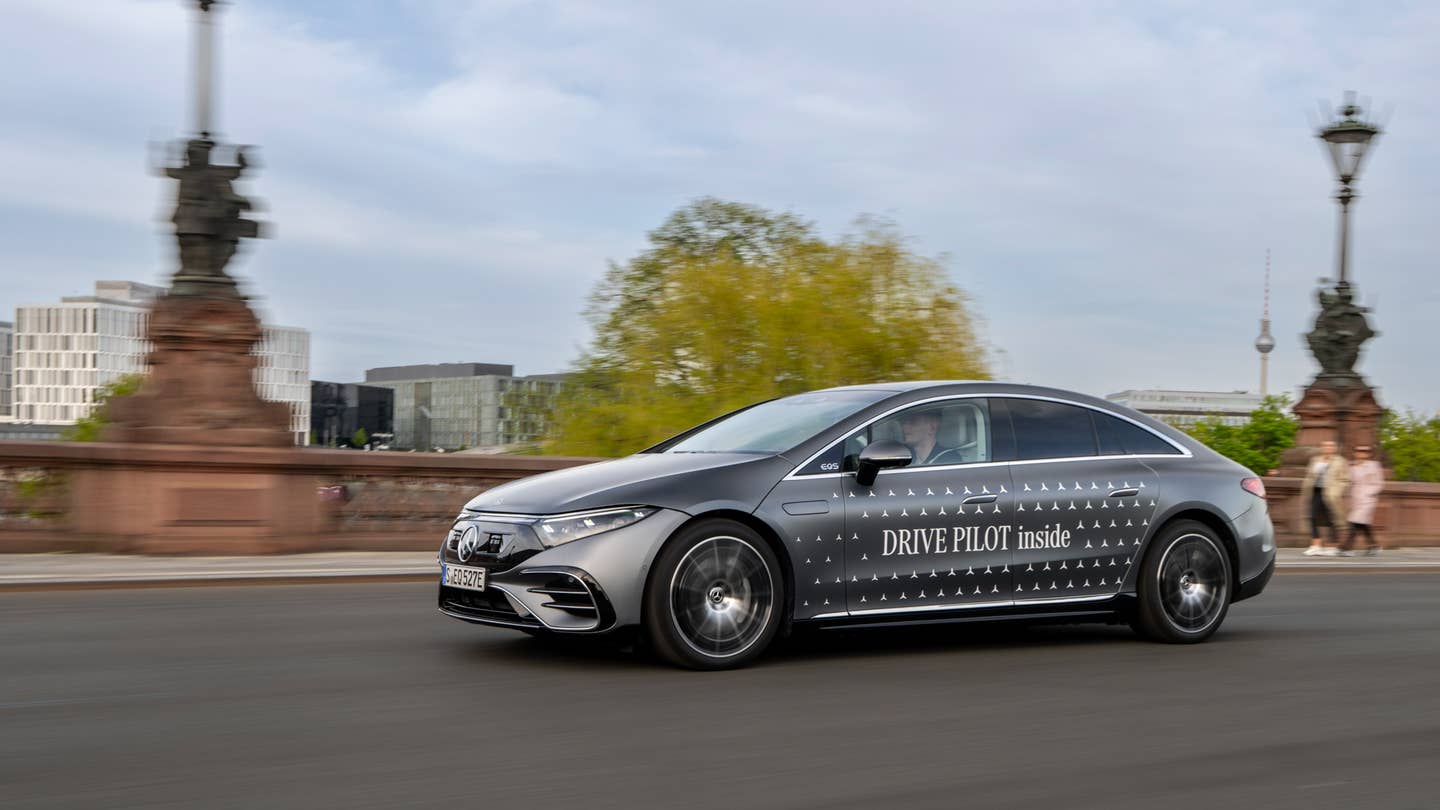 One of the closest things to a self-driving car today will soon be available for purchase in Germany as Mercedes-Benz offers Drive Pilot—a true SAE Level 3 autonomous system—on new S-Class and EQS models this month. That makes it the first automaker with an international certification for a self-driving system, although Honda did release its Legend sedan with Level 3 tech last year, albeit only for domestic Japanese buyers. In addition, Mercedes announced that it intends to bring the tech to California and Nevada by the end of 2022, which would make it the first automaker to offer a system that advanced in the United States.

To fully understand the importance of this, it's worth a refresher on what "SAE Level 3" means. Self-driving ability is rated on a scale of zero to five; zero is modern functionality that requires full attention (think lane departure warnings and emergency braking assistance), and five is fully autonomous driving with no driver attention needed (which does not currently exist). The gap between Level 2 and Level 3 is massive, however; Level 2 is automatic lane-centering and adaptive cruise control at the same time, which still requires constant driver attention. Level 3 is considered mild self-driving, where the car can, for example, drive without intervention through a traffic jam while still requesting driver input if needed.

There are currently no Level 3 cars for sale in America, although there are robust Level 2 systems for sale today—think Tesla Autopilot or GM's Super Cruise. Mercedes would be the first manufacturer to offer a legitimate Level 3 car stateside if the tech becomes available in the West later this year, although don't expect the pedals and steering wheel to become ancient history just yet. Level 3 still is only rated for limited functionality, usually in good weather or low-speed, predictable conditions. In the case of the EQS and S-Class, that means speeds below 37 mph on "suitable motorways."

The international certification Mercedes achieved is actually defined by the United Nations; specifically, regulation No. 157 of the World Forum for Harmonization of Vehicle Regulations adopted in 2019. Germany itself provided a legal framework for Level 3 autonomy as far back as 2017, and Mercedes is the first manufacturer to actually build a car that can take advantage of the new laws. The company has done so by outfitting the S-Class and EQS with a suite of redundant visual and sensory devices, including LIDAR, radar, ultrasound, and visual sensors. These can build a 3D composite map of the surrounding area in real-time that "enables stable and accurate positioning through a representation of the surroundings that is independent of factors such as shadows or dirty sensors."

While Benz's tech isn't stateside yet—Mercedes explains that it's still working with American regulators to ensure the systems are legal here—German buyers can pick up an S-Class or EQS that pilots itself through crowded segments of the Autobahn as an under €10,000 option starting May 17. In the meantime, when the S-Class (that I definitely own) is stuck in traffic on I-80 as I head through the deserts of Nevada, I will simply have to rely on my chauffeur (whom I definitely have hired) to navigate those jams for a little while longer.