New Mercedes Cars Can Warn You About Potholes 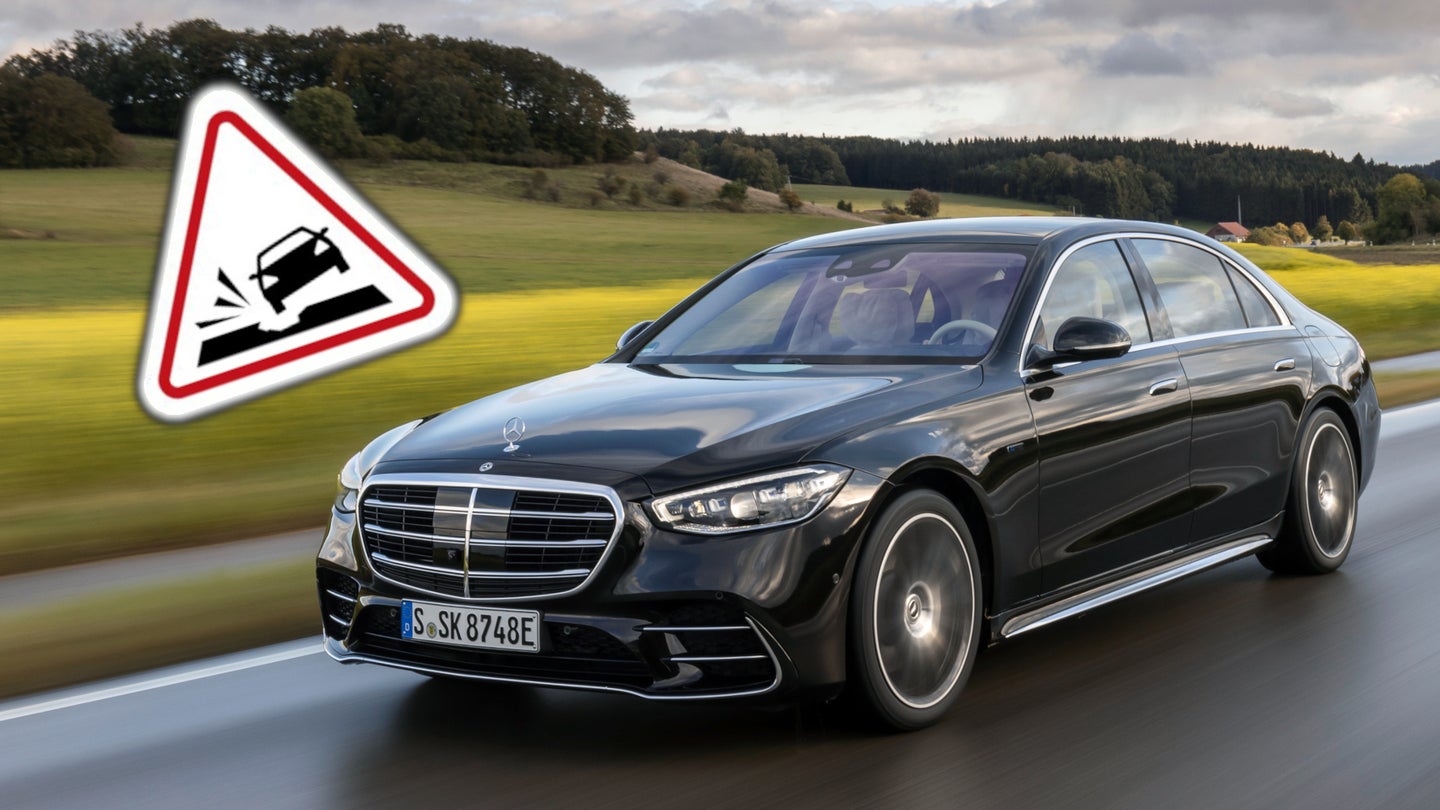 Car-to-car communication is something that's often been touted as a key technology that will shape the future of driving. Mercedes-Benz has invested heavily in its own Car-to-X system, which shares data from vehicles via a cloud system run by the German automaker. It's now getting an upgrade, with new models now able to directly warn drivers of potholes in the road ahead, reports Motor1.

The new feature is available on the new S-Class, C-Class, and EQS models. If a suitably equipped car hits a pothole, it will be detected by the system from the signature of rapid suspension movements. The car will then send a signal to the Mercedes Car-to-X cloud servers via a cellular connection. Other Mercedes cars driving through the area will then be warned via the Car-to-X system.

Warnings will show up on the navigation screen, paired with an audible announcement of "Look out, pothole!" Earlier Mercedes models equipped with the Car-to-X system will deliver a less-obvious warning of "Traffic event ahead." The system will also warn drivers of other hazards, such as strong crosswinds, speedbumps, or weather conditions.

Of course, the system won't do anything to actually fix the initial problem. Perhaps an update down the line will automatically notify the city to fix badly damaged streets. New machinery means that repairing potholes doesn't have to take forever, either.

It bears noting that the system is manufacturer-specific. This means that if you're the only driver with a Mercedes in the area, you're not going to get any useful information from the Car-to-X system. However, if your city has plenty of new Benzes getting about, you might find it to be highly useful.

The system also requires a "Mercedes Me" account. Basic functionality comes free for the first three years with eligible models, with subscription fees payable beyond that point.

It's a feature that will become more valuable as the deployed fleet of equipped vehicles grows larger. In time, we'd expect to see automakers coming together to share data to provide a broader dataset of hazards to drivers. However, such networked communication systems, often termed Car-to-Everything systems, are still in a nascent stage. It will take significant time and effort to implement a truly capable system that serves all vehicles on the road.