Whenever an EV company, such as Rivian, claims a maximum range for one of it's vehicles, it uses a best-case scenario. If all the conditions are right, and you're driving on the right road, at the right speeds, without any interruptions, you can usually reach the max range of the vehicle. However, more challenging conditions will obviously deplete its battery faster, causing that range to fall, sometimes dramatically. To see what kind of range the Rivian R1T can get when really challenged, this owner decided to test it out off-road.

The Rivian R1T has a 125-kilowatt-hour-net battery pack, meaning only 125-kilowat-hour of its 135 kWh gross battery density is available (many automakers build in ten kilowatt-hour buffers, so range isn't affected as the battery degrades over time). That 125-kilowatt-hours of usable battery is said to provide the Rivian R1T with just over 314 miles of range. With Rivian's 20-inch wheel/all-terrain tire package, which this owner has, that range drops to 277 miles. Some simple maths says that's around 2.2 miles per kilowatt-hour, which isn't normally impressive but pretty good considering the R1T's weight and power (835 horsepower and 908 pound-feet of torque). But what happens when you take the R1T off-road, where its quad-motors and traction control systems need to work harder, and where it needs to pull its hefty curb weight uphill and through slippery terrain?

YouTuber Rex Briggs found out by taking his R1T on a 100-mile off-road journey to see how its efficiency was affected. He started the trip with 93-percent SOC (State of Charge), with a 42-degree Fahrenheit ambient temperature. The first leg of his trip saw him use 37.8-kilowatt-hours to travel 17.8 miles, most of which was uphill--to over 6,500 feet of elevation--and featured ten creek crossings and several tricky off-road sections, which equates to around 2.1 miles per kilowatt-hour, not too far off its normal efficiency. In total, Briggs climbed to an elevation of over 11,300 feet, which continued to cause his efficiency to drop.

After driving all the way back down, a total of 93 miles, he reached the end of his trip at a charging station, with 30-percent SOC, a usage of 63-percent from the beginning of the trip. More importantly, it's an efficiency of 1.13 miles per kilowatt-hour. That would provide a total of 152 miles of total off-road range on a full battery charge.

This video is a good breakdown of what it's like to off-road a Rivian R1T and what sort of range/efficiency you can expect. As more and more brands develop electric pickups, information like this will be helpful to future owners who might be skeptical of electric trucks for off-roading. Sure, range drops pretty dramatically but, as this video proves, a truck like the Rivian R1T can handle over 100 miles of off-roading, most of which uphill, before needing to charge. Briggs even calculated that it could climb 25,000-feet before needing to be recharged, higher than any mountain in North America. Any doubters of electric trucks should seriously think again. 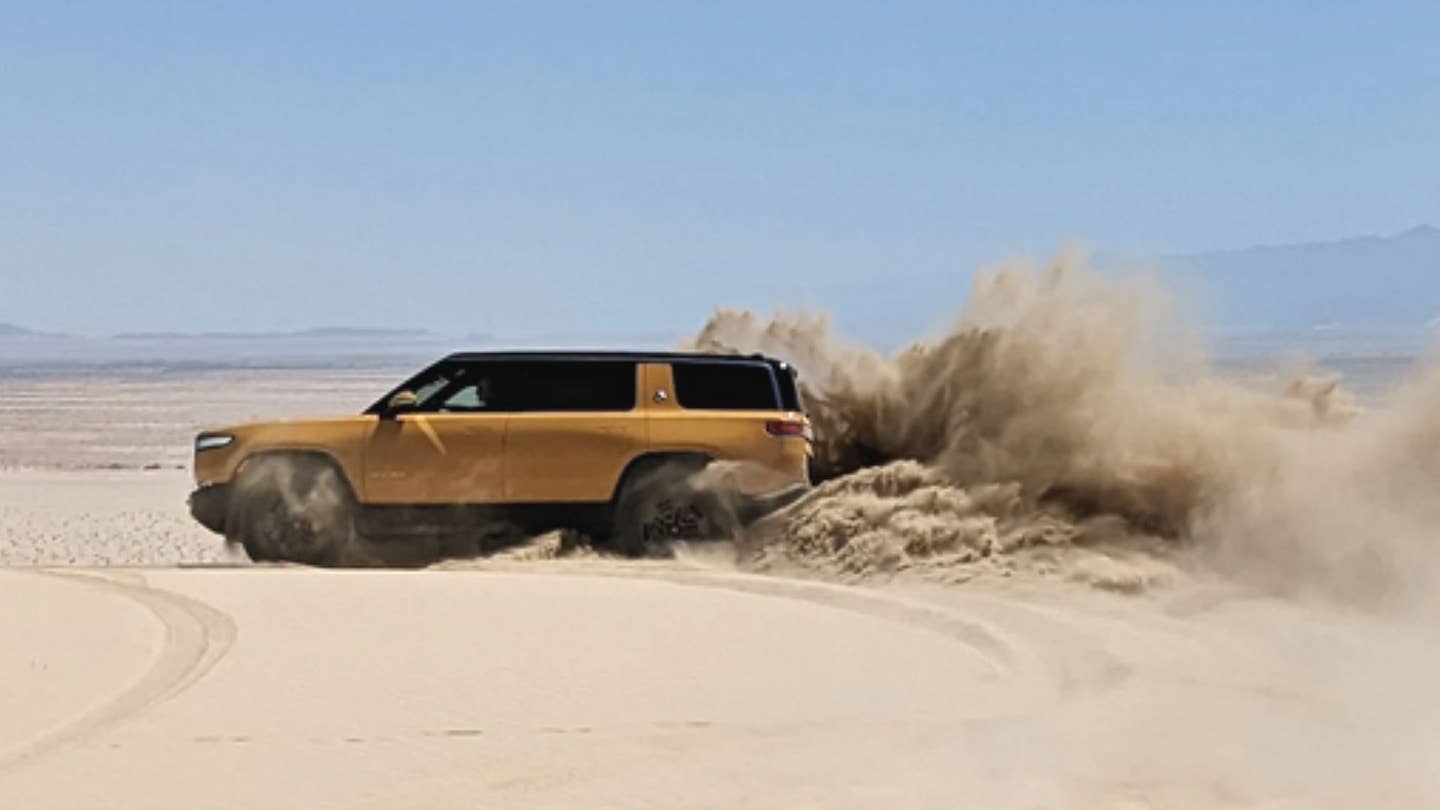 New mode is part of a an over-the-air software update; no mechanical intervention required. 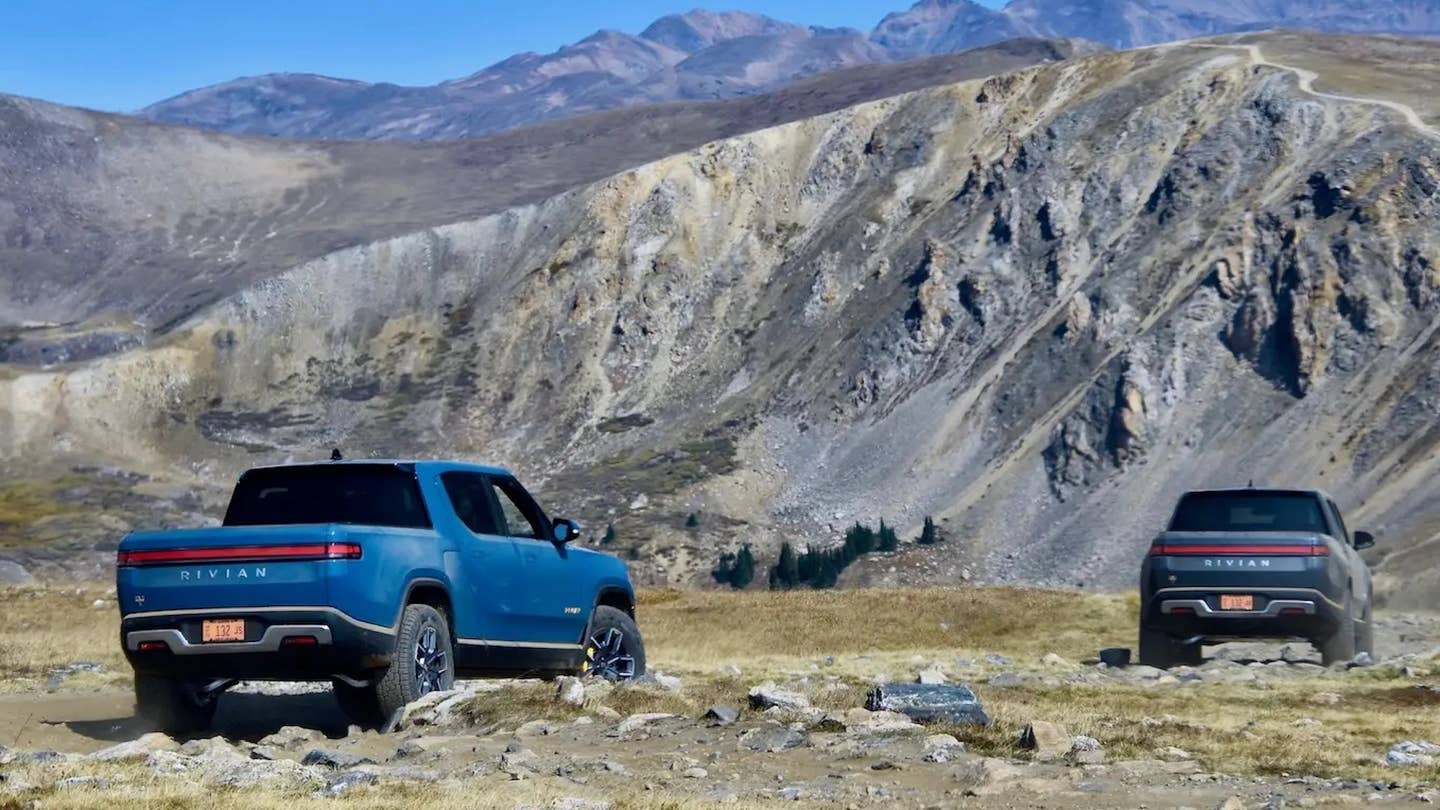 Why Rivian and Mercedes’ ‘Tank Turn’ Is Horrible for Trails

Party-trick tank-turns and wheel-locks are fun and all, but they’re bad for trails, nature, and other drivers. 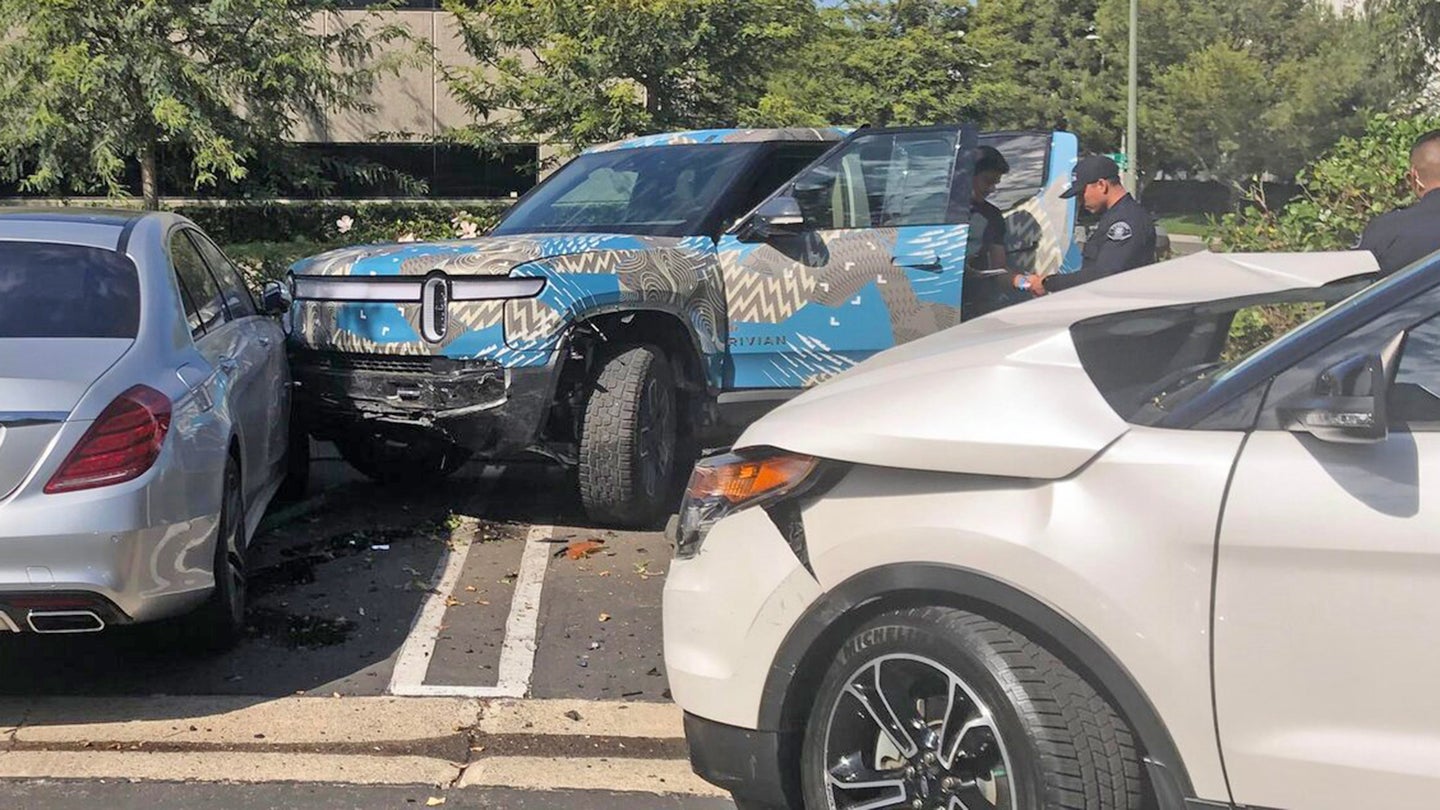 A prototype Rivian R1T left the road and struck two parked cars in California on Wednesday in what appears to be the electric truck’s first public crash.