Even if there weren’t a ton of reveals, there are definitely cars worth seeing. 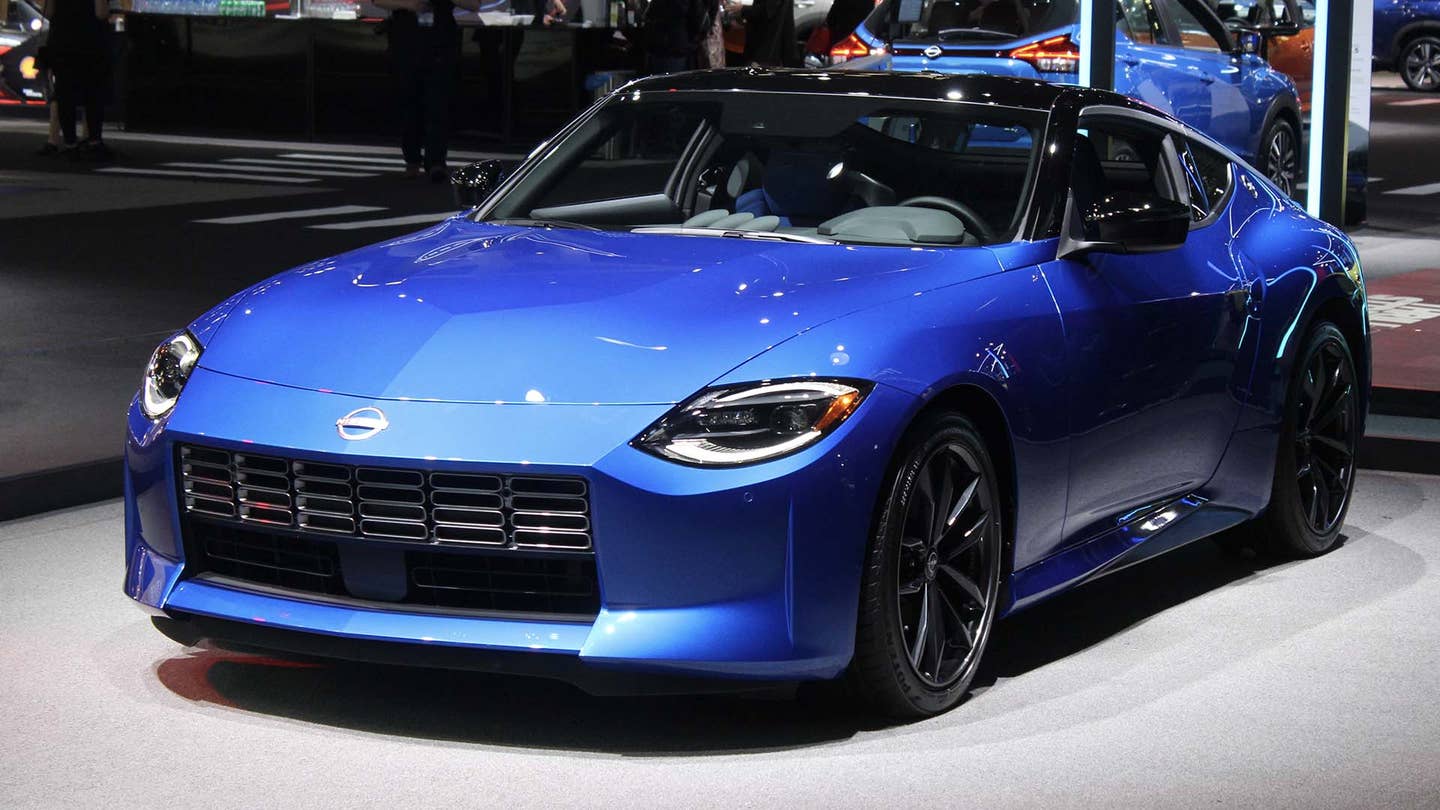 The New York International Auto Show is back after two years away and let me just say, it's pretty weird. The Jacob K. Javits Convention Center isn't anywhere near capacity in terms of booths and there's no true headliner reveal, but nonetheless, it's happening. It's not all mediocre, either; there are more than a couple of interesting sights, and that's what I'm going to recap for you, right here, right now.

The Hyundai Palisade and its ultra-popular sibling, the Kia Telluride, have both been refreshed, as has the Subaru Outback. The only real "big" reveal was the new Kia Niro, which itself is a home run for small cars. Its unconventional looks are especially striking in person, and it definitely outshined the refreshed Telluride and Palisade.

That's partly because the twin SUVs from Hyundai and Kia basically got no mechanical changes. Both trucks have new soft-roader trims and other small improvements like heated third-row seats on the Palisade, but that last detail is really the most exciting thing aside from the aesthetic updates. Much the same can be said for the Outback, which has received some light tech and safety updates as part of its own mid-cycle refresh. Oh, and don't forget the cladding.

The Niro is mostly new for 2022, sitting on a slightly expanded footprint and dressed in a flashy new body. Underneath, there are updated versions of the previous generation's drivetrains, all of which feature some level of electrification. We have a whole separate post about the nitty-gritty details, but this thing's looks are really striking, although that sort of design advancement is typical of Kia and Hyundai lately.

The non-body-colored feature on the side of the vehicle that stretches up from the fender well to the roofline along the C-pillar is called the "Aero Blade." It defines the rear quarter of the car nicely. It encapsulates the taillight, which is likewise blade-shaped, and gives it a sort of Audi R8 vibe if any compact car can really lay a claim to such a thing.

The car's front design is just as great, where the fascia is defined by a familiar sight these days; a thin strip of illumination across the top with the actual headlights located lower down. The Niro's accent isn't an actual light, though—it's just a piece of trim. As a result, it doesn't have to be awkwardly thick and make the headlights look like a pair of grumpy eyes peering across traffic.

The new Nissan Z is here as well as the Corvette Z06 and the GR Corolla, but they weren't revealed at this show. Nevertheless, the GR Corolla is as neat in person as you think, and I've explained how I feel about the 'Vette and Z more than once before. (I'd take one of each.)

Other items of note included the strange things Toyota always brings to these shows. You know, the really weird stuff—vehicles like this Micro Palette or the Toyota Rhombus. I've never heard of the Toyota Rhombus and it's my job to know about that kind of stuff. What is going on with that thing? Not sure. The Micro Palette—pallet seems to be intentionally misspelled in a reference to the colors used—in comparison, seems far less worrying, just like something I might knock over if I saw it at the grocery store.

In any case, lots of automakers were absent from the show this year; as such, there's just not as much to see as in years past. The pandemic has certainly changed things, and it's hard to say whether auto shows will return to their former glory. In a time like right now, it's not an easy call to make.

2023 Subaru Outback Wears Even More Plastic Cladding Like the WRX

Kia’s triple-threat Niro heads into its second, better-looking generation in 2023.

The 2023 Telluride gets some mild improvements, a slight bit taller, and some more real, actual colors.