2023 Subaru Outback Wears Even More Plastic Cladding Like the WRX 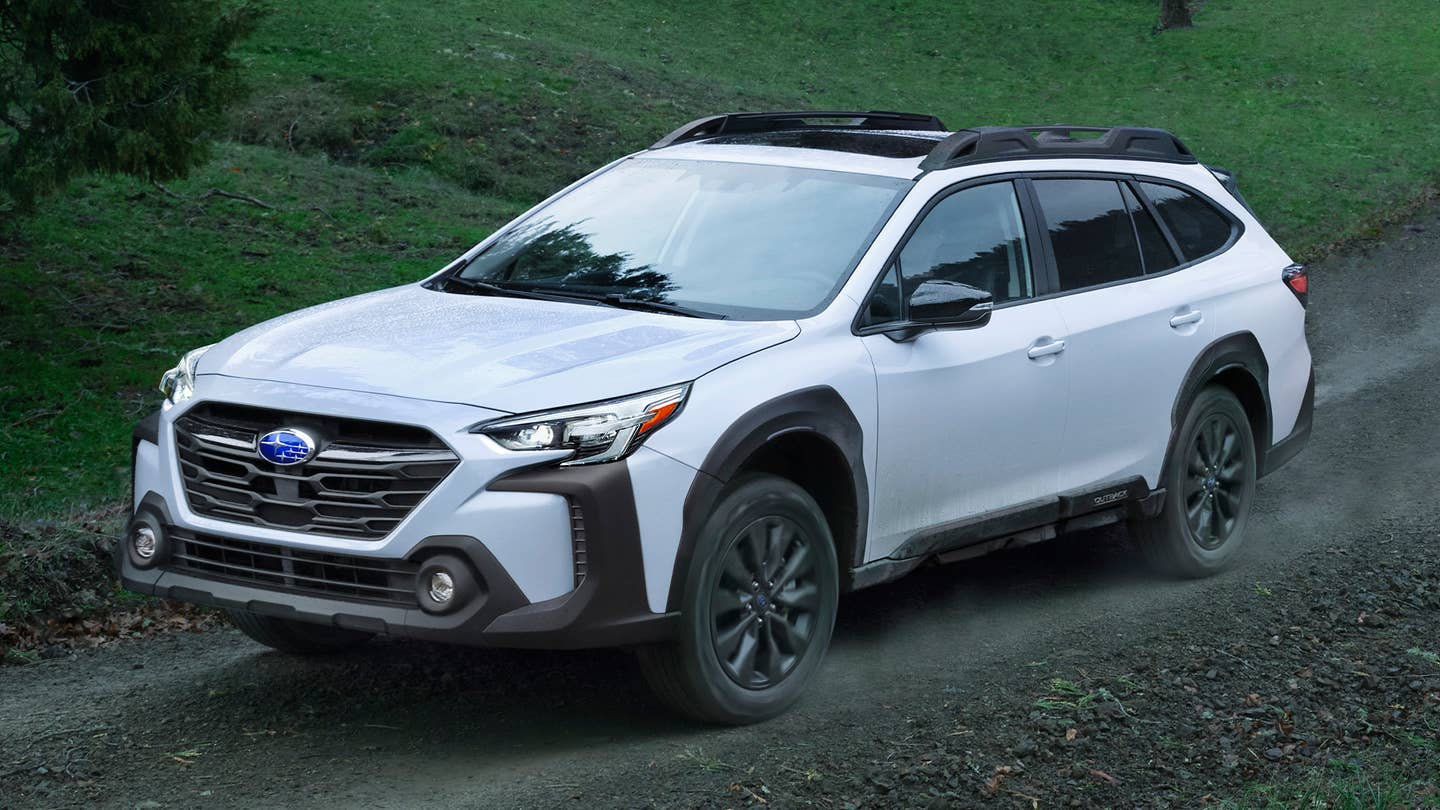 The 2023 Subaru Outback is making its debut at the New York Auto Show this week, complete with a mid-cycle refresh that makes it look more like the new WRX.

The Outback has been a stalwart in Subaru's lineup for those who want the room of an SUV, but prefer the styling of something more wagon-y. This update definitely focuses on moving more towards the adventure wagon side of the world more than the SUV—even though Subaru prefers to call it the latter.

Its styling is perhaps the most notable change. A rather aggressive front-end is now placed at the business end of the vehicle, with a larger grille and redesigned lighting including some rather proudly displayed fog lights. There's also a lot more plastic, with redesigned exterior cladding on the front bumper and wheel arches. Perhaps the fascia could be described as a mashup of the new 2023 WRX and the upcoming 2023 Solterra EV, just with a bit more focus on the adventure vibes.

Not much has changed at the rear of the vehicle. In fact, if you didn't notice the reflectors being slightly repositioned, you likely wouldn't realize you were behind a facelifted 2023 Outback. Oh, and in case you're wondering, the existing Subaru Outback Wilderness won't be getting any design changes for 2023 either.

Under-hood performance is the same as before, as Subaru says it'll still offer two engine choices. The base option is a 2.5-liter, naturally aspirated boxer engine with 182 horsepower and 176 pound-feet of torque while the stout XT models will receive the 2.4-liter turbocharged boxer offering 260 horsepower and 277 lb-ft of torque. All trims will receive Subaru's CVT with an eight-speed simulated manual mode.

There are a few in-cabin and safety tech changes to note as well.

For starters, all trims equipped with Blind-Spot Detection with Lane Change Assist and Rear Cross-Traffic Alert will now also receive Automatic Emergency Steering under 50 miles per hour. The top-tier Touring model also gains an additional forward-facing camera that works in conjunction with the existing dual Subaru EyeSight cameras. This wide-angle mono camera is said to aid in the detection of pedestrians and cyclists, specifically when the vehicle enters an intersection at low speeds. Subaru says that this camera will work in conjunction with the emergency braking system to stop the car if necessary.

The Outback finally receives an updated version of its portrait-displayed 11.6-inch infotainment system. It now features wireless Apple CarPlay and Android Auto, as well as What3Words integration, which is cool if you're someone who prefers to use in-car navigation. The Touring trim also gets an all-new LCD rear-view mirror.

And lots of orange accents.