Kia’s triple-threat Niro heads into its second, better-looking generation in 2023. 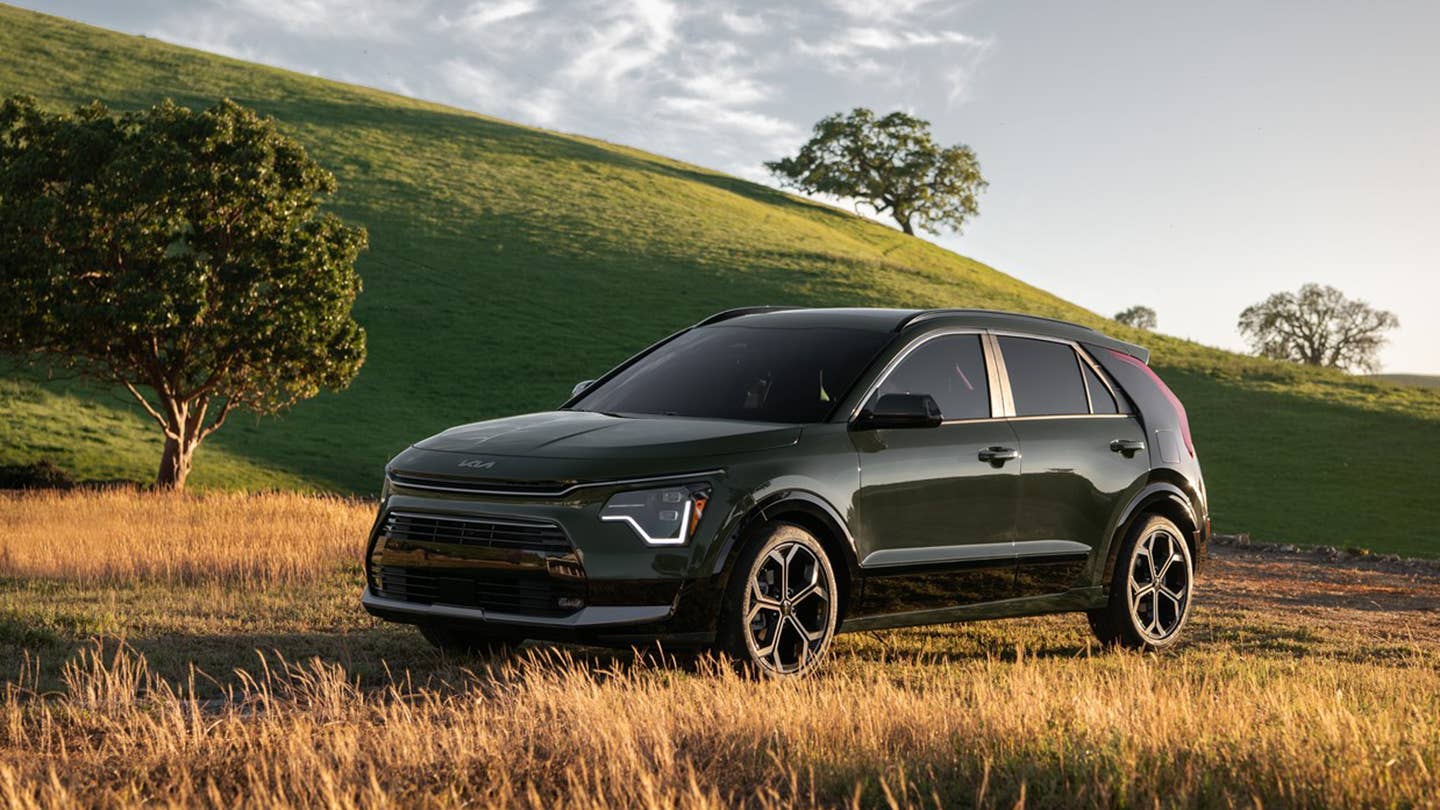 Kia is in the middle of an aggressive push for electrification; the Korean automaker is targeting 14 EVs launched within the next five years. That haste to develop a full lineup hasn't led it to forget about its existing models, however, and now the electrified 2023 Kia Niro is getting some love at this week's New York International Auto Show.

The second-generation Niro, as with the first, comes in three variants: A traditional hybrid, a plug-in hybrid, and a fully electric version. The hybrid comes with the same drivetrain as the outgoing model, with an electric motor and a 1.6-liter four-cylinder engine producing a combined 139 horsepower and delivering a targeted 53 mpg, as it did in 2022.

The plug-in version gets a bump up in battery capacity for 2023, however, with an 11.1 kWh unit replacing the previous 8.9 kWh unit; this means the new Niro PHEV is good for 33 miles of all-electric range before the gasoline motor kicks in, an improvement over the first-generation's 26 miles of battery range.

The fully electric version retains the same drivetrain as the previous Niro, with a 64.8 kWh battery pumping electrons to a 201 horsepower motor, but range gets a slight boost from 239 miles to a (targeted) 253 miles, thanks partially to a more intelligent and efficient regenerative braking system.

No matter which version of the Niro buyers choose, they'll get a slightly bigger CUV with styling Kia says is inspired by the absolutely wild HabaNiro concept unveiled at the last New York International Auto Show held in 2019, shortly before the world disintegrated. The second-generation Niro isn't massive by any means—just under two extra inches of length, up to 174 inches total—but it is handsome. The most striking feature is the Audi-R8-esque side treatment integrated into the boomerang taillights, along with an updated and markedly less bland front fascia.

The interior is significantly updated as well, with a two-spoke steering wheel that looks ripped straight from the company's first dedicated-platform electric vehicle, the EV6, and a medley of sustainably-sourced appointments, including recycled-wallpaper headliners.

While the Niro isn't Kia's most glamorous electric car, with the dedicated E-GMP platform based EV6 now on sale and a full electric range encompassing pickup trucks and a full-size SUV on the way, it's nice to see the ugly-duckling CUV blossom into a vehicle with a bit more identity. It's not quite a HabaNiro, but if I can't have gullwing doors, I'll take some funky colorways any day.

Kia EV9 Concept: An Electric Seven-Seater With a Polygonal Body and a Wild Interior

The only EV boxier than this is the Tesla Cybertruck.