Details are few and far between, but we won’t turn down more efficient trucks. 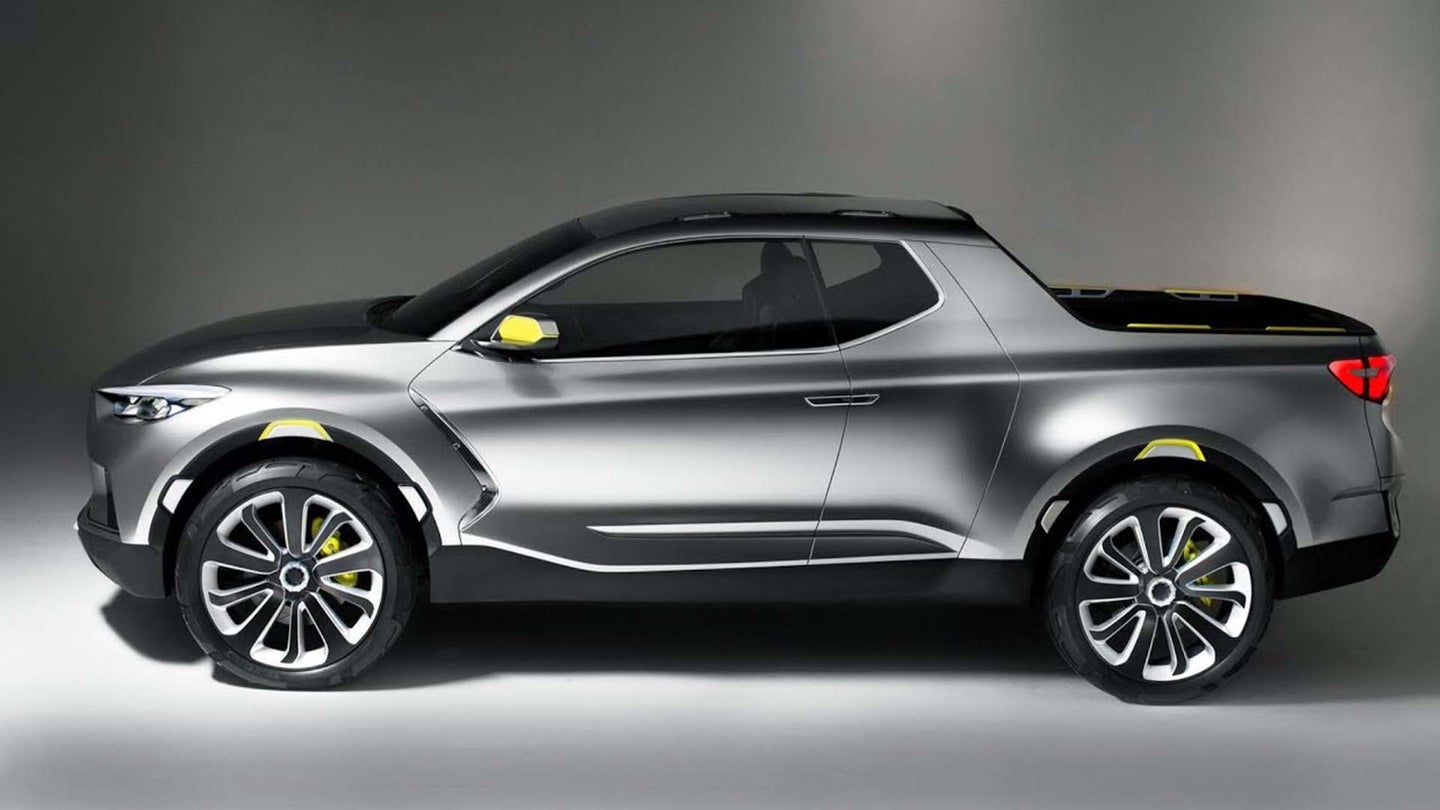 Kia has announced as part of its new electrification roadmap that it intends to have 14 different battery-electric vehicles in its lineup by 2027, and two of those will be pickup trucks. What's more, it plans to build these new pickups—and some electric mid-size SUVs—in America.

During its Investor Day event on March 2, Kia laid out an ambitious roadmap for the coming decade, hot on the heels of its first electric-only, E-GMP global architecture-based EV6 rolling onto American shores. The company said it aims to hit overall sales totaling 4 million cars annually by 2030, of which Kia wants over half to be some sort of hybrid or electric vehicle. The company further reaffirmed its intent to launch the EV9 in 2023, and said it'll be equipped with a form of "autonomous driving technology" that has not been previously offered, known as "AutoMode."

Details on the pickups, meanwhile, are relatively scarce. Kia only noted that there will be "a dedicated electric pickup truck and a strategic model for emerging markets—and an entry-level BEV model," but no further specifics were mentioned.

Kia's parent company Hyundai already has experience building small pickups as it launched the Santa Cruz late last year. Those trucks are already assembled stateside at the company's Alabama manufacturing plant, too. It's likely that some expertise will be shared there, and it wouldn't be surprising to see Kia's offerings end up in the same category as the Santa Cruz, at least in terms of size. Hyundai's unibody truck is only offered with gasoline powertrain options.

As the company's roadmap further unfolds and more details about these dozen-plus EV models Kia has planned are unveiled, I'll be interested to see which platforms it chooses to build its first pickups on, and if any heavy-duty work trucks enter the mix. It's doubtful, but here's to hoping—Kia's been making a cabover commercial truck called the Bongo in other markets for more than 40 years.

Kia EV6 Now Comes With About 4,000 Miles of Free Charging with Electrify America

The free charging credits can go a long way for owners who regularly charge up at home.

Kia’s hot streak continues with the all-electric EV6, which blends great styling and laudable handling in an approachable, usable package.

The 310-mile EV6 will offer rear-wheel drive and 225 horsepower. Other variants will offer up to 576 hp and AWD, but less range.