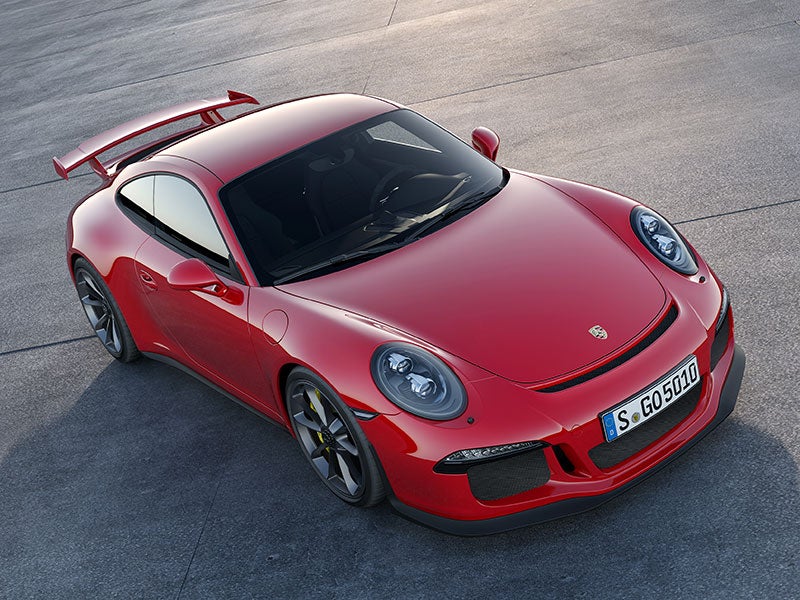 Most of Porsche may have converted over to the turbocharged faith, but there's at least one part of the carmaker that still clings to the old-time religion that holds there's no replacement for displacement: the GT division that builds Porsche's track-focused sports cars. And for the next round of GTs, Porsche may be planning on pushing their flat-six engine as far as the company ever has in a production car.

According to Autocar, both the next Porsche 911 GT3 and a future Cayman GT4 RS will be powered by a naturally-aspirated flat-six displacing 4.0 liters. If that size sounds familiar, that's because it's the same displacement used by the engines in the perennially lust-worthy 911 GT3 RS and 911 R; Autocar says the new motor will be an evolution of that motor, designed for increased durability compared with the units in those smaller-volume models.

The GT3 will reportedly be the first of the pair to arrive, with Autocar claiming it will break cover at the Geneva Motor Show in early March. In that form, the 4.0-liter boxer engine will reportedly be tuned to at least 500 horsepower, and connected to either a seven-speed dual-clutch gearbox or a six-speed manual transmission.

The Cayman GT4 RS will reportedly arrive a bit later, with its version of the engine detuned to produce around 430 horsepower. That's still a good 50 ponies higher than the outgoing GT4, and 80 more than the current, turbo-four-powered 718 Cayman S. (Interestingly enough, Autocar reports that the newest Cayman S is so light on its feet, it could match the GT4's 7:T42 Nurburgring lap time if it were shod with equivalent rubber.)

All that said, the GT division reportedly hasn't forsaken forced induction entirely. A brand-new GT2 RS based on the latest Porsche 911 Turbo is reportedly on track for the end of 2017; after earlier attempts to push the 3.8-liter twin-turbo six up as high as 700 horsepower were purportedly stymied by high engine temperatures, Porsche has supposedly settled on an output of around 650 ponies. Which, considering we're talking about a lightened, rear-wheel-drive 911, sounds just insane enough.