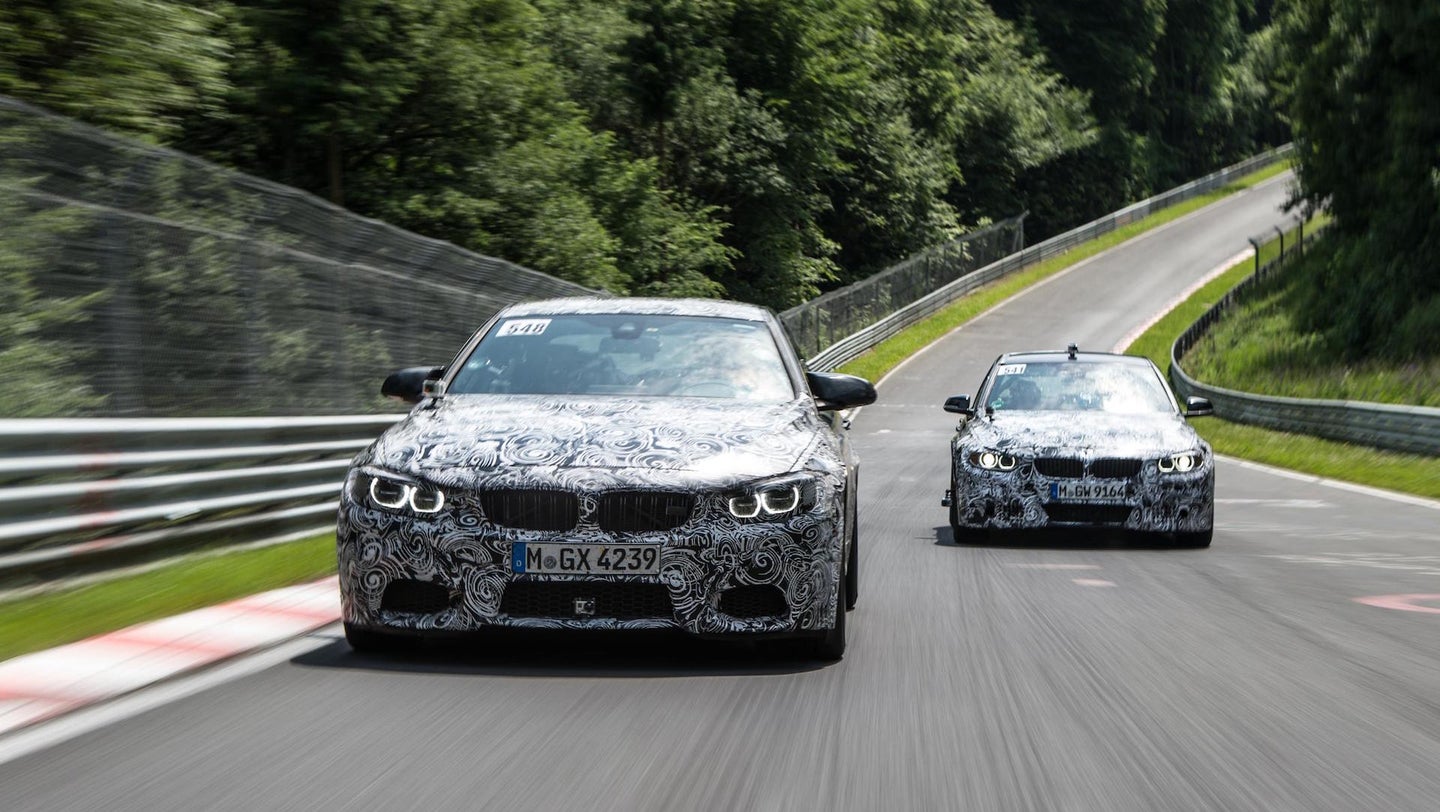 BMW’s M division has spent more than four decades cultivating an image: The bastion of motorsport-inspired enthusiast cars. But the brand’s caught its fair share of criticism in recent years, building heavier and more powerful cars, seen by loyalists as less driver-focused. (The crossovers, in particular, irk the M faithful.) It appears they’ll have more to gripe about soon.

According to Frank Van Meel, the boss of BMW M, an electric M car is “unavoidable.”

“It will happen,” Meel tells Auto Express. “The question is when is that going to happen. Currently we still have a power to weight issue with electrification which makes that difficult to fit into a motorsports philosophy … We already see the stop/start feature coming to M vehicles and the next step is electrification.”

He did not lay out any timeframe, allowing only that the M division’s move into electric powertrains will “take some time.” Meel added that hybrid drivetrains will come first, a stepping stone of sorts. The goal here, he says, isn’t about efficiency, but instead maximizing performance.

Meel, who took over BMW M in 2014, says his people will be working closely with the i Division, keeping tabs on the progress of battery cell and cooling technologies. But he ruled out the possibility of an M-prepped i3 or i8, claiming it “wouldn’t make sense.”

Odds are, all volume cars will eventually be hybridized or electrified. Such is the nature of adaptation, smart engineering, and progress. Internal combustion is likely to become a small market niche, a boutique product. So the takeaway here is less that we’ll eventually see a hybrid M5 or electric M2, and more that BMW will continue pushing M cars as a mainstream proposition, not shielding the brand via small-batch production.

Bottom line: If you’re one of those fellas who thinks the new turbocharged M3 is sacrilegious, you ain’t seen nothing yet.