The ‘Carolina Squat’ Truck Trend Is Outlawed in Virginia Now, Too

A fatal crash spurred a second state into banning the mod. 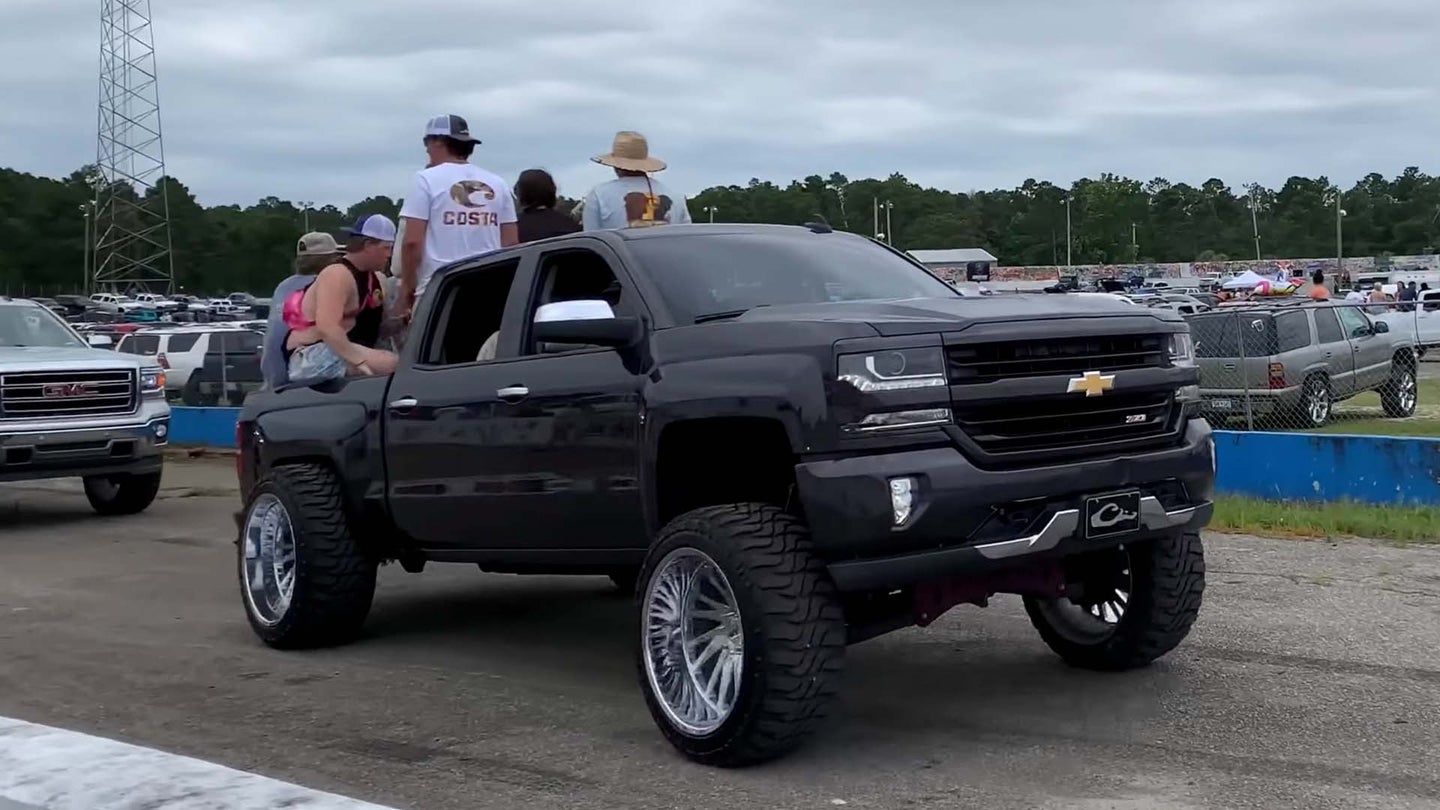 Like the "swangas" of Texas, the Carolina Squat is one of those truck mods you don't see everywhere in this country—for good reason. It involves lifting a truck's front end and dropping its rear, ostensibly to make it look like a race truck, but only resulting in a vehicle that scoots along like a dog scratching its butt. If you don't see trucks like this around you already, you probably aren't about to, as the Carolina Squat has been outlawed in a second state following a grisly fatal crash.

This Monday, Virginia Governor Glenn Youngkin signed Senate Bill 777 according to NBC 29, banning squatted trucks from state highways. The ban extends to vehicles whose front bumpers have been modified to be four inches or higher than the rear, allowing their drivers to be pulled over.

State legislators expedited the bill following a fatal crash on Feb. 16 involving a squatted 2016 Chevy Silverado. Driven by a 19-year-old, according to ABC 8, the truck was reported to have crossed the center line and impacted a 2006 Chevy Silverado. The latter truck was reportedly scattered across the road in the fatal accident, leaving the driver's seven-year-old son without a father. The squatted truck driver, whose view was believed to be obstructed by his modifications, was charged with reckless driving.

The bill's signing makes Virginia the second state to ban the modification after North Carolina, and yet a third could follow, as a similar law is advancing through South Carolina's legislature.

There's been heavy debate whether the modification should be outlawed completely or plainly discouraged. Some have made the case that although it's not everyone's taste, it's a unique sector of car culture nonetheless. That stance is harder to defend now seeing as it was partially to blame for the fatal incident last month, and governing bodies seem to agree.

The Carolina Squat, the Cali Lean, the Tennessee Tilt—whatever you call it, lawmakers want trucks like these off the road.