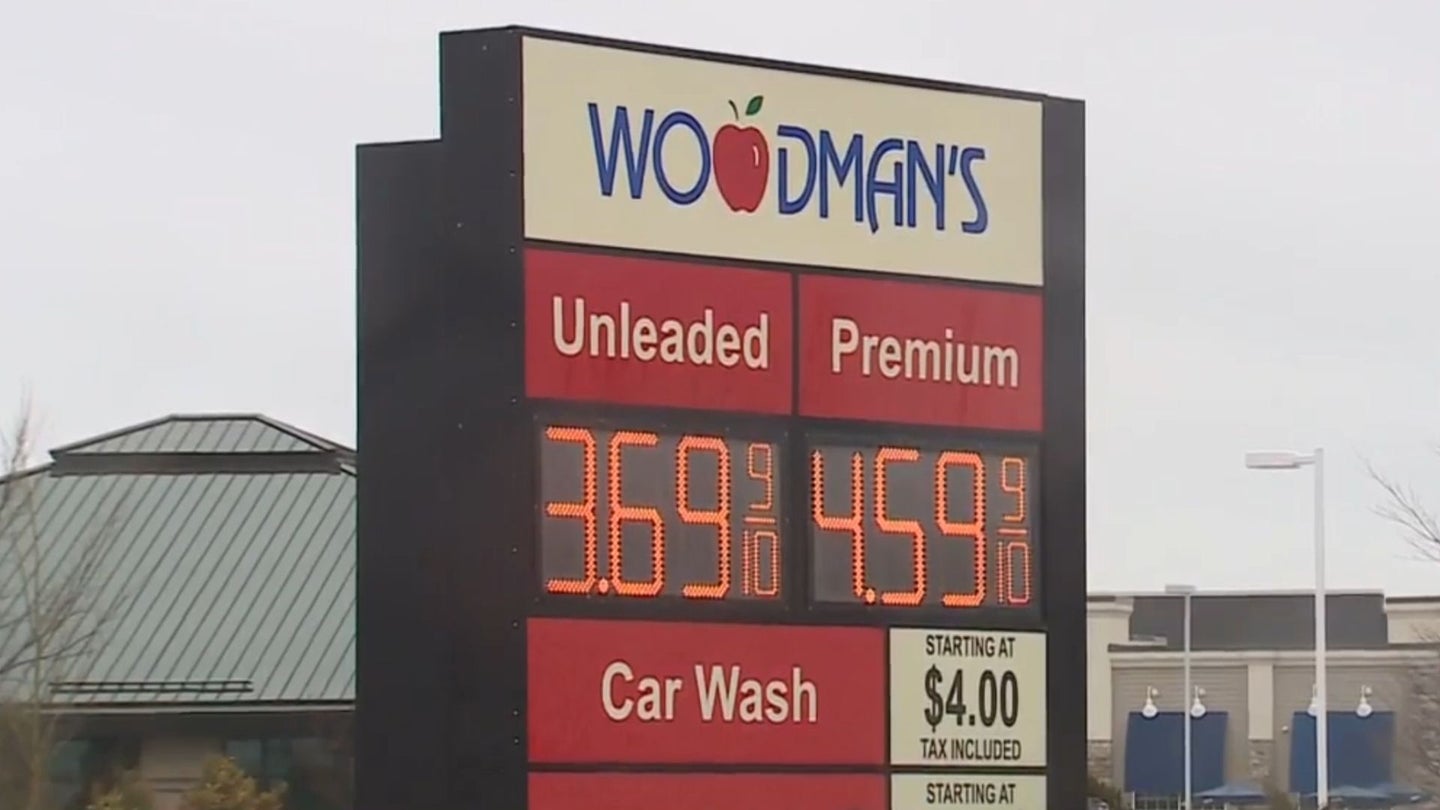 Just outside of Milwaukee in Waukesha, Wisconsin, two gas stations are suing a competitor for selling its gas at what they say is an illegally low price. As fuel costs rise and motorists scour sites like GasBuddy to save a few bucks, Woodman’s is coming out ahead. The nearby Shell and BP stations, meanwhile, aren’t happy about it.

According to WISN 12 News, Woodman’s said in legal documents that it’s simply trying to compete with Costco, which is a little more than six miles away. If residents in the area are anything like my parents, they’re not afraid to drive a few miles to get cheaper gas, and stations count on that. However, BP and Shell say Woodman’s is violating Wisconsin’s Unfair Sales Act, which in part says that merchandise—including fuel—can’t be sold below cost.

In a statement to WISN, Woodman's legal team said, "Woodman's is in full compliance with its Waukesha store gas pricing and believes this lawsuit is without merit."

On the State of Wisconsin's Department of Agriculture, Trade and Consumer Protection site, the law states in its Wisconsin’s Unfair Sales Act that "the practice of selling…below cost to attract patronage is a form of deceptive advertising and an unfair method of competition in commerce." Also called the Minimum Markup Law, the definition of cost is based on either the "average posted terminal price" or invoice cost, whichever is greater, plus a cost of doing business markup.

The Shell and BP station operators are each suing Woodman's for damages of roughly $80,000, based on the number of days they said Woodman's illegally outpriced them. Woodman’s, which celebrated 100 years in business in 2019, started life as a produce stand in Janesville, Wisconsin; today, It operates in Wisconsin and Illinois and has grown to a become a $2 billion company. It’s still a David in relation to the Goliath BP and Shell companies, of course.

Ironically, Nick Jarmusz, director of public affairs for AAA - The Auto Club Group in Wisconsin, Illinois and Indiana, told the Appleton Post-Crescent that this law dates back to 1939 and “was intended to prevent larger chains and retailers from undercutting small, local stations by selling gas as a loss leader.”

As of today, GasBuddy.com shows that gas at Woodman's costs $3.59 per gallon of unleaded regular, while nearby KwikTrip is selling for $3.58 per gallon and Costco, $3.49 per gallon.

Normally, big upticks in gas prices mean moves to hybrids, smaller cars and even EVs. But this is not a normal year.