This happy nonagenarian has discovered the fountain of youth: driving virtual cars. 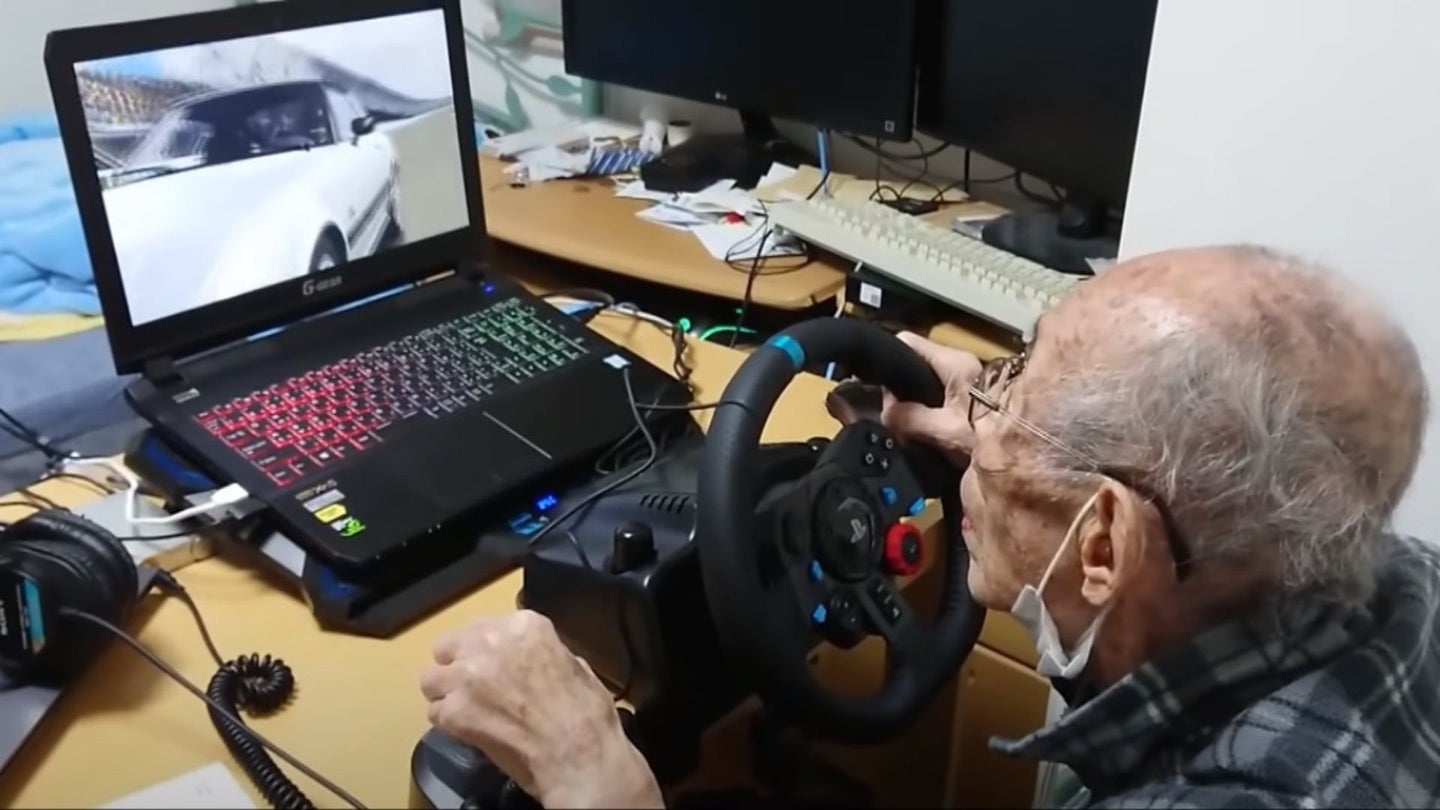 When I was a kid, Pole Position was my favorite video game. I loved sliding into the seat and pretending I was a racecar driver, one shiny quarter at a time. My mom or dad would drop me and my sister off at the arcade in Florida over Christmas vacation to gradually whittle away our coin supply; Burger Time and Centipede sucked up a whole lot of my money, but Pole Position was the best. I can still remember the sound effects the game would emit upon startup.

One 93-year-old grandpa is proving that you don’t have to be a kid to enjoy racecar gaming. He’s the star of his own YouTube channel with more than 8.5 thousand subscribers who watch his virtual driving sessions, so he’s doing pretty well for himself. Over the last several months, he and his grandson have created a number of videos.

With so many people all over the world stuck at home for the last year or so, it’s no surprise that so many turned to online entertainment. Still, it’s just so dang sweet to see a man in his golden years enjoying something so much. Think about it: he probably started driving as a teenager and had decades on the road before he hung up his license for good.

Gaming site Kotaku says this stately gentleman drove a taxi in Tokyo during the 1960s and dump trucks into the 1990s. Now he’s into Forza and anything else he can get his hands on from his chair. This enthusiast rocked a lap or two in a Mazda Savana RX7, the first time he had driven that model in more than two decades.

According to Sora News 24, this (very) experienced driver voluntarily turned in his real license seven years ago as a factor of his age. If the video is any proof, it’s clear he hasn’t forgotten the thrill of a manual gear shifter in his left hand and three-pedal action at his feet.

Honestly, I hope I'm open-minded enough to want to try something different when I'm in my 90s. This is one hip grandpa, and he's having a great time; the exhilarated look on his face says it all.

What is arguably the best modern arcade racing game is coming to the world’s biggest PC gaming platform.

Yes, even the ads. In-game graphics have come a long way.