This is probably the closest you’ll ever get to racing a BMW superbike. 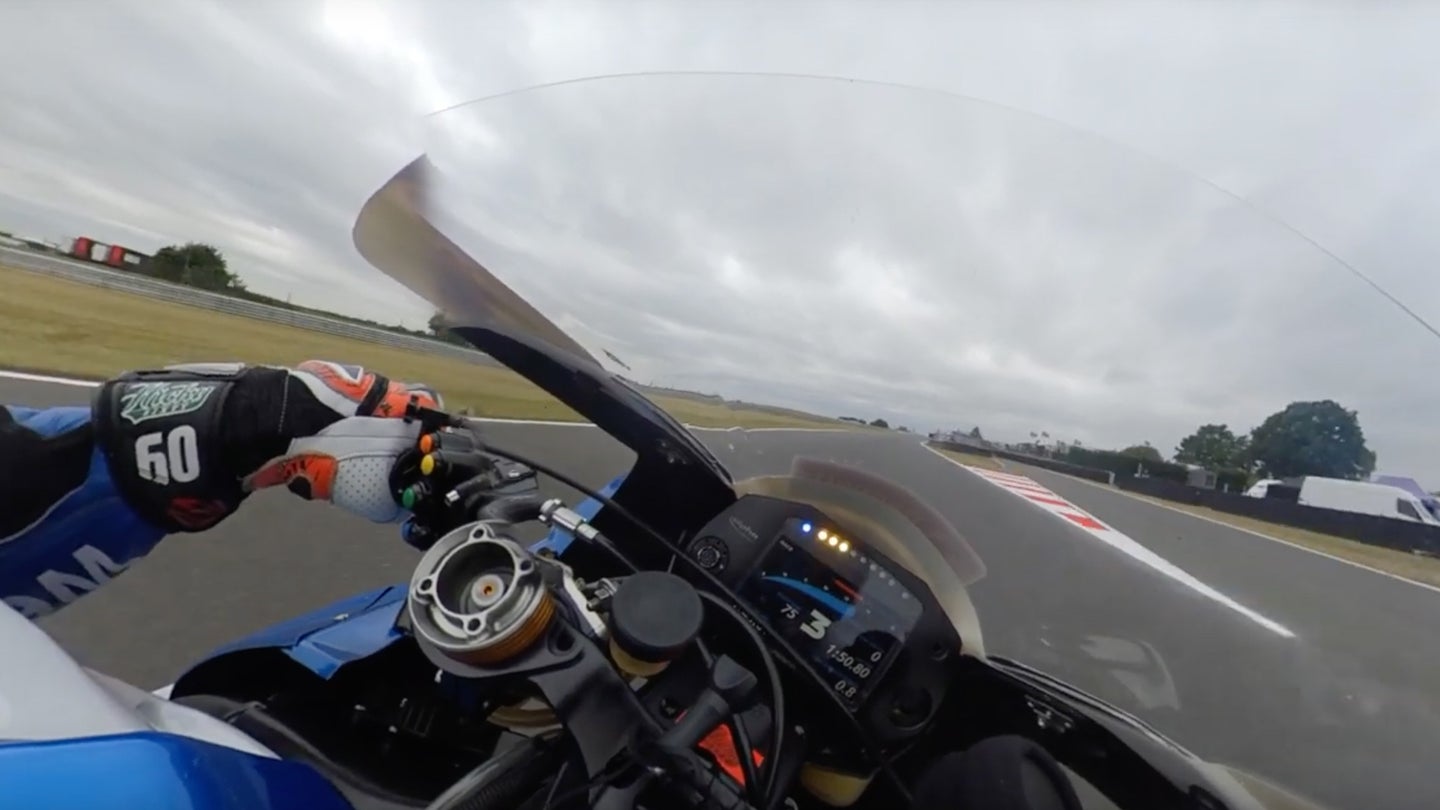 Motorcycle racing is one of the most intense forms of motorsport, but watching the action on television falls well short of conveying how crazy things can actually get. British Superbikes racer Peter Hickman and photographer Amanda Leeming changed that when they strapped a special 360-degree camera on his BMW racing machine to capture the full view of a high-speed run around Snetterton Circuit in Norfolk, England.

The effect is dizzying but impressive, as we’re able to get a fully rotating view of the action. Leeming used an Insta360 One R Twin Edition camera to film the action and attached it to the motorcycle's headstock using a GoPro mount and a cable tie for extra security. The BMW S1000RR that Hickman rides in the video is capable of reaching 200 miles per hour in a jiffy, so having a camera fly off at those speeds would obviously be less than ideal.

Hickman holds a record for being the fastest newcomer ever at the fabled Isle of Man TT, clocking a fastest average lap speed of 129.104 mph and an average race speed of 125.38 mph. The Isle of Man race is fast, intense, and most definitely deadly, so seeing the action unfold from a 360-degree camera setup like this one would be an intense experience, to say the least. In the meantime, we're satisfied with seeing Hickman duck and dive from one apex to another at Snetterton all the same.

While it certainly looks cool, this type of footage can have practical applications as well. We’ve seen point-of-view cameras mounted to motorcycles for quite some time now, but this angle adds a completely new dimension that could help in every situation from road-riding to instructional courses.

It was the Scottish rider’s dream to race at the world-famous Isle of Man TT. He was 26 years old.