The car was spotted in a suburban retention pond after a neighbor casually scanned the neighborhood on Google Maps. 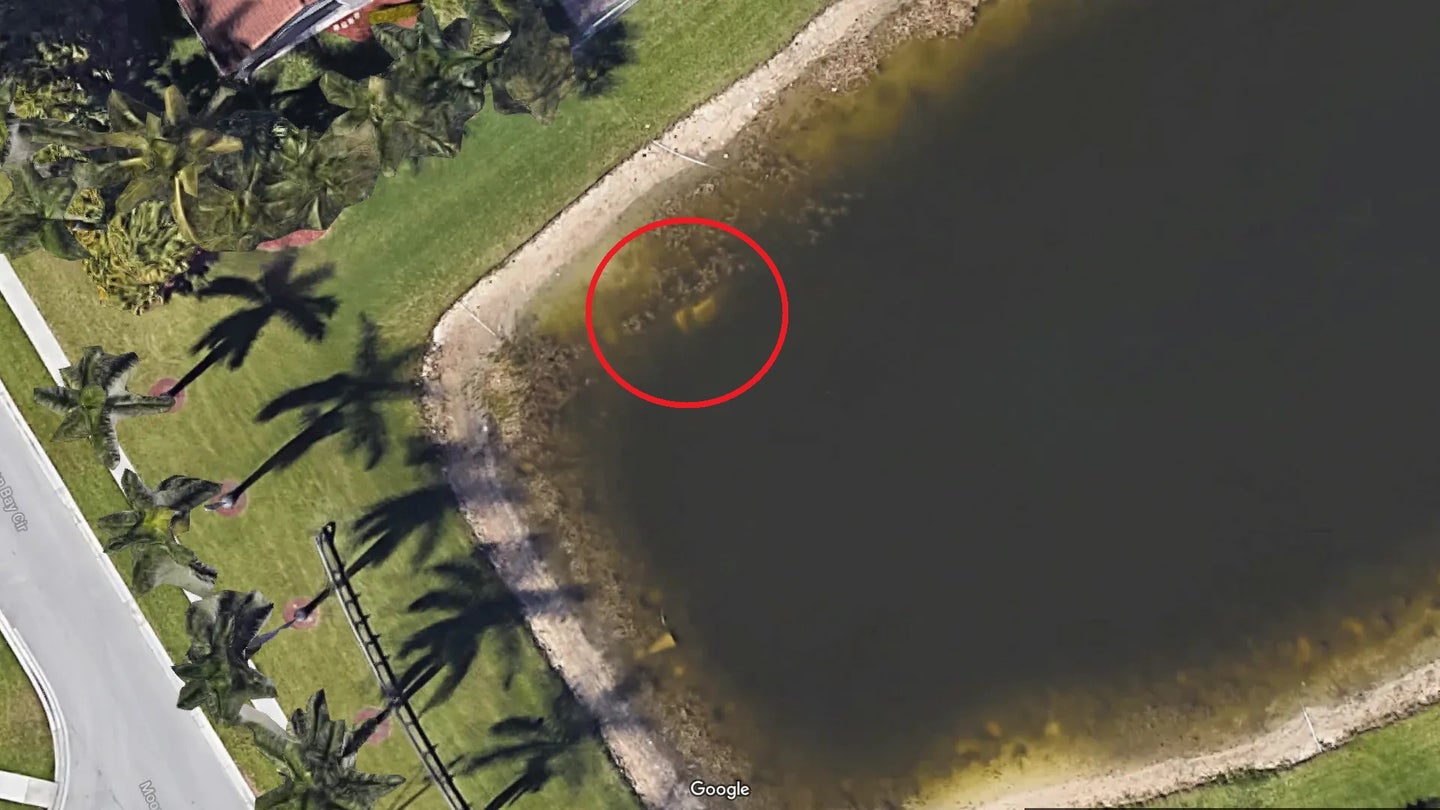 Google’s terrestrial software in both Earth and Maps’ Street View form has revealed some interesting and entertaining moments since it launched. But how about casually solving a missing person case? Last week, the cliffhanger to a case in Wellington, Florida finally came to a close after a Google Earth image revealed the man’s car (and his remains) submerged in a retention pond in Palm Beach County.

According to The Palm Beach Post, William Earl Moldt officially went missing on November 7, 1997, after reportedly driving home from a nightclub that evening. From his case’s details via the National Missing and Unidentified Persons System, Moldt was a mortgage broker and was spending some downtime at the club. After he left, witnesses said he didn’t appear to be drunk, but he failed to return home, prompting his girlfriend to file a missing person report.

Fast forward 22 years, Barry Fay, a resident of the Grand Isles complex in Wellington, received an interesting message from his neighbor, who was casually browsing the neighborhood with a bird’s eye view through Google Earth. Fay’s neighbor then texted screenshot images of the retention pond next to his house when she noticed something odd: a submerged vehicle.

“She said, ‘Tell me if you think that looks like a car,’” Fay told The Palm Beach Post when he received the photos. He said "yes," in his replies.

“She said, ‘Silly, that’s behind your house,’” Fay continued.

Upon acknowledging the image, Fay went to his backyard to survey the pond but didn’t see anything out of the ordinary from the shoreline. He also claimed that he never has in his 14 months since moving there, even after spending time in his backyard doing landscape work and planting pineapples.

To further investigate, however, Fay called another neighbor who had a drone to do aerial surveillance of the pond and voila, the car was in plain sight, leading him to call the Palm Beach Sheriff’s Office. Upon recovering the vehicle, a 1994 Saturn belonging to Moldt, police were able to locate Moldt's remains inside.

“They had my whole backyard roped off with crime-scene tape,” he continued in his interview. “Never did I believe there would be a 22-year-old dead body.”

According to other reports, when Moldt went missing, Fay’s neighborhood was under construction at the time. It wasn’t until 1998, a year after Moldt’s disappearance, that construction crews erected a barrier to keep motorists from driving into the pond.