The race weekend offers up $80,000 in prize money with star drivers like Andy Lally competing for the win. 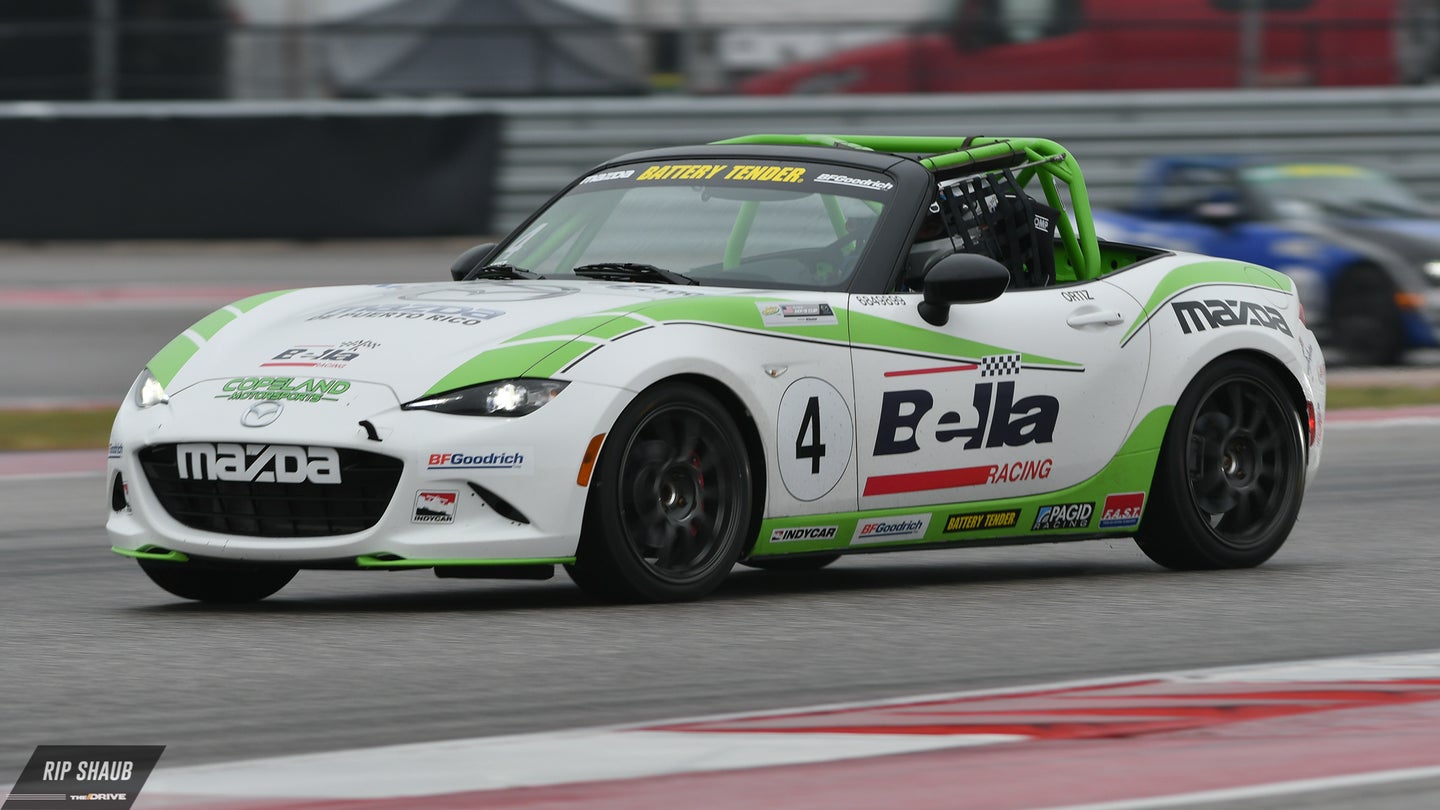 One of America's most popular grassroots motorsports programs, Global MX-5 Cup, is set to run at Sebring International Raceway this weekend. The packed field features both developing drivers and established names, all competing in spec equipment for $80,000 in prize money. Mazda USA will be live streaming the event on its YouTube channel where you can catch both races in their entirety, free of charge.

Andy Lally, a five-time class winner of the Rolex 24 at Daytona, will be driving with Atlanta Speedwerks. The Sebring event will, in fact, be Lally's Global MX-5 Cup debut, one for which he's excited to make given the series inherently competitive nature.

“Last year, I found out about the big Global MX-5 Cup race during that race weekend, so I kind of kept an eye on it and [team owner] Todd (Lamb) and I touched base about it a long time ago, but it was just in passing,” said Lally. “I’ve been friends with Todd Lamb for over 25 years and we used to race karts against each other back in the day. When the series announced that it would be at Sebring he gave me a call and I said ‘absolutely!’’”

“I know this race is going to be a scrap, I know it's going to be the best guys on the planet from Mazda’s ladder coming in here,” continued Lally. “By no means an I under the illusion that this is some IMSA WeatherTech driver coming down to steal some candy from babies. I’ve watched a lot of these races and it’s rare they have a race that you get a driver that comes across the line clear to the checkered flag. These guys are two and three wide every other lap and that’s what I’m looking forward to the most. This is going to be an absolute scrap and that is my favorite kind of racing. Whether it’s IMSA, NASCAR or Global MX-5 cup, if there is a shot at a fun race I’m all about it.”

In all, drivers from 10 states, plus Puerto Rico, Russia, and Japan will compete for the purse.

“Having drivers from around the world, and especially three racers from Mazda’s home country, is really special,” said John Doonan, Mazda North America Motorsports Director. “The word ‘Global’ is right in the name of this series and we continue to have international interest in growing this program. Having the Challenge event is a great way to showcase the incredible racing that comes with this Global Mazda MX-5 Cup platform, and we are thrilled to see the show that these racers will no doubt put on for us at Sebring.”

You can watch Saturday's Global MX-5 Cup race, which starts at 4:05 p.m. EST, on Mazda USA's YouTube channel. Then, on Sunday, tune in to view the second race which goes green at 9:50 a.m. EST.